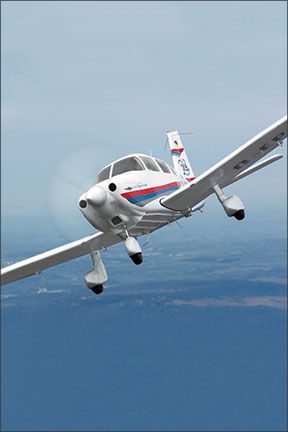 When Continental Motors announced last summer that it had bought the assets of Thielert Aircraft Engines, it promised to move aggressively to expand the aerodiesel market. In April, it made the first delivery on that claim when Piper announced the Archer DX, its first diesel-powered aircraft and perhaps the first U.S.-manufactured model to make it through the cert hoops to market.

Piper unveiled the Archer DX at the Aero show in Friedrichshafen, Germany, for good reason. Given the DX’s high purchase price—call it $400,000—and persistent high engine replacement costs, the DX’s economics appear realistic only in parts of the world where avgas is either substantially more expensive than it is in the U.S. or not available at all. That would be Europe, Asia and eventually Africa, as the emerging economies there learn to fly.

The DX represents both Continental’s first OEM deal for the Centurion and also the first new aircraft to have the Centurion 2.0s diesel, a 155-HP variant of the basic 135-HP powerplant that the former Thielert Aircraft Engines put on the map, along with Diamond and a handful of modifiers in Europe. The engine has been available for at least seven years, but thanks to Thielert’s long bankruptcy snooze, it never found much market presence.

World Airplane
At Aero in April, Piper CEO Simon Caldecott was forthright about the DX’s place in the market. He doesn’t see it as a North American solution, nor does he see it cannibalizing sales of the Lycoming-powered Archer which, in 2013, were soaring to the highest numbers Piper has seen in years. (The company sold 48 Archer IIIs in 2013, making it Piper’s best- selling model, even ahead of the popular Mirage and Meredian.)

“Piper has taken the strategic approach to our products in trying to capture new markets where we really haven’t been selling enough training aircraft. For us, one of the challenges has been the avgas issue and it’s a global issue,” Caldecott says.

As Aero was closing in mid-April, the DX demonstrator was scheduled to complete a Europe-wide tour before returning to the U.S. sometime later in the summer, probably for a showing at AirVenture. “We’ll be showing it in North America. We believe there will be some interest there, but that’s not the ultimate solution for the U.S.,” Caldecott says.

Piper claims—and our economic analysis confirms—the DX’s numbers appear to work with avgas prices above $8 and at least a $4 difference between avgas and Jet-A prices. Avgas in Europe typically costs between $9 and $12 while Jet-A hovers around $7. Still, the DX will appeal more to flightschools than to individual owners, even in Europe.

“Flightschools, where they’re flying maybe 1000 hours a year, will get a very quick return on their investment,” Caldecott says.

Piper’s pitch to schools will be lower acquisition cost and considerably lower operating costs. Caldecott says Piper kept the DX’s price below $400,000, if only by $500 at $399,495, to make it more appealing against its competition, chiefly the Cessna 172 and the Diamond DA40.

Cessna’s 2014 list price for an autopilot-equipped Cessna with synthetic vision is about $418,000. The DA40 gasoline version price is $469,000, while the Austro-engine diesel version sells for $489,000, variable with exchange rate.

Purchase price aside, in its marketing materials, Piper claims 38 percent lower fuel burn than the Lycoming Archer and 31 percent lower operating costs. Although these numbers are a little rubbery depending on assumptions about power settings, our analysis supports the basic directionality.

Airplane, Engine
The aircraft we flew with Piper’s Dave Athay was a converted Archer LX, having been delivered to Continental’s developmental center in Altenburg, Germany, for the refit. Altenburg is a former East German military airfield where Thielert did all of its test work beginning around 2002, including STC development for converting Cessna 172s, Piper Warriors and the French Robin to diesel engines. Thielert recognized that breaking into the OEM market with an untried, automotive-based engine would be difficult, so it developed the STCs early on.

The DX is a direct derivative of that work; it’s not a new type certificate, but an STC engine conversion. Piper is using the Centurion 2.0s, which was a developmental offshoot of the 1.7 and 2.0 Centurions. All of the Centurions are based on the Mercedes OM640, a four-cylinder turbocharged diesel used in A-class sedans popular elsewhere in the world, but not sold in the U.S.

While the original Centurion has 135 HP, the 2.0s, simply by dint of ECU changes, delivers 155 HP through a three-blade MT wood/composite prop. Like the earlier engine variants, it has common rail, 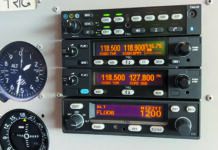 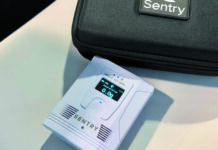