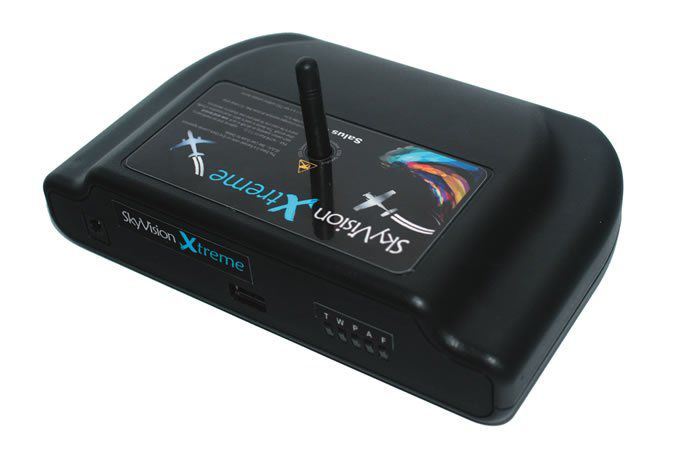 Let’s play regulatory devil’s advocate, shall we? The SkyVision Xtreme Salus-3 portable ADS-B transceiver is nearly the perfect solution for the most basic aircraft. It’s packaged in a durable portable housing, it has internal WAAS GPS, it can work with popular tablet apps, can run off its own battery, it doesn’t require a pricey installation and it can be carried from one aircraft to the other. Best of all—at $1099—it’s priced less than a high-end ANR headset. But without TSO 154C approval, it’s still considered another piece of glareshield candy.

The snag? Its portable design means that winning TSO approval for mandate compliance in certified aircraft might be impossible. On the other hand, it can be argued that since the FAA’s original ADS-B Out rule is performance-based, compliant solutions aren’t limited to permanently installed equipment.

That’s why we think the SkyVision Salus-3 system has potential, since it would likely take another ADS-B rule change to definitively prohibit portable ADS-B solutions, even if they meet TSO 154C performance standards. Let’s take a closer look at the Salus-3, a device that SkyVision says meets that standard.

SkyVision’s Harry Sanders recognized the need for better traffic alerting while flying with a passive portable traffic device in his Piper Seneca. After countless missed targets and dealing with its overall lousy performance, his research for an alternative took him to the FAA’s NextGen program. At the time, the only available ADS-B solution was Garmin’s GDL90 UAT transceiver.

In 2008, Sanders teamed with other software writers and began developing ADS-B software which focused primarily on traffic and weather presentation. However, he soon realized he would need his own hardware platform to play it on, even if it’s made by third-party vendors and assembled at his Asheboro, North Carolina, facility. The flagship Salus-3 (Latin for “safety”, and 3 for third-generation) is the latest device.

At 7 by 4 by 1.5 inches and weighing 1.1 pounds the device is large, but designed to fit between the lower portion of the windscreen and the glareshield. With integral Wi-Fi, it can connect up to seven iOS or Android devices and is powered by a cigar lighter adapter, but there is an optional ($94) Li-ion battery.

The Salus-3 is equipped with an internal WAAS GPS receiver and antenna that SkyVision says meets all of the specifications for an ADS-B positional source, but lacks certification—another snag that could hinder ultimate FAA approval. The device transmits ADS-B Out via 978 MHz UAT and is equipped with a dual band (978 and 1090ES) ADS-B receiver.

The Salus-3 has a simple feature set and requires little user interaction. The rear of the chassis (the aft-facing portion of the device) has five LED indicator lights. These illuminate when traffic alerts are received, when ADS-B weather data is received, when the unit is participating in a ground station uplink, when in anonymous mode (squawking VFR 1200) and a failure annunciator, warning of a processor failure.

A concern with portable ADS-B Out devices is the potential for signal shadowing when the antenna is contained inside the cabin, although it worked well in our flight trials. SkyVision is working on a configuration for connecting with an external L-Band transponder antenna, plus an external GPS WAAS antenna.

This is SkyVision’s dedicated ADS-B weather display with synthetic vision traffic software. Like most synthetic vision systems, the software is intended to mirror the real-time traffic and weather environment outside the aircraft, and the user can select 2D or 3D traffic modes.

The software also serves the critical function of programming the Salus-3 for operation in the ADS-B environment. This includes entering the aircraft tail number and ICAO, or Mode S code, as assigned in the FAA registry. Data entry is accomplished within the UAT control panel interface page, accessed through a dedicated onscreen control panel button.

At this time, Salus-3/Xtreme Vision functionality is only available on the Microsoft Windows CE operating system. SkyVision offers the Hewlett-Packard Stream 7, a 7-inch tablet computer preloaded with the Vision software for $300. The Stream 7 has a 1280×800 pixel LCD display and an Intel Atom processor. If you’re accustomed to using an iPad or current Android tablet, the HP will seem heavy and thick by comparison. Xtreme Vision software and data updates are free.

Xtreme Vision can be displayed in landscape or portrait view, and we found the user interface to be intuitive and uncluttered. A data field in the upper corner of the horizon displays ownship data, including pressure altitude, groundspeed and vertical speed. There is a dedicated data field at the very top of the horizon for displaying the current track, while a status indicator box in the upper right indicates the disposition of the connected UAT.

Accessing FIS-B weather and ADS-B traffic for display is a simple matter of pressing onscreen buttons, including the text button for textual weather products, the NEXRAD button for radar images, plus a TFR/NOTAM button. Weather and traffic is overlaid on a dedicated map.

The text weather button automatically brings up the closest reported text weather information. Text weather is displayed in a text box where you can view METARs and TAFs in plain English or in their encrypted format by clicking the “View Raw/Decode” button. The “look-up wx” button allows you to search for weather reports by typing in specific airport identifiers.

Tapping anywhere on the map will bring up the text weather for all weather reporting stations within 30 nm, while a dedicated pan button enables tap-panning the map. Each tap will re-center the map around the location that was tapped. The NEXRAD window can be expanded for full-screen viewing.

A dedicated traffic window includes a text box showing a target’s relative distance, altitude, heading and speed. Additionally, “surroundings” scan buttons scan the surrounding area around the aircraft in 3D. The 3D mode can be panned using touch-and-drag on the display. The view rotates (with the ownship as the primary axis) with a full 360-degree range of motion.

Traffic can also be displayed in 2D representation with a circular, adjustable threat veil around the ownship symbol. While this is the more familiar and standard method of monitoring onscreen traffic, the 3D view is far more dynamic and reduces the amount of time it takes to interpret a threat target, in our view. The 2D window can also be moved anywhere on the display by simply touching and dragging it.

The software has audio outputs for alerts, which can be toggled on or off with a dedicated audio alert button.

Xtreme has character representation for ADS-B traffic targets, differentiating rotorcraft, airships and ground vehicles. Aircraft up to 12,500 pounds and not equipped with ADS-B are simply represented as a small high-wing character, while aircraft above 12,500 pounds and faster than 210 knots are painted as a large jet.

Compared to other apps, flight planning and navigation is quite basic, although you can create and edit a flight plan, which is accessed in a dedicated flight plan button. We found it refreshingly simple, actually. Simply add and delete waypoints in a straightforward flight plan window.

Xtreme Vision has a unique data capturing and playback function, allowing you to view the captured 3D flight data on a Windows PC. We didn’t try it because it simply won’t work on a Mac.

And that’s the rub, for now, with the Salus-3. It isn’t compatible with Xtreme Vision running on iOS, although SkyVision told us it is working on an upgrade that will offer compatibility with the iPad—something we think will be imperative, moving forward.

The Salus-3 is compatible with iOS through a few third-party apps that support ADS-B functionality, including Wing X, iFly GPS, Naviator and eKneeboard. SkyVision’s Harry Sanders made it clear that it will not work with closed applications from Garmin and ForeFlight.

SkyVision offers a TSO-certified solution with its $3295 Gen2 “briefcase” ADS-B In and Out system. It uses the mandate-compliant NavWorx UAT unit enclosed in a portable casing.

With a little over four years before the ADS-B mandate arrives, SkyVision has some time to work out the regulatory logistics of getting the Salus-3 portable device (or perhaps an updated model) for mandate compliance in certified aircraft. In our view, the current Salus-3 is smartly designed to do just that, especially with its uniquely simple transponder signal/pressure altitude interface. But, an external antenna interface could be a requirement, hindering portability and the ability to share it between multiple aircraft.

Still, we think the FAA should recognize portable systems like the Salus-3 as a worthy solution for aircraft that simply can’t accommodate permanently installed systems.