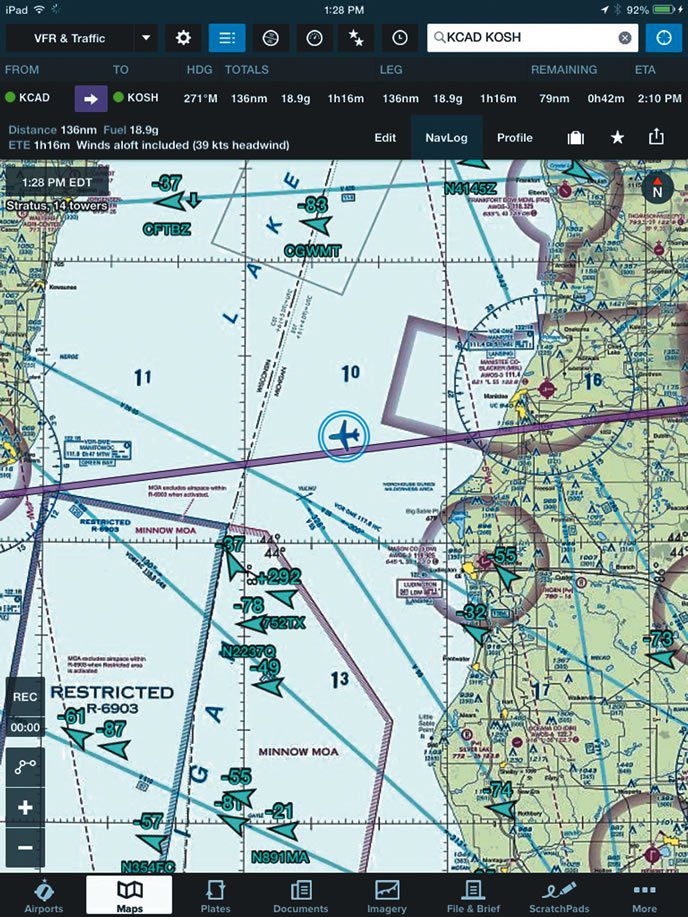 We’ve reported favorably on the Stratus portable ADS-B receiver series that provides inflight weather, traffic and GPS position to the ForeFlight app on iOS devices. ForeFlight is one of the more popular navigation apps on the market and the Stratus WiFi units drive it well. The only shortcoming has been an issue of hardware reliability, particularly of the power plug. I’ve dealt with that problem first hand as three Stratus units have failed due to power plug issues in the airplane in which I’m a co-owner.

The Stratus development team—Appareo on the hardware end, ForeFlight handling the software and Sporty’s as the exclusive sales and support outlet—released two new models of the Stratus in conjunction with AirVenture this year. The team has not only upped the ante on available features, it sensibly replaced the power plug with a USB Type C power connector that promises to help keep the units from self-destructing.

The new models are the 1S, targeted at VFR operators, and the 2S, aimed at the IFR pilot crowd and marketed as the “ultimate iPad upgrade.” I’m not sure about that claim—ultimate means it can never be improved upon. However, after 10 hours of flying the Stratus 2S over three days and some 1300 NM, my initial impression is positive. The flights included one on which the alternator dropped off line and refused to return. Continuing to a suitable airport meant load shedding that shut down all the panel-mounted navigation, traffic and weather devices. The Status and iPad continued to work happily together without benefit of the aircraft’s electrical system.

The directions for getting started with any Stratus unit are about as simple as humanly possible: charge the battery, put the receiver in the mount in the aircraft, turn it on, connect your iOS device to the Stratus network and open ForeFlight Mobile to confirm the connection.

The new 1S and 2S promise better ADS-B reception, faster GPS lock (I noticed that on my flights) and better thermal protection via an upgraded fan and sealed battery.

The $549 Stratus 1S provides a next-generation lithium battery with a promised eight-hour endurance and the ability to withstand some 300 complete discharge cycles. It has single-band (978 MHz) ADS-B traffic, an internal WAAS GPS and will connect to a remote ADS-B antenna (although our experience has been that the internal antenna is adequate). As with earlier versions, it is a WiFi transmitter and connects with as many as five iOS devices using ForeFlight. There are no cords needed when it’s running on its internal battery.

At $899, the Stratus 2S has all the bells and whistles on the 1S and adds an Attitude Heading Reference System (AHRS) giving backup attitude, altitude and groundspeed on the iPad, dual-band ADS-B traffic, an automatic flight data recorder, WiFi security to allow the pilot to hide the network name and/or add a password and a pressure altitude sensor that also powers ForeFlight’s cabin altitude advisor. The flight data recorder logs position, altitude, pitch, bank and pressure altitude—the data may be stored as a ForeFlight track log or replayed in Google Earth or CloudAhoy.

Because of the reliability issues we had with previous Stratus models, we’ll be doing a long-term review of the Stratus 2S and report on how it holds up in service.