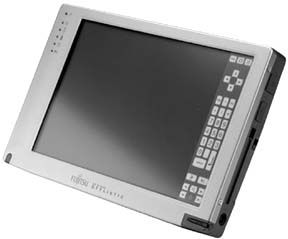 If youre thinking about datalinked weather for your aircraft, I offer this observation: the road to datalink Nirvana may be a bumpy one. You may find the trip more frustrating than its worth.

After what I thought was careful consideration of several weather systems, I decided WSIs new Inflight product offered the performance I wanted and was the most appropriate for the airplane I own, a TBM700.

I visited the WSI Website, downloaded the demonstration software, scheduled a conference call demonstration and was impressed with WSIs offering. (If youre interested, I recommend their Website at www.wsi.com). I have enough glass-two-tube EFIS 40 and an Argus 7000CE-in my airplane and I didnt want to revamp my entire panel to add a multifunction display, such as the Garmin AT MX20. As an alternative, the WSI receiver is remotely mounted and offers the option of connecting by cable to a portable display, a tablet-type computer. So thats what I decided to do.

FSDO Says No
While my avionics shop installed the WSI receiver, my first ($1500) surprise came when the local Philadelphia FSDO wouldnt approve installation of the non-TSOd WSI AV-100 system.

They took this position despite the fact that the WSI receiver was connected only to aircraft power and a dedicated antenna. WSI claimed most FSDOs allow their less expensive unit to be installed when displayed on a portable device. However, only the TSOd AV-200 unit will be approved when wired to a panel-mounted display. That makes sense. It makes no sense for the FSDO to dig in on the portable option, however. Despite what WSI says, approvals for portable installations may be hard to come by. (Weve since contacted WSI and asked about this. The company concedes that the FAA has been inconsisent in approving the portable set-up.)

As my airplane is pressurized, I needed special engineering (about $800) to design and move antenna locations to accommodate the WSI antenna. The WSI antenna must be placed as far as possible from transmitting antennas to avoid interference.

My laptop computer is too big for the cockpit. Even if the copilot seat is empty, a laptop is an impractical airborne display. WSI weather can be displayed on a PDA, but I found these screens to be too small. A tablet computer used as a kneeboard was the right size, and could also display almost full-size approach plates using JeppView.

The tablet with the best display for day and night seemed to be the Fujitsu Stylistic LT P-600. You must specify the model with the transilluminated daylight-readable screen, however. The screen is quite legible in direct sunlight and in dim light, and is marginally acceptable in diffuse light. Unfortunately, this rather expensive computer is sold la carte, and several optional accessories are required.

I initially ordered the Fujitsu tablet without a keyboard, as I didnt plan to use keys in the cockpit and would depend upon the touch screen for entry. However, the computer wouldnt allow Windows 2000 to be initialized without a keyboard. I confirmed this with Fujitsu phone support and then had to purchase the keyboard ($100).

What Ports?
The WSI system requires separate serial ports to bring weather and optional GPS information to the computer but the computer has only one serial port. Another $200 bought a Socket-brand dual serial card that converts the PCMCIA slot into two serial ports. WSI advised that I buy the ruggedized version, as the standard model connections between the cables and PCMCIA card are tender. I support this recommendation.

Socket software and hardware has to be installed, of course. And once this is done, the computers PCMCIA slot is filled by the Socket card and is thus unavailable for other use. The optional Fujitsu CD player ($134) also uses the PCMCIA slot so-you can see where this is going- I had no way to load the Socket software from the supplied CD disk.

After discussion with Socket support, I downloaded the required programs from their Website to my desktop computer using a highspeed cable modem, as I do not have Internet access on the Fujitsu tablet. I loaded the required files on a USB flash card-that was a bargain at $60-and then transferred them to the tablet computer. I then ran the Socket installation programs and then configured the two serial ports. I labeled the two serial leads WSI and GPS to prevent confusion.

I also moved WSI software downloaded from the net to the tablet using the USB flash card. I configured WSI software so it would match the Socket two-serial port assignments, correctly displayed in portrait mode on the computer screen and configured to accept Bendix/King KLN90B GPS data. I signed the WSI agreement and paid for a year of satellite access at $600. The required agreement indemnifies WSI from liability and limits their exposure to no greater than the cost of 12 months of service. However, its unusual in requiring that the subscriber pay for all expenses in defending WSI from any third-party actions.

Meanwhile, my avionics shop wired the WSI receiver to the aircraft ground clearance voltage source so I can access weather before engine start, while leaving other avionics off, except for one navcomm and the GPS. Two leads with DB9 plugs provide serial WSI and GPS inputs for my computer. A third lead supplies aircraft power to the tablet through a Fujitsu auto/aircraft converter. Add another $100 for that.

Switch On: Poof!
Here goes. Turn on the power and…WSI weather wouldnt display on the tablet! I could display weather on my configured laptop and the Socket PCMCIA card and software were functioning. However, I could get WSI data only once out of six tries on the tablet and never saw GPS information, which is supposed to automatically center and georeference the display.

WSI support suggested rewiring, but this confused the GPS. It responded with a flashing message warning that could not be cleared and GPS output to the Argus Moving Map display was lost. After several discussions with WSI, I was told a secret. Serial data cannot be presented to the Fujitsu tablet before it is booted. Otherwise, the computer considers the serial input as plaintive electronic cries from a confused mouse and it will not function properly.

I finally had the system working consistently and then made the mistake of trying to upgrade Jeppesen FlightStar to Version 9.0. The tablet computer locked up due to failure of the Windows 2000 operating system. Several hours on the phone with Fujitsu support didnt solve the problem.

This particular Fujitsu computer is sold without back-up operating system software on CD and without a software image on the hard disk. So the computer had to be sent in for repairs.

In the kind of buck passing that stands in for customer service in the computer industry, Fujitsu informed me that the software was not warranted beyond 30 days. As I had the computer for about six weeks, it would cost $175 to reinstall Windows software! I was promised a three to five-day turnaround after receipt.

I sent the computer overnight and by the seventh day had heard nothing. After several e-mails and a phone conference, I was told that due to the holidays-this was between Thanksgiving and Christmas-seven to 10 days would be required for the repair. I received the computer by overnight delivery in 11 days and have not yet been charged a repair fee.

Of course, I had to reload all the software and complain to Fujitsu that a port cover was missing. Problems initializing Windows 2000 required two more calls to Fujitsu support, but all was accomplished in only five hours of my time. Now the system works as advertised, the FSDO has rolled over and the bugs seem to have been vanquished.

Conclusions
From my experience, I offer these recommendations:

Do not undertake installing a WSI InFlight system on a portable computer unless youre intimately familiar with Microsoft Windows, can configure computer programs and have highspeed Internet access for downloading.

Be prepared to spend many hours before everything will work. There are three pieces of hardware-aircraft, serial socket PCMCIA and tablet computer and three software programs: Windows, Socket, and WSI. All six must work together. Dont be surprised if they dont.

Expect to spend about $4000 on Fujitsu computer hardware, above the cost of the WSI receiver and aircraft installation. Thus, the whole system will cost more than $10,000. To this add $600 per year for satellite service. For the first year, the cost works out to $29.04 a day for this service, assuming you value your own time as worthless, as the computer industry seems to. After that, its a bargain: $1.64 a day. If you can do all of the above and can accept some frustration, youll be pleased with the result. The WSI weather product is terrific.

If this sort of run-around puts you off-and who can blame you if it does-you may be better off biting the bullet and installing an MX20. Itll cost more but the shop will be on the hook to make it all work correctly.

-Ian Blair Fries is an Aviation Consumer contributor, an AME and owner of a New Jersey-based Socata TBM700. Contact WSI at www.wsi.com or 978-983-6300.