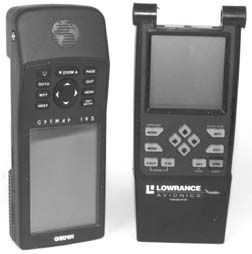 When portable GPS was the hot item of the day-make that about 1996 or so-we could see the sense of the buying frenzy. Loran was on the fade and handheld GPS bested it in every way. Now, with a full range of panel mount GPS systems on the market for seemingly every budget and flying habit, it would seem that there shouldnt be much need for portables.

Although the portable market has reduced from a roiling boil to a slow simmer of recent, the used market is simmering right along, too. Old GPS units dont die, they merely show up on eBay. The question is, are any of these old clunkers worth the trouble and if you find a nice price on one, will the company that made it still support it?

Good questions. For some units, there are easy answers, while for others, the outlook is somewhat murky. The prices on new, state-of-the-art GPS are so favorable these days that our general advice is to buy new, unless you can find an offer too good to refuse on an older model.

If you cant afford a new unit-the Lowrance AirMap 500 we reviewed in the January 2004 Aviation Consumer sells for under $500, fully equipped-can you even afford to fly enough to justify any kind of portable navigation?

On the other hand, if youre a fair weather, casual renter looking for some help in navigating the local area, we can understand the impetus for going cheap. But youll need a sharp eye just the same because factory repair, database and software updates can make a seemingly good deal turn sour, perhaps to the point that new would have been better in the first place.

Where to Shop
Portable units of all makes, models and vintages can be found in virtually every trade rag. Some are being peddled by reputable avionics shops, some by individuals looking to unload their earlier vintage stuff to afford an upgrade to a newer model and some by high-volume mail order houses who took old units in on trade.

If you buy from an individual, the sale will be as is and final, with no warranty. What buyer or seller needs the hassles of trying to support an informal sale? If you know the seller and know the unit and the price is right, theres nothing wrong with a transaction like this. But be forewarned: you still may be buying a pig in a poke.

Buying from a reputable retail house might be a better idea, because theres a good chance youll get at least a 30-day warranty. Tropic Aero, for instance, (www.tropicaero.com) has been around for 20 years and has provided excellent service, earning a good reputation with few complaints that weve been made aware of. They often have used portables that you can usually purchase with confidence and theyll offer sound advice on what may not be worth buying.

In any case, there are some good questions youll need to ask wherever you shop. Question the currency of the operating software and navigation database. In my view, saddling an older portable up to the Internet to perform these updates is frustrating and a miserable experience. Its not like burning a nav data card for your modern panel mount, which probably uses state-of-the-art USB protocols. We think slow RS232 connections are the pits and having to endure the loading of large packets of data is even a deeper pit.

Database upgrades for older GPS units average between $75 and as much as $200. This doesnt include the appropriate cable to fit the unit, if you can still find one. Sometimes, owners lose some of the original hardware so you might not get the cables, cases and antenna adapters that youll need for real world ops. While these accessories arent earth-shattering spendy, $30 here, $50 there, these little sums can add up.

Contraband?
Believe it or not, crime in general aviation still runs rampant. We know an owner who had his GPS295 ripped out of his yoke mount after his Centurion was broken into right in the hangar of a well-known FBO. It may be impractical to ask a seller for the receipts for a portable GPS; these may not exist.

But if the deal doesnt smell right or something seems amiss, its possible that the GPS could be a stolen unit. Shortly after 9/11, there were reports of organizations offshore that attacked mail order houses and even small avionics shops by ordering large numbers of portables using stolen credit cards. Some were intercepted by law enforcement but many slipped through and who knows where they are now? We have no advice on how to detect a stolen portable, other than to make sure it has a legible serial number in case it has to be tracked later.

Top Sellers
We polled sales folk from some of the popular mail order houses and most report that Garmin tops the list of the most desired portables out there – both new and used units. No surprise there, since Garmin has essentially owned the aviation portable market since a day or two after it first developed.

Garmin seems to have the most comprehensive factory support program for portables, given the number of models they have developed over the years. The factory has a flat-rate repair schedule for their GPS92 through NavTalk Pilot models. Sending a unit to Garmin for rework or repair gets the owner current software, current nav database and factory overhaul to new specifications. Pricing even includes return shipping. See the chart at right for specific flat-rate pricing.

Although the GPS 92 goes back a ways, Garmin doesnt support everything it has ever made with current databases and software. Not that were complaining.

Some of that older gear isnt really worth keeping, to be honest. Remember the GPS55 and the GPS 100? Nice units in their day but dated technology now. If you have one and it still works, bully for you. If youre considering buying one, dont. It makes no economic sense.

So what would we consider buying from the Garmin line? The GPS 195 is certainly a worthy unit. It has a decent and large display, easy operating logic and a good accessory suite.

Tropic Aero has 195s for under $500, including accessories. It wasnt so long ago that this navigator sold for more than $1000. Compared to new units, the 195 is a bit of a battery hog but itll still get you there.

Other possibilities include the aforementioned GPS295 color map (about $1000 used) and the GPS III Pilot for under $400. We havent seen many used GPS 196s on the market but we wouldnt expect any bargains compared to the new price.

Apollo
IIMorrow/UPSAT was never huge in the portable GPS market, producing only a couple of models. The only one we think worth mentioning in this context is the Precedus, which sold well circa 1995. This GPS shook up the market because it originally sold for nearly twice the price of the then King Dog in portables, the GPS 90 from Garmin. It has a better display, easier logic and a faster receiver than the GPS 90. Of course, two years in GPS development is a lifetime and a decade is absolutely geological. Garmin now owns what was UPSAT but to the credit of both divisions, the Precedus is still supported. (We wonder for how long, though.) Average repair costs for these units, according to the factory, run around $200, not including major repairs or databases. The way we see it, even if you spend $300 on one of these units, you could spend almost its worth just in repairs and database updates. If you have a hangar neighbor that wants to give you one of these old units, take it for free and the factory repairs, if needed, will make it a good deal. But dont buy one.

Lowrance
The older AirMap series was popular and was the answer to Garmins GPS92. Some sources still move these models at around $300. This isnt necessarily a bad deal but with the price of a new AirMAP 500 at under $500 and equipped with more tricks, we say buy the 500. The price/feature disparity is strongly in favor of the new product.

Factory repair of an older AirMap runs around $150 and the unit is still readily and easily supported. We found a variety of Lowrance units as well as other brands listed on eBay. If you have time to sift through the long listings of aviation units mixed in with marine and recreational units, there are some good deals to be had. But caveat emptor for anything bought at online auction.

Magellan
Magellan could best be considered a dabbler in aviation GPS. At one time, it offered both portables and panel mounts but the company proved short-lived in the aviation market. There isnt much going on with aviation units from Magellan these days. A company called C-Map Aviation worked with Magellan in the design of the EC-10X, one of the first aviation cartographic navigators.

C-MAP Aviation now makes the EKP-IIIC series and we will review this unit in a future issue. As far as older portable GPS from Magellan, most of the sales people we polled reported little or no interest in the Magellan line, mainly for support issues and just lack of exciting technology and features. Pass on these. Maybe even if its a freebie.

Conclusion
Is a used portable worth the effort? Perhaps, but timing is everything. By that, we mean buy one at the lowest possible price before the thing become obsolete and/or unsupportable. Dont buy one thats only a few months old; you wont save much.

Hands down, Garmin has the most comprehensive line of portables to choose from and a good percentage of their portable units have shared great success and popularity. The most common trade-ups in the Garmin line are the step-up from the GPS195 to the color GPS295. This puts a lot of GPS195s on the market at reasonable prices, considering the utility this navigator provides with its GPS approaches, land nav and electronic HSI.

If you could buy one for no more than $500 or $600, we think thats a reasonable deal, if it has a current database and all the supporting accessories. We wouldnt buy anything less mature than the GPSIII Pilot and if you can live with its small screen, its a reasonable deal at a few hundred bucks.

And given the proven reliability of the Garmin GPS295 and even the new GPS196, with its flight instrumentation page, a used unit discounted even $150 off of street price is worth jumping at, if everything else about it is current. But if your budget is under $500, we still suggest a new Lowrance AirMap 500. Were confident youll be happy with its performance and capabilities.