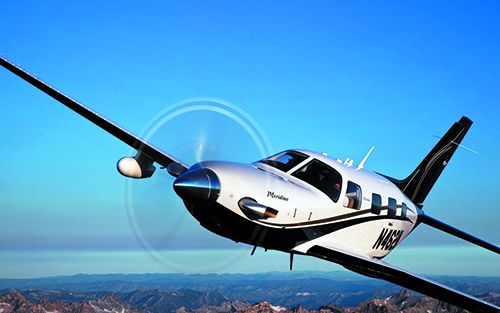 If a new or used Cirrus Vision Jet isn’t in the cards, there are other choices that could make good sense. The only obstacles (other than money) might be the tricky insurance market, and finding an aging turbine that won’t end up a hangar queen. We went shopping to see what some popular turbine singles are selling for, and just like in the used piston market, prices are up—way up.

With a budget capped at $1.5 million (half of a Vision Jet), the first stop in the shopping trip might be at the Piper brand. On the low end is the DLX JetProp. These are piston-powered Piper PA-46 Malibus converted by Rocket Engineering under FAA STC with Pratt PT6A turboprops, and generally cruise at around 250 knots true with a 1000-NM range. In case you’re wondering, DL and DLX are Roman numerals for 550 and 560, and in the case of the mod, the nomenclature represents the shaft horsepower of the PT6A engines used on the airplanes. The slower (by roughly 10 knots) DL model uses the PT6A-21, while the DLX has the PT6A-35. There were far fewer DL conversions, and well over 300 total airplanes have been converted. We found a handful of JetProps for sale on the popular Controller.com website, including a 1985 model priced at $700,000. On the other end of the spectrum, newer conversions are well north of $1 million. For example, a 2015 conversion (which started life as a piston in 2004) with 640 hours on the PT6A-35 is priced at $1.15 million. No matter which vintage JetProp, an engine overhaul (TBO is 3600 hours) will run every bit of $150,000. 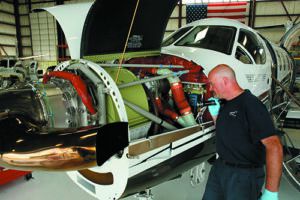 Unlike the DL/DLX JetProps, the Piper PA-46-500TP Meridian started life as a turbine with the 500-SHP PT6A-42A. Aircraft Bluebook suggests a typical retail price of $600,000 for an early model in the 2001 to 2003 range. In our shopping, we found that asking prices were closer to $800,000, particularly for ones with new Garmin avionics and ones with recent engine hot sections. These airplanes originally had Meggit EFIS with Garmin GNS navigators. Plan on 250 knots while cruising at FL280. Later Meridians and the M500s had Garmin G1000 glass cockpits. Expect to pay every bit of $1.5 million for a 2015 to 2017 M500, and $2 million for late models with the G1000 NXi avionics.

There’s also the Pratt-powered Socata TBM series. We found a bunch of early TBM700s priced all over the board, depending on avionics upgrades and engine times. For example, a 1992 TBM700A with 500 hours since overhaul of the PT6A-64 engine was priced just over $1 million. It has newly retrofitted Garmin GTN navigators, a BendixKing autopilot, round-gauge BendixKing mechanical flight instruments and original paint and interior. There were roughly 300 of the early Socatas delivered, but the model line evolved into more models, including the TBM850. These PT6A-66D-powered birds can cruise at up to 320 knots true in the flight levels, with a 1200-plus mile range. Expect to pay around $1.5 million for a mid-2000s TBM850 with reasonably new avionics; many have been retrofitted with Garmin radios and displays.

For hauling huge loads on and off the pavement, the Pilatus PC-12 has to be on the shopping list. Unfortunately, since the capable PC-12 has earned so much respect among a wide variety of operators, don’t look for bargain pricing. This airplane—from the early PC-12s to the later-model PC-12NG—has notoriously maintained high resale values, especially well-cared-for owner-flown ones. The earliest PC-12/41 models from 1995 have a Bluebook suggested retail of $1.15 million, and these airplanes (unless upgraded) had round-gauge flight instruments and PTA6A-67B engines with a 3500-hour TBO to the tune of $350,000. Newer PC-12s will bust the budget—well north of $2 million. million.

No matter which turbine single you choose, the elephant in the room is the cost of engine overhaul, and of course fuel burn. For certain, it has long been recognized that turbines—and the PT6A series in particular—are generally far more reliable than pistons, especially high-horsepower big-block turbocharged engines. In our research over the years, we’ve consistently found that the value of a turboprop with a zero-time engine and one with a 500-hour engine is about the same, so consider that when you shop. Last, lobby the help of a reputable broker. Otherwise, it’s easy to get stung.