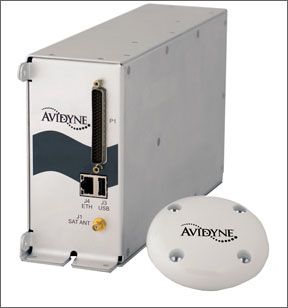 While the Big Three begging for bucks in Washington may be construed as another example of American business ineptitude, take heart: We lead the world in at least one edge-of-technology arena-aircraft weather datalink. In fact, datalink is so well-established that you can have it in your car, your boat and your airplane without a second thought.

This fall, the company announced a new product-really a combination of hardware, technology and data-called the Entegra WX Series. For U.S. pilots

lolling in the luxury of XM- or Sirius-delivered color NEXRAD, this new service may seem a little five-minutes ago, but aspects of it do offer wider coverage for forays outside of the U.S. and it can backup XM- and Sirius-based sources with yet another satellite system.

Datalink got its start in the U.S. for several reasons, the largest of which may be bandwidth. While other countries beat the pants off the U.S. in internet bandwidth, none of them have the satellite-based broadcast big pipes represented by XM and Sirius, two systems which recently merged into one company. Further, the U.S. has a long-established Doppler weather radar system whose data is readily available through electronic distribution and two companies-WxWorx and WSI-further message the data into sophisticated products. Last, Avidyne, Garmin, Bendix/King and others got on board early in identifying a market for the right-priced hardware. As a result, there are choices in equipment and data services at competitive prices.

But in Europe, Africa, China and AustralAsia, forget it. Distributed weather radar is just coming online in Europe and there are no broadcast-capable satellites in those regions. Avidyne saw an opportunity in this and the Entegra WX Series addresses it.

In some ways, the WX Series is integration run amok. It consists of three separate weather sources-two satellite based and the third onboard sferics detection. If you have ships weather radar, youve got a fourth. First, the hardware.

The MLB700 is Avidynes standard datalink receiver and uses the Sirius Satellite Radio service to deliver a suite of weather products provided by WSI. Although there are differences, the WSI service is comparable in price and capability to the WxWorx services piped through the XM Radio system. (Garmins GDL69 and its weather-capable portables datalink through XM.)

Sirius covers the entire Continental U.S., plus portions of Canada, Mexico and the Caribbean. It has no European coverage, nor does XM. To address that shortcoming, Avidynes new box is the MLX770, a datalink receiver that works with the 66-satellite Iridium low-earth-orbit network whose coverage is worldwide, albeit it at a lower bandwidth than XM or Sirius.

The MLX770 was certified in early November, 2008 for deliveries in late 2008. Unlike the broadcast satellites, the Iridium system is primarily a telephone network, so its capable of two-way communication. Avidynes iteration of Iridium service allows text messaging between your airborne, MFD-equipped airplane and terrestrial e-mail addresses or SMS-capable mobile phones. Voice communication is not presently an option, but we expect it will be a development feature in the future.

The third box in this system is the TWX670, Avidynes version of the Stormscope. (We reported on this system in the July 2008 issue of The Aviation Consumer.) The TWX670 advances sferics technology through more sophisticated sensing, but also by displaying strikes in a radar-like format that uses color to rank threats, rather than just dots or crosses.

Obviously, all the datalink in the world is just so many 0s and 1s without a display, so Avidyne used its expertise in MFDs to stitch everything together. Sirius-provided data through the MLB700 can be displayed on any of Avidynes MFDs-the EX500, the EX5000 and the Entegra EFIS system. Similarly, the Iridium data can also be displayed in these devices.

Lightning data from the TWX670 also appears on the large screen MFDs and can be viewed discretely or overlayed with ground/airborne radar. Avidynes small-screen 3ATI MHD300 can also depict lightning information, but it cant do datalinked imagery.Airborne weather radar is also an option for EX500 and EX5000 users, but again, this appears on separate pages, not overlayed with the satellite weather data. Reason: The color palette is the same for both and would thus be too confusing to be useful.

Avidyne recently announced a compatibility mode for the TWX670 that allows it to play on Garmin GNS430/530 and G1000 systems. However, on these systems, the display mimics Stormscope presentation, not Avidynes color-coded threat depiction. Avidyne is calling these new products its WX Series for a reason. Although it can be integrated, it doesnt have to be. You can buy each of the components piecemeal or, if you buy the lot, Avidyne offers price breaks. The Iridium-based MLX770 retails for $11,995. The Sirius MLB700 is available in two versions. One with data only ($4745) and a second that combines data and audio entertainment for $5495. The TWX670 sells for $7995 with antenna, but sans display. If you buy these units together with a display, Avidyne is offering price breaks totaling up to about $1500.

The significant breakthrough here is expansion of weather datalink to include the rest of the world, especially Europe. WSI is handling the weather gathering, massaging and dissemination. The map above depicts the current and future

coverage areas. In Europe, a Doppler-type weather radar product is available for the UK, France and Spain, with coverage planned for the Scandinavian countries. But while U.S. pilots live the good life with five-minute updates, European radar will be available only four times an hour.

If that sounds like slumming, the consolation is that Normandy isnt exactly Tornado Alley. In any case, something every 15 minutes is better than nothing at all. These countries will also have graphical METAR reports and TAFs from reporting stations shown as red dots on the chart. Note that Australia is covered by this system, but the very tip of South Africa is not. (Theres lots of GA activity in that part of the world.)

What about everywhere else? This is where WSI has come up with something intriguing. Its called 30/30SatRad and it consists of an hourly product based on satellite observations (including visible and IR) across a latitude belt from 30 degrees north and south of the equator, a vast swath of the globe encompassing oceanic areas now not covered by any commercially available weather products.

This can best be thought of as pseudo radar suitable for strategic planning but not tactical avoidance. Coverage areas include the Caribbean and Central America, although these areas also fall within the Sirius Satellite Radio footprint, but without ground-based weather radar to pump through the pipe.

Speaking of which, Sirius claims a coverage area slightly larger than XMs, extending as far north as southeast Alaska and nearly as far south as Panama. The Sirius service is now offering Canadas version of NEXRAD, so theres coverage well north of the U.S. border. Thats worth having, too, because those regions get severe weather during the summer and nasty blizzards during the winter.

As for cost, we would characterize the Iridium service as affordable if you use it sparingly. Like cell service of yore, its message based. You pay a flat monthly fee between $70 and $120, then a buck per update. To save limited bandwidth, Avidyne uses the Narrowcast technology it developed with its datalink six years ago.

You can specify the width of the corridor youd like weather coverage for and how far in front or behind the airplane youd like to look. In Europe, with four updates per hour available, the service would cost $4 per hour, if used continuously. (It can be turned off when not needed.)

If used in the U.S., on a five-minute cycle, the cost would be about $12. But with XM or Sirius datalink, there should be little need to use Iridium, except as backup.

Or for text messaging. Again, for a buck a pop, you can e-mail your business associates that youll be 30 minutes late due to headwinds. Going forward, we suspect Avidyne will figure out a way to add voice communication through Iridium, closing the loop on weather, data, traffic and EFIS technology.