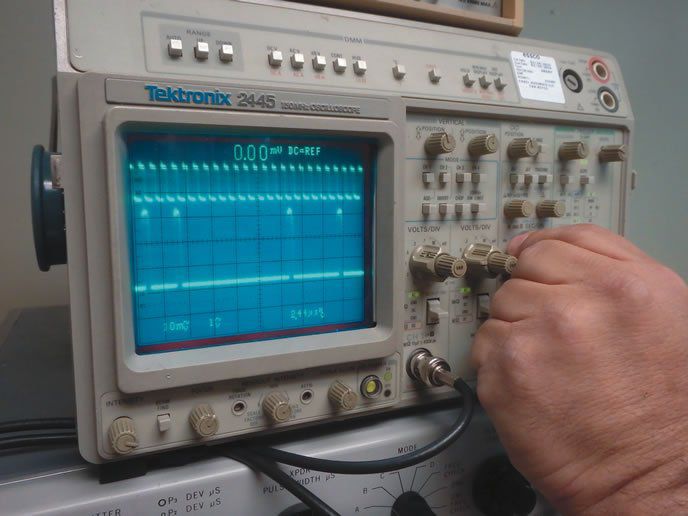 One way to find out is to use FAR 91.413—the biennial transponder certification—to your advantage. Hauling the airplane to the shop every other year for this inspection (and to comply with FAR 91.411’s pitot and static system certification, if you fly IFR) is a hassle and an expense, but it may be the only good way to determine the health and longevity of an aging transponder.

We talked with veteran bench technician Steven Christino at EXXEL Avionics in Hartford, Connecticut, and learned more about transponder diagnostics than we could digest in one sitting. As the ADS-B mandate approaches, transponder repairs and new installations have ramped up—so much that Christino restructured his repair shop and mobile operation to focus primarily on pitot, static and transponder inspections. He has seen enough to easily spot telltale signs that a transponder is ready for the trash bin. He even monitors the health of his customers’ transponders by keeping records of critical performance specs. If he sees signs of declining health between inspection intervals, he knows replacement is inevitable.

“Perhaps the most important characteristic I look for in an aging transponder is its transmitter power output—that’s the health of that pricey cavity tube we referred to earlier—and MTL specification, for minimum triggering level. That’s basically the reply timing circuitry as the unit is interrogated,” he noted, as he put a close eye to the pulse waves of an old Cessna RT359A tethered to a bench scope. Christino noted that ramp-checking a transponder doesn’t exactly paint a complete picture of its health. It’s simply a snapshot of whether it falls within the loose requirements of FAR 91.413—which, incidentally, doesn’t even address Mode C performance. That’s in FAR 91.411. The real test is a transponder’s performance on a bench mockup, using calibrated pulse equipment. You’ll pay more for this service, of course, but for aging units, the additional diagnostic fee could be worth the expense. In general, that’s a one-hour minimum bench charge.Christino noted that the antenna system is a huge factor in transponder performance and should be replaced with shielded, low-loss coaxial cable during a new retrofit. Similarly, blade-style L-band antennas offer better performance and are simply more durable than delicate stainless steel rod/ball antennas.

Most shops we spoke with suggested replacing orphaned models from Narco, Collins and King. As one tech put it, “Replacing these old clunkers should be considered preventative maintenance. It’s only a matter of time.”