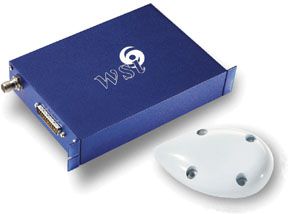 When it comes to competition and the free market, count us as cheering all for it from the cheap seats. Everyone benefits when companies compete. But in aviation, the normal rules occasionally become distorted and the unwary customer-or even a careful one-can find himself caught in the middle or, worse, the proud owner of an orphaned product with all the market appeal of a 1958 Edsel.

Its not quite that bad for owners who bought an AV200 WSI weatherlink box to look at NEXRAD on a Garmin MX20, but they can be forgiven for being rightfully annoyed at both companies. When it brought out its sophisticated satellite weather box two years ago, WSI got positive press, since the system out performed Garmins less-than-lightspeed GDL49 and was a relatively easy install.

Owners who bought into the WSI product had a reasonable expectation that as WSI developed future weather products, theyd be able to view these as they became available. And they can, unless they happen to own a Garmin MX20, in which case theyre out of luck. Garmin and WSI say they have no future developmental plans for the MX20.

The History
We first became aware of this issue in August, when reader Sam Veneri-a WSI and MX20 owner-wrote us this query: I recently noted the improvements that WSI has made to their service, echo tops and other features which would not show up on the MX20 display, he wrote. WSI informed me that these features should be working. Only after calling Garmin (formally UPSAT) was I informed that what I have in the MX20 weather display-bought in 2003-is all that will ever show up, including on new WSI/MX20 units purchased today.Garmin has no intention of incorporating any new features to the WSI software interface. They said the only alternative for more weather products is to buy their GDL69 box and use WxWorx XM-based weather products.

Frankly, we thought this sounded a fishy, given Garmins sterling reputation for customer support, even for legacy or small-volume products.When we contacted Garmin, we were told that the agreement with WSI was made in 2002, when the MX20 was manufactured by the then UPSAT.

Garmin bought UPSAT in 2003 and the company recently told us that although it will continue to support WSIs current offerings, there are no plans to allow future WSI products to display on the MX20. Garmin says it has fulfilled the contractual agreement with WSI made when the MX20 belonged to UPSAT. It has no plans to go forward. In other words, reader Veneri was correct. If youre a WSI/MX20 owner, what you see is what you get.

So what wont be available on the MX20/WSI interface? Winds and temperatures aloft, lightning and PIREPs, plus whatever future products WSI develops. Given the rapid advancement in technology and displays and considering WSIs unique expertise in processing weather, such future products could be desirable indeed. But if you want to see these on an MX20, forget it.

In our view, this effectively kills the WSI AV200 datalink receiver as a serious choice for cockpit weather, unless you plan to display it only on an EFB, which are well supported by WSI. Although we have viewed the WxWorx/XM Radio products as the better choice, one reason theyre better and-we hope-they will continue to improve is because of competitive pressure from other products. With WSI marginalized, there will be less of that.

Seemed Like a Good Idea
We have to wonder if WSI pre-ordained a dead-end for the AV-200 receiver when it reverse engineered an interface for the AV200 for Garmins 400/500 series navigators without Garmins knowledge or cooperation. At the time, Garmin was occupied with the G1000 PFD and other products and GNS430/530 owners were cooling their heels waiting for a datalink receiver for those boxes. (By then, it was apparent that the Orbcomm-based GDL49 had been a technological wrong turn.)

WSI came from left field with a solution for those owners. But when companies with potentially competing products cooperate, surprises arent a good idea and are bound to disrupt what can be, at best, a fragile relationship. Didnt WSI think of this before it stunned Garmin with the surprise AV200/430/530 interface? Of course we considered all options and outcomes, said WSIs Paul Devlin, selecting what we thought was the best course of action with the information that was then available.

Of course, we dont know if Garmins decision to drop future MX20 improvements for the WSI box is directly tied to the AV200 reverse engineering gambit. On the other hand, were sure it didnt exactly portend a marriage made in heaven. When we reviewed the AV200 in October 2003 issue, we expressed worry about the single-display issue.

Garmins decision to drop future MX20/AV200 development may be understandable from a contractual and business point of view. Despite its domininance in the GPS field, Garmin has limited engineering resources and there arent that many MX20/AV200 buyers, perhaps not enough to justify more development.

Nonetheless, in our estimation, this is hardly the finest hour for Garmin or WSI. If two companies decide to cooperate on a product in a potentially fragile competitive environment, they should commit to the long haul and not leave customers hanging or just not do it at all.

Any owner who invests $4000 or more in a new box should have a reasonable expectation of product growth. A high-dollar product thats orphaned two years after its installed leaves those customers-no matter how few-in the cold. In our view, customers have a reasonable right to expect more.