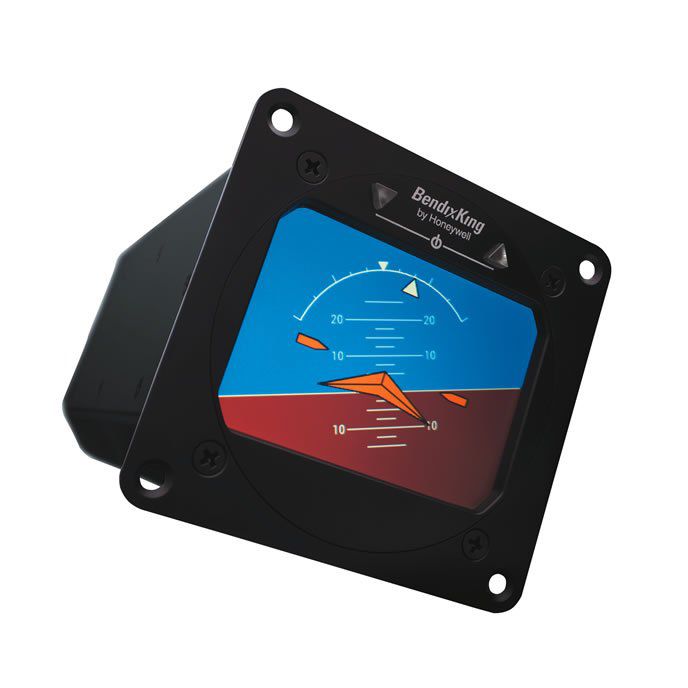 We generally don’t know what to expect going into AirVenture at Oshkosh, and with several ho-hum years of late, we don’t expect a lot. But with near-perfect weather, 550,000 attendees, 10,000-plus local-area arrivals, over 800 vendors (up 140 from last year) and only one major non-fatal wreck, this year’s AirVenture impressed. Plus, there was no shortage of new product announcements.

Herewith is a summary of a few major ones that stuck to our show clipboard, to include new engine technology, avionics development (including a more cooperative Garmin) and a nicely refurbished Skyhawk that’s priced just right.

Powerplant development in general aviation, while not entirely moribund, crawls along at a glacial pace with mostly small-ball innovations. But perhaps not at Rotax, the Austrian powertrain company that’s been on somewhat of roll lately. At AirVenture 2015, the company surprised again with the third engine introduction since 2012. The new motor unveiled is the 915 iS, a turbocharged, intercooled variant of the 912 iS Rotax rolled out in 2012.

Interestingly, with roots in the motorsports world, Rotax is not one for announcing products that then overhang the market as development for the final product continues. Motorcycle products appear when they’re ready to ship.

But overhanging is exactly what Rotax did at AirVenture, showing off an engineering concept article, but conceding that the engine won’t be ready for market for at least two years. As it usually does, Rotax will offer the 915 iS in an uncertified version for the light sport segment and in a FAR Part 33 variant for certified aircraft.

We’re not sure what’s going on here, but a source in the European autogyro market told us at AirVenture that one thing that might be driving Rotax’s decision to overhang is the Icon A5 light sport amphibian, which promises large production volume and, given its relatively high weight, may need more power.

And the 915 iS certainly has that. At 135 HP, it’s the most powerful aircraft engine Rotax has attempted. In addition to offering more power to light sport manufacturers who may wish to offer hot rod versions like the Carbon Cub reviewed on page 8, the engine could very well find applications in a new range of small, certified aircraft.

The 915 iS is loosely based on the 912 iS as far as the basic case and cylinders go, but it has a new, reinforced multi-piece crankshaft, new forged pistons and a notably larger gearbox to handle the additional torque. It will use the same cylinders as the 912 iS.

Rotax’s Marc Becker told us the engine will have a similar electronic fuel injection system and dual-channel ignition as the 912 iS, with a turbo controller integrated into the ECU. The engine has a single turbocharger with a 1-3.5 compression ratio. Total displacement is 1352cc or 82 cubic inches. Rotax didn’t provide cylinder compression ratio, but the minimum fuel requirement is 91 AKI or what popularly passes as premium auto fuel in some markets, including up to 10 percent ethanol content. It can also burn 100LL, according to the spec sheet. These are the same fuel requirements published for the 912 iS.

Performance is predicted to be full power—135 HP—to 15,000 feet, with a service ceiling of 23,000 feet, according to Becker. While the engine is certainly heavier than the 912 iS at 84 kg or 185 pounds, including all the plumbing, it’s light for its power output. The 912 iS generally installs at around 165 pounds for a power-to-weight ratio of 0.6 HP/lb compared to 0.73 HP/lb for the 915 iS, if the predicted weights pan out. Compare that to the ECI Titan engine used in the Carbon Cub, which, at 180 HP, also has a power-to-weight ratio of 0.73 HP/lb, but at an installed weight of 245 pounds.

While Rotax hasn’t flown the 915 iS yet, it does have some 2000 hours of test cell time on the engine and is moving rapidly toward a formal certification program. TBO is expected to 2000 hours. (See a video on the 915 iS at www.snipurl.com/2a48vze.)

While prompting from Icon may have pushed Rotax to overhang more than it has in the past, one other project may also have popped up in Rotax’s rearview mirror: Superior Air Parts’ unique three-cylinder diesel, the Gemini. At AirVenture, American Legend announced it has installed one in one of its Cubs and will proceed with testing toward a possible diesel light sport.

Heretofore, small diesels haven’t been attractive to LSA airframers because of cost and weight, not to mention not being that much more economical than Rotax’s efficient gasoline engines. Superior says the Gemini will run at about 0.37 BSFC on Jet A while the new 915 iS has claimed fuel specific of 0.45 lb/HP/hour. Whether that Delta is enough to make a difference to buyers in an engine that burns 6 GPH may be debatable. For more on the Legend installation, see www.snipurl.com/2a48w4w.

One other diesel development of note at AirVenture: Continental CEO Rhett Ross said the company now has an OEM for its CD-200 235-HP diesel engine, but he declined to identify the aircraft. Recall that the CD-200 has been somewhat of a hard luck engine. Continental acquired the technology from SMA in 2010 to certify its own version, but is only now gaining market traction with it. Cessna is using the SMA version of the engine in its 182 JT-A, but recently announced the project now has no definite timeline. If we were guessing about an OEM for the CD-200, it would be the Cirrus SR20. Cirrus did test the engine some years ago, but declined to move forward with it for technical issues that Continental may have now solved.

Another diesel project, the high-horsepower EPS line being developed in Wisconsin also surfaced again at AirVenture. With power in the 320- to 420-HP range, EPS is aiming a gap in the market. Years ago, the then Thielert Aircraft Engines developed the Centurion 4.0 from a Mercedes car engine. But that engine proved too heavy to be practical and Continental is now developing the CD-300. EPS’s Michael Fuchs told us that the company is moving forward with a certification plan and looking for investor funding. Hear a full podcast at www.snipurl.com/2a48vwm.

There were a couple of unexpected announcements from the avionics sector, including a new product that BendixKing can call its own: the KI-300. This is a solid-state retrofit replacement attitude gyro for the company’s venerable King KI-256/KI-258 air-driven model. While the KI-300 can bolt into the same location as the old iron gyros it replaces, it doesn’t require vacuum input.

Instead, the LCD display-equipped KI-300 uses solid-state attitude sensors, plus it outputs digital roll, pitch and yaw signals for driving a wide variety of BendixKing and Honeywell autopilots—including the KAP100, KFC200, KFC/KAP150, KFC225 and KFC250/275 systems.

The KI-300 is equipped with an electronic flight director command bar presentation and outputs roll and pitch stabilization for inputting to select ships’ weather radar systems, including the BendixKing RDR2000/2100 system.

The KI-300 will be approved for use as the primary attitude indicator, has a standby backup battery for powering the unit for over one hour and can be used in aerobatic environments, BendixKing said at its packed media briefing at the show. When it’s available in December 2015, the company said it can be installed under AML-STC and will have a five-year warranty, but noted that the nature of the MEMS technology means it has a lifespan that should outlive the old KI-256 several times over.

The KI-300 will be available in three configurations: The KI-256/KG-258 replacement for $5995, a $7995 version with outputs for replacing the King KRG-330 yaw gyro (for older KFC autopilots with yaw damper) and a standalone model (no autopilot interface) for $4995.

The other head-turning announcement comes from Garmin, who opened the interface of its ADS-B products. By using, in part, its Connext wireless cockpit interface, the GDL88 and GDL84 mandate-compliant ADS-B systems will work with other panel avionics and tablet apps.

Got ForeFlight Mobile on your iPad? With Garmin’s Flight Stream 210/110 wireless Bluetooth hub, you can now overlay traffic and weather data from GDL-series ADS-B transceivers (an interface that was previously closed to non-Garmin applications and required Garmin’s own Pilot tablet app.) The GPS in the GDL series can also drive ForeFlight’s synthetic vision function, eliminating an external GPS or Stratus receiver.

The GDL88 and GDL84 ADS-B products can also interface with Aspen’s Evolution displays. What made Garmin decide to start playing with others? Some hinted that the company is feeling pressure from buyers.

“Open systems offers the customer more choices, and choices creates competition and lower prices. Garmin opening its architecture is a remarkable change in the industry and is the result of the pressure from the media and the customers to offer more options,” said Aspen’s John Uczekaj during a media address.

Speaking of pressure, the FAA could be feeling the pressure to ease the certification complexity of angle-of-attack systems. Both Aspen Avionics (with its integrated AoA) and Safe Flight Instrument Corporation (with its leading edge SCc AoA) announced FAA certification. We flew with Safe Flight’s SCc before the show and will have a full report in our October 2015 issue.

On display at AOPA’s AirVenture tent was another remanufactured Cessna aimed at improving the dwindling pilot population. Similar to what Aviat Aircraft is doing with the Reimagined 152 refurbishment, Wichita, Kansas-based Yingling Aircraft introduced the refurbished Ascend 172 Skyhawk.

With a starting price of $159,000, the refurbished Ascend includes extensive disassembly, inspection and replacement of major old components with new ones, plus complete engine, propeller and landing gear overhaul. Don’t look for a Jet-A-burning diesel engine conversion in the Ascend. Yingling is sticking with the Lycoming O-320 series.

Yingling says before it refinishes and repaints the Ascend, it strips the aircraft to bare metal to help spot and eliminate future corrosion. Like the Reimagined 152, the Ascend that was on display was finished in an eye-catching bright yellow paint job, but Yingling said two other modern paint schemes are available.

The 1978 172N Ascend we saw on display had good fit and finish, and Yingling seems a natural fit for refurbishing a Skyhawk. Consider that Yingling—which employs over 100 workers—was approved by Cessna as the first official service and parts facility back in 1946 and has remained a dominant supplier of Cessna replacement parts.

“This program is designed to bring low-cost flying within reach. We think the current market is right for the Ascend when you compare its price to that of factory-new aircraft. Hopefully it will bring lower hourly rental costs for flight training schools and flying clubs,” said Yingling’s Jerry Pickett.