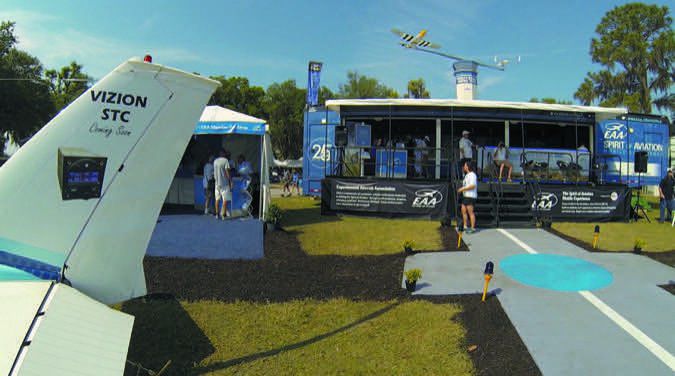 If you’ve been waiting for a cheaper FAA-approved retrofit autopilot you might not have to wait much longer. In fact, you can even have your shop begin the installation. This past April, both TruTrak Flight Systems and Trio Avionics came to Sun ‘n Fun with STC approvals on the installation hardware and wiring harnesses for experimental autopilots.

As we reported in the February 2017 Aviation Consumer, Trio is working with an outside engineering firm to secure an STC for its Pro Pilot flight control system for Cessna 182 and 172 models. It has competition.

TruTrak—a dominant name in the experimental autopilot market—is nearing final STC approval for its Vizion system for 172 and 177 models and is already selling install kits. It says AML-STC certification (AML is an approved model list that covers multiple aircraft) could come by AirVenture later this summer, and could also include more aircraft models. Unknown at this juncture is which third-party certified systems the FAA will allow the autopilot to be interfaced with under the current PMA.

TruTrak has partnered with the Experimental Aircraft Association (EAA) for earning the Vizion STC and PMA approvals. Recall that EAA was instrumental in the STC for the Dynon D10A experimental EFIS display (it owns the STC) announced last summer. The milestone win paved the way for Garmin’s STC for the experimental G5 electronic flight display.

Fresh off the Dynon project, we think EAA has the right regulatory momentum to win autopilot STCs. On the other hand, autopilot approval under a blanket STC is uncharted territory that comes with technical challenges. Control forces, airframe structural design (which plays a part in servo mounting location, for example) and wiring considerations complicate matters—at least when it comes to convincing the FAA that a one-size-fits-all autopilot can actually work.

But TruTrak is being aggressive. It doesn’t intend to limit the Vizion STC to just the Cessna Skyhawk and Cardinal, even for the initial approval. It’s looking to include Mooney and Piper. But there are other challenges. Our sense is that across-the-board approval could come at the expense of interface limitations, similar to STC’d experimental EFIS systems—which can’t legally be connected with an autopilot.

But risk-based or scalable PMA could offer flexibility, which follows the FAA’s non-required safety-enhancing equipment (NORSEE) policy. Autopilots fall under NORSEE’s definition of equipment intended to measurably increase safety, but aren’t required by FAA regulations. In the official policy, the FAA goes as far as encouraging the installation of non-required equipment to improve safety.

Design approvals under NORSEE are based on risk—i.e., the particular safety impact in case of failure. Plus, production authorization requires far less FAA oversight than traditional approval methods. An important aspect of getting an autopilot approved under the more logical NORSEE policy is the final cost of the product. There’s no sense in getting an experimental autopilot that sells for $2100 (the current price of the non-certified Vizion) approved when you’d have to sell it for ten times the price to recoup the high cost of certification.

Both manufacturers have an advantage because they have existing products with proven success in experimental aircraft. Like Trio’s Pro Pilot system, the TruTrak Vizion isn’t a clean-sheet design. It’s been in the company’s lineup for a few years and is based heavily on the Digiflight II—a system that dates back to 2003.

The digital Vizion autopilot’s feature set is advanced, compared to analog systems, but this includes the features we think buyers expect in a modern system. This includes selectable track, altitude hold (and altitude preselect), vertical speed command, plus the ability to track GPS courses. In line with the intent of the NORSEE policy, a selling point from a certification standpoint is the system’s basic envelope protection via an emergency leveling mode. As with other more advanced certified systems, a single button push returns the aircraft to wings-level flight.

We looked closely at the TruTrak installation and liked what we saw in terms of simplicity For example, in the Cessna 172, the Vizion’s pitch servo mounts up front between the two sets of rudder pedals rather than in the tail section. Plus, the servo drives the elevator control directly instead of using bridle cables. Not only does that make it easier to install, but it also makes it easier to maintain. If you’ve ever climbed in the tail to remove or install a servo you know precisely what we mean. If you haven’t, you’ve likely paid the high-priced invoice for someone else to do it.

The Vizion’s roll servo for the Cessna mounts in the right wing and in close proximity to an existing inspection plate, where the servo drives the aileron bellcrank directly. The servo installation is based on pushrods. Again, no bridle cables that have to be precisely torqued before installation and as part of routine maintenance.

In the experimental world, the Vizion interfaces with just about any avionics suite designed for GA aircraft and technically it should work with certified systems, too. This includes legacy and current-production Garmin, Avidyne and BendixKing radios. But the FAA will have the final say.

“For the certified version, we’re still discussing with the FAA exactly what amount of interfacing will exist at the lowest level of the PMA,” TruTrak’s CEO Andrew Barker told us this past April. It may actually turn out that TruTrak will step up to a higher level in the scalable PMA to be able to interface with more mainstream products.

According to Barker, the Vizion will interface with nearly any portable GPS navigator, but interface ability with panel navigators like the Garmin GTN and Avidyne IFD series is still unknown. The company is looking for as much feedback as it can get when it comes to interface demand. “If we need to put more energy into interface potentials, we’ll do so,” Barker said. You can bet it will be a demanding market and one that will expect the autopilot to legally interface with newly certified EFIS displays to include the Garmin G5 and Dynon D10A—neither of which are approved for autopilot interface.

At Sun ‘n Fun, Garmin released the electronic directional gyro feature for the G5 (the instrument connects to an external magnetometer for heading display), plus an electronic HSI for displaying lateral and vertical course guidance from Garmin navigators and navcomms. But notably missing is simple autopilot heading command, although the G5 does have a heading bug that does little else than marking a heading for reminder. We weren’t the only ones to ask Garmin if it has plans to pursue approval for a G5/autopilot interface, especially since the capability exists with the non-certified version.

It said it hears the market demand loud and clear and plans to tackle the approval. We asked TruTrak’s Barker about these kinds of limitations and he hinted at some changes coming soon that will loosen up the interface approval snags.

As for price, TruTrak estimates 16 hours of install labor for the Vizion in a 172, and ballparks the autopilot to sell for around $4000. Contact the company at www.trutrakap.com.