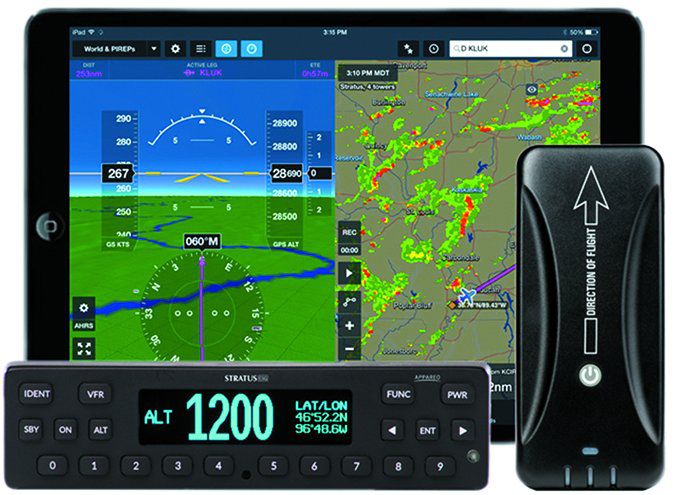 Your article on ADS-B transponders (November 2016) suggests you can save $500 by wiring in your existing Stratus portable ADS-B receiver to the new Stratus ESG transponder, instead of buying the new 2i receiver. This is true only if you don’t wire it in, but continue to use it standalone.

I just had NexAir Avionics in Massachusetts install the Stratus ESGi transponder system in my Ercoupe and I chose the package with the 2i because the savings without it is only $350. That is because the interface cable set costs $150, but it’s included with the ESGi bundle. I figured I could sell my existing Stratus 2 for more than $350 (you proclaimed it a good used market deal in a separate article) and come out ahead.

I am happy with the install, although I wish Appareo offered an option for a shorter interface cable. I flew the required test in Boston’s controlled airspace and received a PAPR with zero errors. The FAA followed up with a message saying “the check is in the mail.”

Thank you for the recent detailed article on ADS-B transponders. It seems Aviation Consumer is the only publication that can help us confused buyers make sense of this changing market. I’m an aging pilot and not sure I’ll be flying long after the 2020 mandate hits, but still need to equip my Cessna 206 for ADS-B.

My question: Should I upgrade on the cheap and only install ADS-B Out (Garmin’s entry-level GTX335, perhaps), or will most prospective buyers want an airplane with both ADS-B In and Out?

That’s a good question, but a tough call for your situation. We think any ADS-B Out installation is shortchanged without ADS-B In capability, but as we’ve suggested, the ADS-B buying decision depends partly on the user’s preferred tablet app interface. Get a quote for both the GTX335 and GTX345 and decide if the price delta makes sense. It might, especially if you plan to fly the airplane for a while.

I greatly appreciated your recent article on all of the new ADS-B transponders. Having installed an L-3 NGT-9000 this past September, and with 30 hours of flying with it, I want to point out some advantages to this system that you missed.

First, the NGT’s Wi-Fi is compatible with a wide variety of tablet computer applications. The other products are limited to one or two apps.

Additionally, the NGT-9000’s integral dual color display provides increased flexibility. With all of the other ADS-B solutions, if you scroll out on the screen to look at the weather, you lose fidelity on traffic targets near your position. If you scroll in close to view traffic, you lose the weather picture around you. With the L-3, you can leave the traffic display set for anywhere from .5 to 40 miles while displaying weather across the country, either on your tablet or on the right side of the L-3 display. No other box gives you that kind of flexibility.

I have enjoyed and benefited from Aviation Consumer for 25 years, so you would think I would know the answer to this question that came up after reading about the Mooney 201 in your December 2016 Used Aircraft Guide. What do you mean when you say the aircraft has a semi-monocoque rear fuselage mated to a steel tube cabin?

You aren’t the only reader to ask this question, Doug. The idea behind a hybrid semi-monocoque construction is increased structural strength. Instead of a single shell (monocoque)—or full skeleton—semi-monocoque construction uses a partial skeleton to reinforce the airframe’s skin in critical areas, but the skin supports most of the aerodynamic load, further reinforced by internal bulkheads, bracing or stringers. The design isn’t just for Mooneys—Boeing’s 787 Dreamliner has a semi-monocoque airframe, too.

Your December 2016 article on upset training probably minimized both the fun factor and the real cost. I took training right after getting my private pilot certificate. I told the instructor I just wanted to practice upsets and spins—nothing more complicated — but he cajoled me into doing some simple acro. I ended up buying a Pitts.