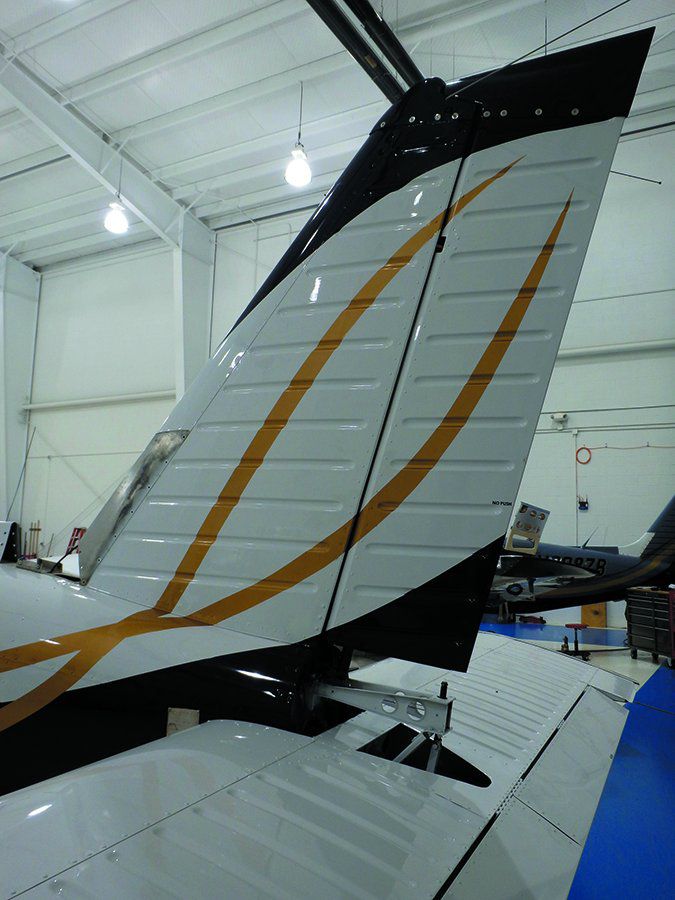 In his article about aircraft flight controls rigging (October 2016 issue of Aviation Consumer), Kim Santerre may not have emphasized strongly enough the danger of improper control cable tensions as it relates to aircraft damage. I once experienced rudder flutter that should have cost me the airplane, but somehow did not.

Years ago, I was flying a friend’s P-51 Mustang and was flying low-level at roughly 400 knots (at the time there was no speed restriction below 10,000 feet) when the rudder flutter began. I flew vertical and reduced to idle power to slow the airplane down, where the flutter stopped at about 170 knots.

The violence of the flutter was unbelievable and destroyed nearly every instrument in the cockpit, leaving gauge needles lying at the bottom of their instruments. We tiptoed back to the airport in Van Nuys, California, for an immediate and uneventful landing because the airframe had a vibration that made me nervous.

Turns out the incident was caused by the aircraft being painted a few weeks earlier without having the rudder balanced before returning it to service. Since the rudder is fabric covered, proper balancing is extremely critical. During an inspection, the rudder cable tension was found to be low, but that could have been the result of the 20-second wildly violent flutter. I wouldn’t expect a lesser airframe to survive. On this Mustang, the only airframe damage was popped rivets on the area ahead of the horizontal stabilizer and some stains on the pilot’s parachute. Control cable tension and surface balancing matters!

A lot of airplanes rely on correct cable tension as part of their flutter margin, although most of it is done by balancing the control surfaces. Lots of pilots (and mechanics) underestimate the importance of proper control cable tensions.

There are a number of different kinds of flutter, with divergence usually causing catastrophic failure very quickly.

During my summer flying experience, I encountered three incidents where TFRs reported via XM WX Aviation Weather were either missing or reported in error.

On my way to AirVenture at Oshkosh, Wisconsin, there were two TFRs near Jackson Hole, Wyoming, that were not displayed on my XM-equipped Garmin GPS696 system, but luckily I was alerted by ATC that I was about to enter TFR-restricted airspace. Returning from AirVenture, XM was showing a TFR over Sunriver, Oregon, but upon contacting ATC, I was informed that the TFR over Sunriver had been lifted. Then, while preflighting a month later, DUATS indicated there was no TFR west of Sunriver, but the XM system showed it as being hot.

I corresponded with XM WX Aviation Weather detailing my problem and suggested that more diligence should be taken in reporting TFRs. I received a timely reply, but was told that I should not rely upon XM Weather as a primary source of data.

My advice to fellow pilots is if you rely on satellite broadcast weather, do so at your own risk. For me, the data I receive from XM is critical, not just for entertainment.

While we certainly rely on both XM broadcast and FIS-B ADS-B data, this reinforces that the information they provide really is for supplemental use because the data isn’t precisely in real time.

Having received the October 2016 issue of Aviation Consumer, I was interested in exploring the new mapping capabilities for my recently updated ForeFlight app subscription to version 8.1. In my app, when I got to the Maps tab the Aeronautical tab is grayed out, or inaccessible.

The first time I touched that tab a pop-up appeared that said I had to purchase a separate subscription. You neglected to mention, among the platitudes describing the new aeronautical layer, that this feature requires yet another separate subscription to ForeFlight. I subscribe to the ForeFlight Pro version and that is expensive enough. Please inform your readers that this new feature is not without an additional cost over and above the regular ForeFlight subscription price.

We did mention that a fresh subscription is required and that ForeFlight issues a credit for the time remaining on the old subscription. However, we didn’t make it clear that the aeronautical mapping feature is bundled into the Basic Plus or Pro Plus subscription packages.