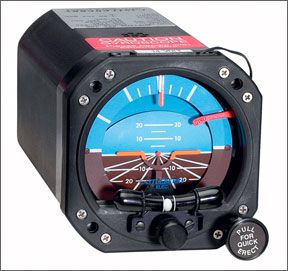 In his editorial in the January 2008 issue, Paul Bertorelli asks us to look at 100LL “rationally” and then follows with “avgas represents such a tiny slice of the worlds refined fuel supplies that the volume of lead is miniscule.”

I suggest that it is therefore irrational for anybody to spend as much as a femtosecond worrying about the environmental effects of the tetraethyl lead from 100LL. So right off the bat, were trying to please irrational people.

I further suggest that these same irrational people will not be appeased by a switch from low lead to no lead, because of the man-made global warming implications of using any carbon-based fuel. The miniscule amount of CO2 produced by general aviation piston aircraft is no more a man-made global warming hazard than the lead from 100LL, but weve already conceded that none of the debate is rational in the first place, right?

100LL at my home in Caldwell, New Jersey, is $5.18 per gallon. Lets look at this rationally and ask why its OK for every other nation on earth to fully exploit its fossil fuel reserves, on shore and offshore, inhabited areas and uninhabited areas, but not OK for the U.S.

After reading your editorial on the demise of 100LL avgas, I had to respond with my feelings. Of course everyone is free to share their own thoughts on anything now or later.

However, just giving in to the minority opinions that seem to run our country now isnt the answer, either. Look at the Thielert diesel disaster with its FADEC controller. Two states have passed laws that all fuels now must have ethanol without any concern for any type engines, including aircraft.

Why? People havent expressed their outrage against these thoughtless politicians passing these laws. People like you are bringing the end to general aviation! Youre probably in favor of user fees, too!

Im planning on buying an airplane in the near future and it will probably need the current avgas type. Finally, I wont renew my subscription because of the liberals running

Actually, we think the larger issue is less the muddle-headed lefty liberalism of

Aviation Consumers editor and more the sad fact that eight years into the 21st century, we still dont have affordable electronic ignition systems that owners want to buy. Or a new fuel spec that should be readily available.

On the Other Hand…

I applaud your editorial advocating dumping 100LL. The trend by states to add 10 percent ethanol to car gas adds urgency to the need to find a replacement fuel. A discussion (which I co-authored) of the problem for Oregon pilots can be found at http://snipurl.com/1wn4t.

You should also be aware that TCP is no longer being manufactured and the replacement, Decalin, is not approved for use in certified aircraft. Earl Lawrence, the technical expert at EAA, says tetraethyl lead is made in one plant in the world and is shipped in two 30-year-old ships. When one of those old ships has a problem, it wont likely be replaced and shipping costs will then make the price of 100LL exorbitant.

We need a replacement fuel before that happens. Unfortunately, when I wrote to AOPA urging them to work toward adopting 91/96, their unsatisfactory reply reflected more of a concern for protecting the market for expensive new aircraft with high-compression engines than a concern for the thousands of their members whose engines have problems with 100LL. Thank you for bringing this issue to your subscribers.

Aviation Consumer. I very much appreciated an independent review of these gyros, including their disassemblies.

However, I think a very important piece of information that would help your readers decide among them would be the mean time between failure numbers. Are they available?

I had installed an RC Allen backup electric AI in a Bonanza I owned. I had it installed through a power switch and had it on in IMC and off in VMC. One can pull the breaker also and avoid the cost of installing the switch. Presumably, failures of mechanical elements are time/use dependent and actual IMC is rather rare. I never had a problem with the unit for the years I owned the Bo and probably put less than 50 hours on the gyro.

Mid-Continent gives 7500 hours MTBF for its 4300 gyro. We dont have equivalent data for the other products. As for running the gyro part-time, we dont think this is a good idea. For one, when you need the gyro, you may need it quickly and you might not have time to wait for it to spool up. Second, we think a spinning gyro is less susceptible to rotor bearing damage than one thats idle and bouncing around in turbulence. If you have the gyro, keep it running.