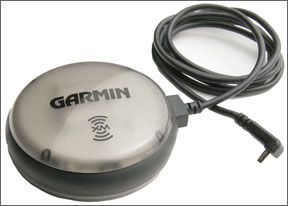 I would like to provide some corrections and clarification to the “Deicing Dissent” letter in the January 2009 issue of the The Aviation Consumer.

It is true that the TKS system is not intended to be used as a deice system. However, the correct classification is anti-ice, not ice prevention. The correct usage of any anti-ice system is to activate the protection in anticipation of icing conditions.

Surface anti-icing keeps the airframe clear of ice accretion, eliminating the performance loss from pre-activation and inter-cycle ice accretion associated with deice protection systems. This is not to say a TKS system cannot deice the airframe. FAA regulations for known-icing-certificated anti-ice components state that “tests should be conducted that simulate inadvertent icing encounters in which the pilot may not recognize that the airplane is about to enter an icing condition and the anti-ice component may not be activated until actual ice build-up is noticed”.

TKS leading-edge panels are required to demonstrate the ability to deice after a two-minute delayed ice accumulation resulting from the most severe icing conditions found in the FAA certification envelope.

The modern known-ice certificated TKS ice protection systems now have three fluid flow settings: normal, high and maximum. The maximum setting provides the best deice performance and has a pre-selected two-minute activation mode to eliminate forgetting to turn it off.

We at CAV Ice Protection Ltd. are excited about our TKS product with recent improvements. This adds additional robustness to its performance and integrates operation and annunciation into the modern glass cockpit found in todays GA aircraft.

Referring to Steven Kirshs letter in the December issue article on the Columbia 340: 40 gallons per hour in a Cessna 310Q? Even with the Colemill conversion to 300-HP engines, that does not compute, unless he was flying full throttle, full rich.

Ive been flying a Turbo 310R with Ram I engines for nine years. Performance is 178 knots true between 10,000 and 12,000 feet and better higher. Im burning 29 GPH total at 60 degrees rich of peak or 26 GPH and 170 knots at 40 degrees lean of peak. I felt that I had to question that inordinate fuel consumption.

I fly a Saratoga throughout the Midwest and as far south as the Florida Keys. I own a Garmin GPSmap396 and subscribe to the full XM weather package. I would feel very vulnerable flying cross-country without it. It has been virtually trouble-free.

However, last summer, on two separate trips, I lost weather datalink while in flight. I ultimately traced the problem to apparent overheating of the XM30 antenna.

Until recently, I had always flown the XM30 lying on top of the instrument panel at the base of the windscreen, ensuring best satellite visibility. The antenna has always gotten extremely warm during flight.

While still in flight after the second failure, I held the antenna in my hand in a position where satellites were still visible. It took several minutes for the antenna to cool and when it did, the weather came back up. I have since moved the antenna to a position on top of the sun visor. It has acceptable view to the satellites, does not overheat and has had no further failures.

A. B. Cochran
Via e-mail

Garmin told us that this is an old problem affecting about 100 or so XM30s. It has since been corrected and Garmin says any customers who may have questions about an overheating antenna can contact the company for assistance.

This issue is, by the way, unrelated to the XM Radio datalink weather failures that cropped up and filled our mailbox with complaints just after January 1, 2009.

Having read the December 2008 issue article on CamGuard, I was left with a question about its use with Shell 100W Plus. Can you tell me if it is redundant to use CamGuard and W100 plus? Have you done any testing on the W100 Plus? I am using this oil for corrosion protection in Florida.

Actually, we did test CamGuard with Aeroshell W100 Plus during our 2005 oil tests. (See the February 2005 Aviation Consumer.) We found that CamGuard did measurably improve W100s corrosion performance, but that doesnt mean its necessarily worth the expense of adding it.

The Shell package is an effective anti-corrosion package to begin with, so adding CamGuard, while improving W100 Plus, may have no realistic impact on the life of the engine. We prefer adding CamGuard to a quality but less expensive oil, such as Phillips XC. In our view, this produces a superior oil at lower cost.