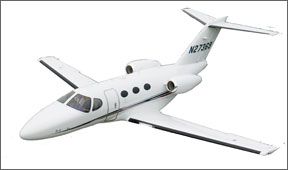 Thanks for the interesting article on the TBM 850. I am a happy Mooney TLS Bravo owner but must admit that my mouth starts to water when I think of VLJs and these high-performance single-engine turboprops. Like you, I was mystified by what Socata has decided to leave off this airplane, such as a glass cockpit.

There are two other items that surprise me when I evaluate these aircraft. One is a toilet. My wife wont let me look at another airplane unless that has been

addressed. Seems the companies are spending a lot of time and ink talking about range. What about passenger range?

The other thing is pneumatic de-ice boots as standard equipment on all of them. I have TKS on my Mooney and can tell you that it is miraculous. For $2 to $4 million, a toilet, glass cockpit and TKS seem to be the least they could do.

In your comparison of portable GPS units, theres one feature of the Garmin GPSmap 496 that was not mentioned. Many prospective buyers are unaware of the audio warnings that the 496 gives. As you approach dangerous terrain a voice says, “terrain ahead!” Then the voice says, “terrain, pull up!” and the voice becomes ever more insistent as the moment of death approaches.

If you are going down at an extreme rate, the voice warns of this also. And as you descend below 500 feet, you get a “500 feet” voice warning. This warning is a gear check if youre VMC and a possible lifesaving warning in IMC if your eyes are glued on the ILS indicator. Garmin genius.

I have owned a Garmin GPSmap 196 for several years and find it to be very useful. When I turn it on, I have to agree to use it for VFR only. In your article, you state that “the GPSmap 196 has all the basic features youd want including instrument approaches…”. My 196 shows instrument waypoints, but that does not make it capable of instrument approaches. Am I missing something or did you add a little too much?

Youre not missing anything and we didnt add too much. All of the upper tier Garmin portables feature approach waypoints. These can be used to fly approaches in emergencies or to back up certified approach equipment. Whether the portable is certified or not is irrelevant to this consideration.

With reference to your article on the Cessna Mustang in the May 2007 issue and as an aerospace engineer and private pilot, it bothers me to read “beat book performance by a whopping 17 knots…”. Shouldnt the “book” be right on? Did Cessna not evaluate the test data correctly? If the cruise numbers are off, what else is?

How about the stall speed, is that off 17 knots, too? Fuel burn, best single-engine climb speed-a lot of things could be wrong.

Published cruise speeds are not part of the approved flight manual, as are limiting speeds, such as stall speeds. So theres not much oversight by the FAA on that data, whereas the FAA makes sure that limiting speeds are accurate. During development, the flight test folks come up with cruise speeds they will publish, recognizing that even conforming prototypes have things sticking out of the airframe to collect data, so the cruise speed calculation always involves a bit of black magic.

For example, Piper publishes its cruise speeds at “mid-cruise weight” or at some lower-than-gross weight, thus the speeds are fairly fast, but usually cant be matched when you take off at gross weight and set cruise power. Cessna has historically loaded their airplanes above gross weight at takeoff so that they would be at gross during performance testing, thus most owners could beat the book figures by a knot or four and were happy.

My impression with the Mustang is that Cessna promised a 340-knot cruise speed some time ago. By happy coincidence, the airplane was faster than promised, but they never updated the speeds.

During the time I was at Cessna for the evaluation flight, I did overhear a conversation among engineers and a demo pilot in which they discussed whether to up the claimed cruise speeds in the manual. It doesnt seem to be a high priority, as long as the airplane meets or slightly exceeds the promised cruise speed. I have seen absolutely no indication that limiting speeds such as stall, Va, Vy and so on are inaccurate.