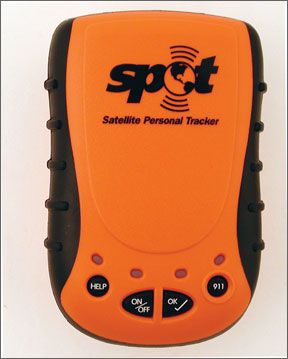 Your report on ELTs, PLBs and the SPOT was useful. But I think you didnt give SPOT a fair assessment. Allow me to augment what you printed on the subject.

SPOT does not rely on the unit surviving and operating correctly after an accident in order to summon help. I was heavily involved in the search for Steve Fossett and I couldnt figure out why his ELT had not led us to him.

From Web research, I soon discovered that ELTs get destroyed, drowned, detach their antenna or battery, or arent working even before the crash. If Steve had a SPOT on board, it would have tracked him to the scene of the accident, with a recorded trace readily available. It would have summoned help instantly if he was physically able to press the button. Even if he couldnt do that, the alarm would have been sounded within the hour of his being overdue.

Isnt it nice that even a suspicion of trouble can lead to investigation of the bread crumbs without the implications of invoking emergency services? The point is that SPOT seems to offer far more functionality than either ELTs or PLBs.

The offer of a free SPOT for people attending Oshkosh this year-you still pay for the subscription service-probably wasnt announced when you went to press. Even without that, the SPOT seems like a winning concept and a major step forward in safety. The subscription of about $150 a year seems like a bargain. Oh, and no FAA equipment certification involved. I must have died and gone to heaven.

ACA didnt offer the 406 at first, but both are now offered as options in the Champ. My point is that the cost of a 406 MHz is not totally in the stratosphere as you implied in the article. Compare a PLB from the article at $600 to $900 with the installed Artex at $1449 and it isnt that bad-especially if you have to purchase an ELT anyway.

I strongly recommend that folks look at the 406 MHz if you need an ELT. It just does not make sense to pay money for a 121.5. Replacement of a working ELT? Harder question. I am keeping the 121.5MHz ELT in my Maule for now, but I am getting tired of $60 batteries every other year. Its on the list for replacement.

Youre living in a dream world if you think Jet A is cheaper than avgas. At my home base, Jet A is a dollar a gallon more than 100LL. Include that in your analysis. As more light jets hit the skies, Jet A is will get more expensive, not less.

Jet A weighs 6.84 pounds per gallon. OK, lets just say that the diesel gets better gas mileage, say .38 BSFC vs .42 BSFC. That isnt enough to offset the loss in either useful load or in range if you give up fuel load. For a GA airplane with a 50-gallon fuel capacity, that is 300 pounds of avgas or 342 pounds of Jet A.

For your 500-mile comparison, rather than comparing the diesel to the gas version DA40, lets look at my 1978 Grumman-American Tiger for instance. If you were referring to 500 nautical miles, at 128 knots, I burn 7.5 GPH. When I fill up, my 29.25 gallons, its going to cost me $155 compared to your $143 to fill up on Jet-A at current prices. Pretty close comparison, so fuel wont save you much money.

So, it really comes down to maintenance costs. Oh, wait, there is no comparison. Even if I do a top overhaul halfway to TBO and replace the mags and vacuum pump twice, my operating costs through TBO will be less. Ive been listening to the argument for Jet A diesels for a long time. If the FAA would allow 10-to-1 or 11-to-1 compression ratios (LyCon is working on an STC for 10-to-1 pistons for Continental engines), fuel injected avgas engines with sequential port fuel injection can easily get to .38 BSFC. You will never see massive avgas to diesel conversions for existing GA aircraft. Youll never see the demise of 100LL, either.

If youve been listening to arguments about Jet A piston engines, you must not have been paying attention. The point is fuel availability and less about economy. We thought we made that point clearly in the article. Diesels are world engines, not U.S. engines.

Even at the fuel prices you posit, theres an $8000 fuel savings for the diesel over the engines lifecycle-at U.S. prices. (In the U.S., the avgas engine is still cheaper, however, due to its high buy-in cost. But only since the Thielert meltdown. Second-gen diesels may address this.)

At European prices, where Jet A is much cheaper than avgas, the equation is dramatically in favor of the diesel, even with its higher buy-in and maintenance cost. Remember, this is mostly about fuel availability, not economy. Avgas will never go away? Hold that thought.