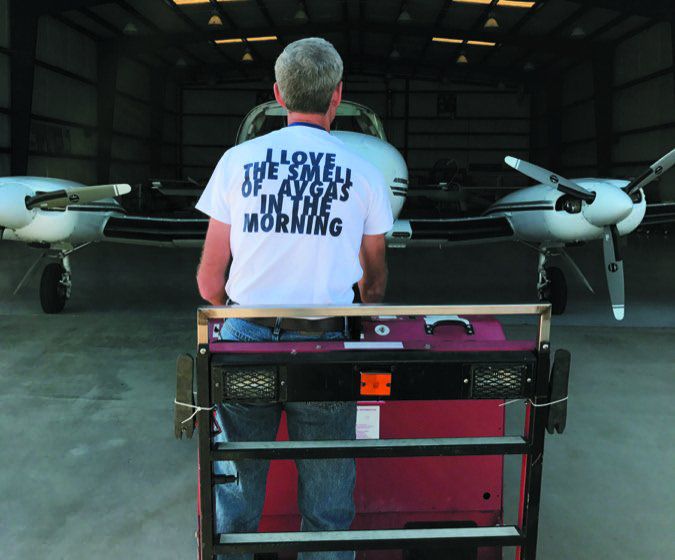 I read Larry Anglisano’s editorial on FBO price gouging in the March 2018 Aviation Consumer and have some thoughts. Like Larry, I don’t mind paying for good FBO service when I avail myself of it, but these days with venture capital firms consolidating ever-larger chains of glitzy and highly profitable FBOs even at relatively small airports around the USA, it is getting increasingly difficult to avoid both sky-high fuel fees and onerous ramp charges.

Last fall, for example, a friend of mine flew me up from Rocky Mountain Metro across the Front Range of the Colorado Rockies to Eagle Airport west of Vail. He taxied in to the legal outer edge of the Vail Valley Jet Center ramp, where I hopped out, then he immediately taxied back out for take-off. I strolled across the ramp toward the main exit gate to public ground transportation, but a line guy came running up and made me come in to the front desk, whereupon I was handed a $65 bill for “drop-off” service.

If you browse www.airnav.com to check all the fuel prices around the country as I just did, you’ll be pleased to note that, in quite a few spots, 100LL is back down to the mid-$3 range just like the good ol’ days, but there are still some egregious FBOs that are charging over $8 per gallon. For example, Jet Aviation in Teterboro, New Jersey, is currently charging $8.39 for 100LL while just 31 miles southwest, Central Jersey Aviation Services at Manville is somehow managing to eke out a fair profit by charging only $4.30.

Down in Texas (where gas should be really cheap due to all the local supply and refineries), Tetar Aviation at Dallas Love Field is currently charging $7.83 for 100LL, while just 22 miles east-northeast F46 Aviation Services at Rockwall Municipal Airport is making a profit at $3.80 per gallon, and the price drops to only $3.30 at Haskell Municipal Airport only 168 miles further west.

Fortunately, most of us can still vote with our feet, at least when we are flying for pleasure, by carefully researching prices on Airnav.com and then shunning overpriced FBOs like the plague.

It will be interesting to see how effectively (or even if) the FAA can ratchet down the price-gouging at greedy corporate FBOs on many larger-city airports.

As Anglisano pointed out in the commentary, it isn’t just about fuel prices. The real issue at a lot of airports is getting to the other side of the airport fence when you don’t need the services of the FBO. At many places, you have to first pass through the FBO’s doors and that’s where you’re slapped with a facility fee, whether you use its services or not.

I read your engine shop survey article in the March 2018 Aviation Consumer and want to describe an experience with a specific shop.

I used to be the proud owner of a 1978 Bellanca Super Decathlon, sporting a Lycoming AEIO-360-H1A engine. A bit over four months into owning the airplane, the 200-hour or so engine ground itself to bits in our local practice area. Short story is that I successfully dead sticked the airplane into a private strip a couple miles south of the practice area.

Not having experience in overseeing engine overhauls and making cold-calls to various shops, I ended up choosing Barrett Precision Engines in Tulsa, Oklahoma, to overhaul the engine. BPE was one of only two shops that held my inexperienced hand and offered a detailed description of how they would proceed. My old engine was so bad off that about the only part they could salvage was the accessory case. The shop recommended (and I agreed to) installing Lycoming factory cylinders.

Barrett sent me a wonderful engine that I flew for the next six years. I called them on a couple of occasions to inquire about a couple of different crankshaft ADs. Barrett was very responsive and friendly. I never had an issue with the engine during my ownership. I sold the airplane in 2011.

Today I’m flying an Extra EA-300 with an engine that was overhauled by Penn Yan Aero Services in the early 2012 time frame. They too have been responsive to any questions I’ve had about the engine including the recent AD about the connecting rod bushings.

I’m very happy with BPE and also Penn Yan. Both shops have provided a solid engine and great support.

Our maintenance guy suggested we look into buying a 406 ELT system at the next annual. Since ATC can locate any ADS-B aircraft via tail number, does this lessen the need for a 406 ELT?

We think not because a battery-powered ELT can continue to transmit long after the aircraft hits the dirt. An ADS-B Out system needs aircraft input voltage.