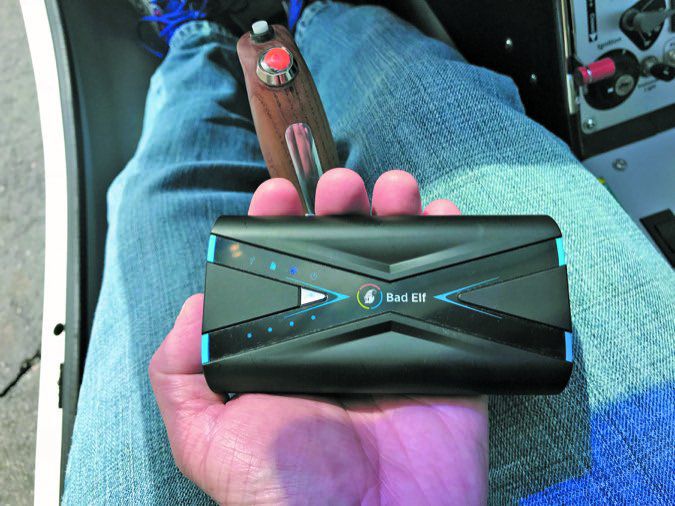 In the June 2018 Aviation Consumer article on the Bad Elf Wombat data transfer hub, you stated that “the Wombat accommodates all storage formats, including the SD cards used in Garmin’s G1000/3000 flight decks and in the Garmin GTN-series retrofit navigators.”

In addition to the information on the Bad Elf website, this was the only reason I bought the unit, but I couldn’t update my Garmin GTN650 and G3X datacards with it, which use data loaded from the flyGarmin website. I feel like I’ve been duped.

We asked Bad Elf for comment and it sorted out the situation that all potential Wombat users need to understand.

It responded: “As the article stated, in order to use Wombat, you need to have the Jeppesen Distribution Manager (JDM) as your data provider. Bad Elf teamed with Jeppesen, which has launched a mobile version of the JDM that for years ran primarily on desktop and laptop computers. We do support your avionics, but the flyGarmin service is proprietary and does not support wireless data updates via the Wombat.”

Bad Elf also suggested that flyGarmin customers who want to use the Wombat wait until the subscription has expired and then switch to the Jeppesen JDM because the cost is nearly the same and it will allow them to use the Wombat for remote avionics data updates. Worth mentioning is that Garmin’s Flight Stream 510 wireless card that performs a similar function (plus a variety of other ones, including flight plan transfer and data overlay) is in the $1500 price range, compared to the $250 Wombat piston model.

My foray into home flight simulators began long before you ran your article on simulators in the June 2018 issue of Aviation Consumer. I agree with your assessment. I was put on to X-Plane 11 by the Sim Essentials tutorial by Pilot Workshops (www.pilotworkshops.com).

Also, I am very pleased with the Volair flight simulator chassis.

Thank you for the thorough article on home flight simulators in your June 2018 issue. This is a timely and helpful buyer’s guide for me. Do you plan to follow up with an article on professional simulator training? I’m stepping up to a Cessna Conquest from my Cirrus and my insurance company requires that I get initial and recurrent training. I would like your thoughts on the quality/value of sim-based transition training.

In my Twin Comanche I have been using the Aspen Evolution PFD1000 for several years now without problems and am considering replacing the backup vacuum-driven mechanical attitude gyro and finally removing the vacuum system for good.

For a backup attitude indicator I’m torn between the RC Allen RCA2610-3 digital AI and the Garmin G5 EFIS. I back up the Aspen, Avidyne IFD540 and Garmin GNS430 with an iPad.

Am I wasting $1000 by going with the lesser-featured RC Allen instrument or is there value in its battery and unit construction? I’m tired of changing vacuum pumps.

While we have no problem with the RC Allen’s construction or performance (based on the one we flew with and looked at on the bench), the PFD functionality in the Garmin G5, along with price, is convincing enough to pick it, in our view. But it will likely require additional approval for use as a backup since it’s STC’d for primary use.

The RCA2610-3 shown above has optional pitch synchronization, but there’s no inclinometer. That’s an additional $147, which is a mechanical add-on for the instrument’s bezel. We hoped the company would add flight instruments to the unit by now.

Larry Anglisano’s article on antenna upkeep in the July 2018 issue was right on the money—literally.

Our P-model Baron just came out of the avionics shop after major panel rework, and antenna upgrades were a whopping $6000 after engineering approval because of the pressurized airframe. That was a major cost overrun.