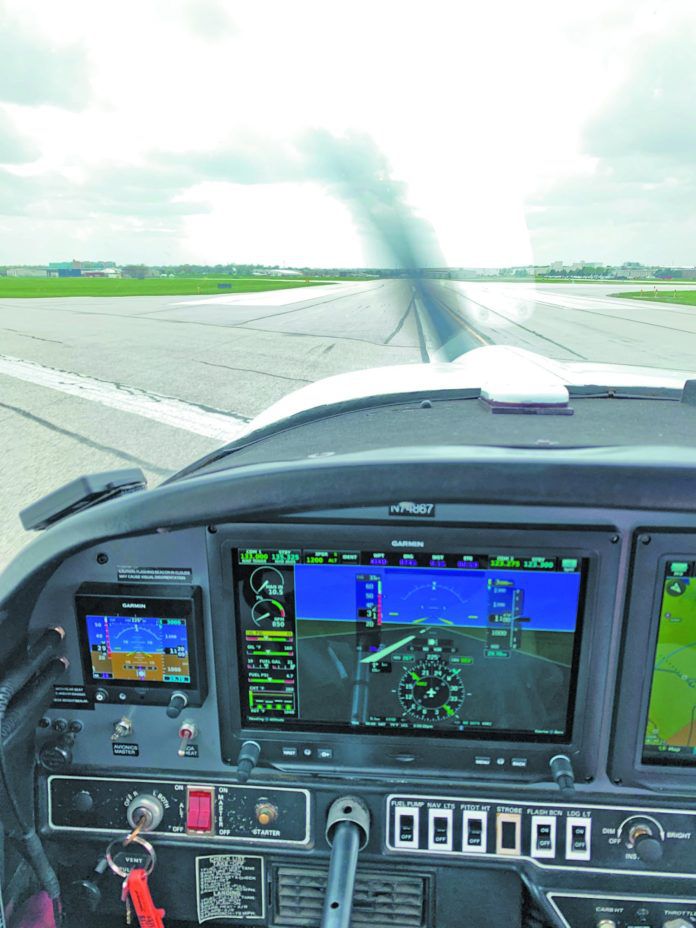 I read your review of Garmin’s now STC’d G3X Touch integrated avionics suite in the June 2019 issue of Aviation Consumer and I think you left something out.

I have a 1981 Cessna P210 and would like to install the G3X Touch when it gets on the AML for my plane. If you look at the Garmin G3X Touch website and keep scrolling down they rather casually mention that for IFR you must retain the vacuum-powered attitude indicator or install the Garmin G5 as well.

That would be a deal breaker for me as I already have a non-Garmin electric attitude indicator for backup and one of my desires is to finally get rid of failing vacuum pumps.

We asked Garmin about this requirement and it responded: “Yes, the STC’d G3X Touch does require standbys for an IFR installation like John describes (just like most EFIS/PFD installations). But the good news: A single G5 can take the place of the vacuum attitude, the mechanical airspeed and mechanical altimeter. The G5 attitude instrument is also highly integrated with the G3X Touch. We thought that was a great deal versus having to keep the old iron gyro equipment or install a more expensive electronic standby, like a Mid-Continent Instruments and Avionics MD302, to name one.”

Having read your coverage of the Aspen E5 budget EFIS, I notice that there is no mention that to interface the display with a legacy autopilot (like a Century 41 that’s in my Mooney), you will need a $2795 EA100 adapter, as well as the $1000 ECU. This applies to most legacy autopilots.

This is not mentioned in any of Aspen’s advertising. This extra cost is making it a lot more expensive than they lead on.

We did mention the required ACU in the E5 article (February 2019 Aviation Consumer), but didn’t talk about the gyro emulator. Our sense is that the entry-level E5 really isn’t aimed at interfaces that are this advanced, but instead for basic VFR aircraft and owners looking to get into the world of basic EFIS.

In your case, given your current setup, have your shop price a couple of Garmin G5s, a G3X Touch and an Aspen MAX 1000 and compare it to a Aspen E5. The numbers will be higher than a plain-vanilla E5, but worth looking at.

Thank you for the solid advice in the aircraft weighing article in the July 2019 Aviation Consumer. I wish I thought of this when I contracted my shop to install a complete avionics retrofit in my old Bonanza last year. I always suspected that the numbers in the weight and balance report were bogus and thought a new report prepared by the shop would finally set it straight. It didn’t, based on the numbers after I had it weighed.

Turns out there was a 28-pound discrepancy (someone never logged the removal of an old strobe light power supply and some other stuff a number of years back), plus the CG was off considerably. To me the service was worth the $600. Thanks for the great service you consistently provide through your work.

The May 2019 review of used Cessna 182s states that early 182s prior to 1962 182E had wet wings. This is incorrect. Models 182 through 182D also had bladders. The original bladders in our 1957 182A were a different material than today’s replacements and lasted a very long time-nearly 45 years.

The article is absolutely correct to mention a concern about wet wing tanks leaking as the fleet ages. Doing a proper reseal of a Cessna wet wing is far more difficult than most and it may be difficult to find anyone who will reseal a Cessna wet wing. The forums in www.cessna-pilots.net have an excellent thread on the task.