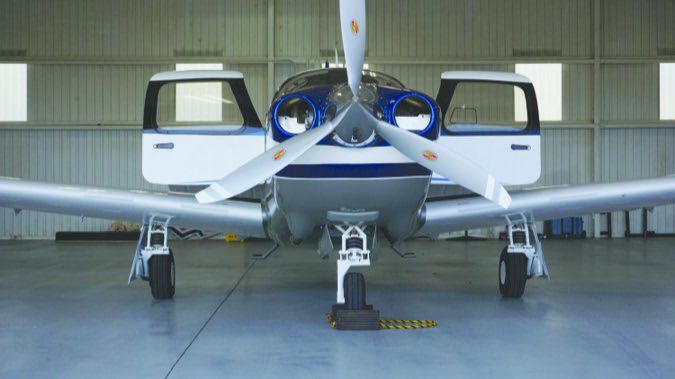 I read the Mooney Acclaim Ultra flight trial article in the October 2018 Aviation Consumer with interest, and have a couple of comments tangentially related to the airplane.

I have never explicitly seen it written anywhere that when one buys a glass panel airplane like the Garmin G1000-equipped Mooney Acclaim, the aircraft OEM owns the software for the avionics. This has been a problem with Mooney through its various bankruptcies and production hiatus. I don’t know if it has been a problem with other OEMs, and I understand only Mooney Service Centers (which seem to be few and far between) can do the G1000 software upgrades.

This is obviously not an issue with Garmin’s retrofit G500/600TXi and the GTN-series navigator support.

The G1000 NXi in the Mooney Acclaim Ultra (like every other G1000-equipped aircraft) is certified/encompassed within and governed by the aircraft’s type certificate. Any modifications-including software upgrades-require an amendment to the aircraft’s original type design. This takes time and costs money.

Garmin told us that the rights to the G1000 software (or updates to it) are proprietary and vary among OEMs.

Is it me or does the paint job on the new Mooney Acclaim Ultra look like it was inspired (or even lifted from) the mid-1960s Piper Comanche?

Everything old is new again, we suppose.

As an owner of a Mooney 231, I’m relieved that Mooney seems to be ramping up production, at least in small numbers compared to the competition. Does anyone know how many Mooneys were cranked out this year?

As we go to press in early November 2018, the General Aviation Manufacturer’s Association 2018 second-quarter shipments and billings data shows a total of six units for Mooney. This includes three M20U Ovation Ultras and three M20V Acclaim Ultras. And since you brought it up, contrast this to Cirrus Aircraft, which shows the total units at 197. That includes the SR20, SR22, SR22T and the SF50 jet.

For More On Aerostar Ownership

In the Piper/Smith Aerostar used market review covered in the November 2018 Aviation Consumer, I think you did your readers a disservice in omitting mention of the valuable The Aerostar Forum. This active forum is a good web-based resource for Aerostar owners and individuals interested in learning more about this fine aircraft.

The forum-which was created and is sustained by Aerostar owners-is not related and is an alternative to the Aerostar Owner’s Association. The forum is free, its quality of information high and there is an extremely resourceful reference library. The Aerostar Forum also has an active Facebook presence. Access the forum at www.aerostar-forum.com.

I read with interest Larry Anglisano’s flight trial of the BendixKing AeroVue for the Beech King Air in the October 2018 Aviation Consumer. His instinct is correct-the system could work in other turboprops besides the King Air. My company operates two Pilatus PC12NG aircraft, which are equipped with the Honeywell Apex avionics. We also operate a Piper Cheyenne II that’s eating our lunch in avionics upkeep and the AeroVue seems like a logical choice for familiarity. Will there be more STCs?

After a recent discussion with BendixKing, we’re not confident there will be. The newer and less integrated AeroVue Touch will likely have more retrofit approvals.

At press time, that system is said to be in the AML-STC approval process. We’ll have a flight trial report this winter. BendixKing is already selling the experimental version, the xVue Touch.