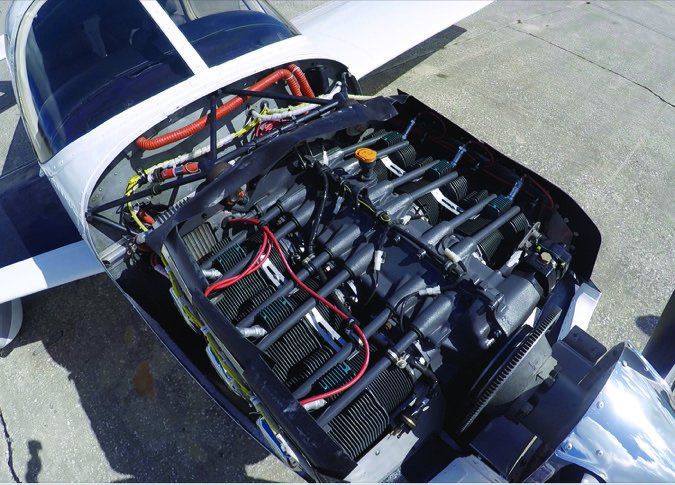 I read with interest, as I tend to do with all things aviation, the article in the December 2017 Aviation Consumer about Premier Aircraft refurbishing Piper Dakotas. I was enjoying it until I read the part about Dakotas not getting “real annuals.”

I have no vested interest in this area, but I do feel that the statement is insulting to field mechanics everywhere. I have owned a number of planes from different manufacturers and they have been serviced by both service centers and field mechanics. Personally, I have experienced some of the worst service from authorized service centers. I have found under my cowling rags and plastic cups. How about watching a mechanic come at your windshield with brown paper towels from the men’s room to clean it for you? I’ve also dealt with repairs not done correctly, which had to be redone by my local mechanic. I ultimately got a full refund from the service center, but my plane was down for additional time. Spending extra money for the privilege of a service center is no guarantee of better work.

Right now my Piper Matrix is at a service center getting an annual for the first time since I have owned it. We shall see if it is a “real” one.

While Premier’s view may have a whiff of sales hyperbole, it’s unrealistic to think the overall maintenance state of the GA fleet is good, especially for older airframes of lower value. Whether maintained by a service center or not, we think older airplanes are often poster children for deferred maintenance, missed or poorly complied-with ADs and undocumented repairs.

An Expert On The Pitts

One of my students showed up with the November 2017 Aviation Consumer, which included your review of the used Pitts Special. I was prepared to be nitpicky because writers have a terrible habit of mixing facts with opinion when it comes to my biplane baby, so I had my electronic red pencil out ready to fire away some corrections. I was amazed that I didn’t want to use it once. You guys did a super accurate job and represented the airplane fairly, and I applaud your writing and research mightily.

The only minor point is that you bought into the it’s-small-so-it’s-twitchy syndrome. In actuality (this is the aero engineer in me, not the Pitts instructor, speaking) aerodynamically, the airplane falls right into the rule-of-thumb ranges in terms of length and gear width design. What makes it quicker on the ground is that it touches down so fast. In the best of calm days, we’re touching down around 70 to 73 MPH, so the “velocity squared” thing comes into play. Put 15 MPH of wind on the nose so we’re closer to Citabria speeds and the airplane is a pussycat.

I probably shouldn’t make the next statement because it’s bad luck: I’m coming up on 7000 hours in type and over 6000 in the pattern at roughly six landings per hour and so far haven’t put a mark on a Pitts (if you don’t count hitting six Canada geese on takeoff). But, as I’m fastening the belts, 100 percent of the time I hear myself saying “Is this the flight that’s going to bite me in the butt?” The airplane keeps you focused and completely honest and the challenge never goes away. That’s what most of us love about it.

The reason people have problems with the airplane on the runway isn’t that it’s supposedly “squirrely,” but because the average pilot’s basic skills have eroded over time. Put the airplane on square, with no drift, and it’ll roll straight.

But, if the pilot isn’t keeping the ball in the center and makes a nearly perfect approach, it’ll chase his butt all over the airport. Ground handling problems are the result of approach problems.

In your budget EFIS shootout article in the January 2017 Aviation Consumer, you said the Garmin G5 display would accept input from the company’s WAAS panel navigators in lieu of installing a dedicated GPS antenna for the built-in GPS. The G5 STC installation manual says the input format for the remote GPS data stream needs to be set for MapMX format 1.

The Appareo ESG transponder has a GPS that transmits over a RS-232 serial bus, but there’s no mention if this is a pass-through of the encoder’s altitude, the ESG antenna signal or something else that just might interface with the G5 and save installing a dedicated antenna for it. I’d like to know. Appareo hasn’t a clue and Garmin won’t talk anything but Garmin.

That’s a popular question. Garmin tells us the G5 is only approved for connecting to an external GPS that outputs the proprietary MapMX data label.