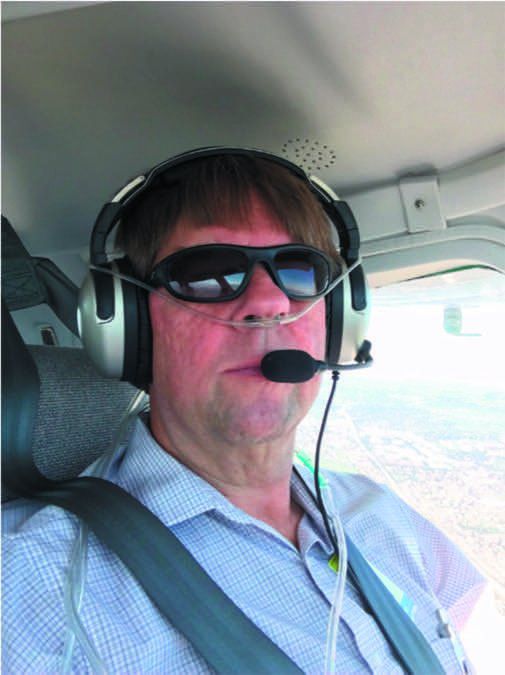 I read the portable oxygen concentrator article in the June 2017 Aviation Consumer with interest because my wife has a lung deficiency and has needed O2 when we fly above 6000 feet. We have been using the Aerox system, but she says it dries her nose.

She was prescribed an oxygen concentrator and ended up with the Inogen One G3. She has used it in the airplane at altitudes as high as 9500 feet and reports no dryness. I checked the specs of the Inogen One G3 and the Inogen Aviator G3 for the aviation market and find no difference in specs except for price and claimed altitude usability. I wonder if Windblade has only advertised increased performance in order to appeal to the aviation market. I would expect Aviation Consumer to do some independent tests.

During our research, we asked Windblade’s Tom Laux about the differences in the Aviator series compared to the Inogen non-aviation concentrators. He told us the company went through a sizable redesign and testing cycle to ensure the Aviator models can operate safely in small aircraft cabins. According to Laux, this meant redesigning the batteries.

Additionally, like the other models, he said the company is currently testing the smaller G4 used in the medical market before it adds a version of it to the Aviator line. This includes altitude testing, testing of the DC converter, examining operating profiles for output levels, plus thermal testing of the spinner indicator. While we’re not ones to pay more money for a product simply because of aviation marketing, in this case we’re more confident knowing the power supply was reworked and the systems undergo extensive altitude testing.

I think there are some important points to be added to Paul Millner’s article about portable O2 concentrator use in aircraft. We have considerable experience with Inogen systems, being the company’s largest single customer, renting these units to passengers who travel on commercial aircraft.

Airflow to and from the unit is critical and the picture in the article (where the device is stored between the pilot and copilot seats) could easily result in overheating for the G2 model that’s shown. If it was the G3 installed like that it would overheat for sure.

The Inogen POCs must be 41 degrees F to operate. The unit will shut down below that temperature.

As for sharing the system among multiple users, two users on a pulse flow device is risky since it only has so many breaths per minute capacity.

Last, smaller is not necessarily better. If one checks the FDA device complication reporting site, most deaths were either malfunction or insufficient outflow. All non-defective issues are related to smaller pulse flow.

Thanks for the great article in your June 2017 issue on the efficacy of AmSafe airbag seatbelts. One of the great disappointments I experienced after buying my 1990 F33A Beechcraft Bonanza three years ago was learning that the airbag seatbelts are STC’d only for the A36, not for the V-series or F-series Bonanzas.

I have spoken with AmSafe several times and still don’t understand why the company will not pursue an STC for our aircraft. I personally know over a dozen V35 and F33 owners who would retrofit their aircraft in a heartbeat. I even offered to lead a campaign among American Bonanza Society Members, but to no avail. I also asked about the feasibility of getting a group of owners together to pay for a field approval for specific aircraft. The company still said no.

These airbag seatbelts are easily the best safety upgrade we could possibly make to our aircraft and I fervently hope AmSafe will reconsider their decision not to obtain an STC.

We contacted AmSafe and spoke with Jim Crupi, the company’s business development and technical support manager. According to Crupi, one reason why the V-series Bonanzas aren’t on the STC list is the bench seating arrangement in earlier models. Still, we didn’t have to remind him there are plenty of V models with seating configurations like the A36. But he didn’t say a future approval is out of the question. Get enough owners to commit to a non-refundable deposit to start the STC process (as some twin Cessna owners did) and you might get somewhere. It’s power in real numbers.