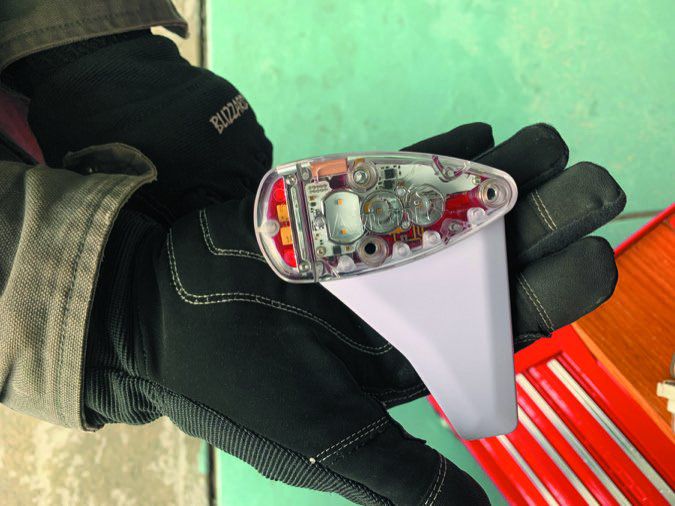 I read your field report on the uAvionix skyBeacon installation and fly-off in the May 2019 Aviation Consumer. Incidentally, I had an A&P/IA install a skyBeacon in my 28-volt Cessna 172N and directly after the installation found that the unit won’t validate with the FAA’s radar inside the Mode-C veil, required for the FAA rebate.

I have been troubleshooting this problem with uAvionix and was told the problem is because my unit shipped without the newest firmware update. Buyers need to make sure their skyBeacon has current firmware. Since mine was out of date, this mistake is costing me lots of money and time to fix on my own because I have to fly for an hour back to the shop.

We asked uAvionix about this and were told that it released a skyBeacon firmware field update in March 2019 and the company has been shipping new units with that updated firmware in place since the February 2019 timeframe. There isn’t firmware specific for 24-volt aircraft, but the updated firmware resolves a compatibility issue uAvionix observed when installed on 24-volt aircraft. The company also issued a service bulletin for the requirement and posted it on the company website.

Worth mentioning is the current STC installation manual requires verification of the skyBeacon firmware version prior to installation to ensure equipment has the most up-to-date software. This is true of any avionics installation and it’s up to the installer to verify that the equipment complies with any outstanding service bulletins and other published guidance before releasing the aircraft for service.

In the June 2019 Aviation Consumer article on the skyBeacon ADS-B flight test, Rick Durden states in part you have to make a 30-minute flight in “rule” airspace where ADS-B Out will be required next year and obtain a report from the FAA confirming that your system meets FAA-defined performance specs. This is to collect the FAA’s installation rebate.

But what if the rebate is not available or you don’t want it? Do you still have to fly in ADS-B airspace for 30 minutes as he describes?

You should follow the guidance in the ADS-B system’s approved installation manual. If it prescribes a flight test (or any means of testing), comply with the manual. Still, we think it’s a good idea to validate a new installation for two reasons. First, unless the shop has the appropriate test equipment to make certain the system works properly, it could be the only way you know if the system meets the ADS-B performance specs. Second, the flight test enables you to print an ADS-B performance report to keep with the aircraft records, proving that the system meets the 2020 mandate. In our experience, some tweaking might be required and the flight test is an easy way to discover it.

After reading the VG article in the April 2019 Aviation Consumer, I thought I would offer feedback.

When operating our 182Q Skylane out of Marlboro Airport (9B1) in Massachusetts, we purchased a Horton STOL kit to better cope with its 1570-foot (tree-obstructed) runway and have been delighted with the aircraft’s significantly improved lower-speed handling.

We later installed VGs and found that only area of improvement was a considerably better ride in turbulence, and perhaps slightly lower stall speeds. In fact, the price we paid for the mod was not worth the 6-knot loss in cruise speed. After flying with the VGs for two years we actually removed them.

Since I am in the market for a folding e-bike, I read with great interest your article in the June 2019 Aviation Consumer on the two latest e-bikes from Jupiter Bike. It was a great article, but why didn’t you include a comparison with other folding e-bikes? Is that something I can expect in an upcoming issue of the magazine?

Contributor Phil Lightstone had actually purchased the latest V2.0 (and rode the Discovery) so we ran his field report since these bikes were extremely popular at this year’s Sun ‘n Fun. Still, we’re preparing a roundup of folding bicycles, but not limited to e-bikes although we’ll look at other electric models in that article.