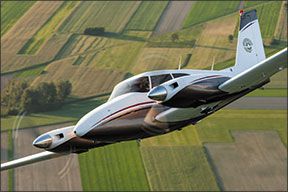 As an owner of a Zaon XRX, I am saddened to see the company go (December 2013 Aviation Consumer), but I’m not surprised. It is another casualty of the iPad Effect.

Pilots have stopped buying XRXs because, for considerably less money, they can buy an iPad with one of the major aviation apps, plug in an ADS-B receiver and believe they are getting the same or better results.
That may be true, but if you are out of range of ADS-B or don’t have ADS-B Out, what you give up might be fatal. I have ADS-B Out and In, TIS and the XRX, so I have some idea of the advantages and disadvantages of the various technologies.

Zaon isn’t the first victim of the iPad Effect—paper charts are increasingly rare. Air Charts succumbed a year ago. More recently, and even more devastatingly, the iPad Effect contributed to the closing of RMS Technology, which made the excellent Flitesoft flight planner for a quarter century.

When I moan to other pilots about the loss of Flitesoft, the usual answer is, “Just use ForeFlight.” The problem is that, by comparison, ForeFlight is almost a toy. There are many significant features found in Flitesoft that simply don’t exist in ForeFlight. Probably the most important is fuel planning.
I realize that iPad flight planners

are still developing and will presumably become robust enough to do most of the things as well as the products they supplanted. Other than handling approach plates, they aren’t there, yet.

I need to correct the record on one factual point and challenge two conclusions, at least as they apply to the Twin Comanche, in the December issue. I have flown three different Twin Comanches for over 1000 hours over the last 25 years and have yet to fly one that is as slow as you published for the cruising speed; 168-170 knots is more realistic.

First, a Twin Comanche is not three times the cost to operate as a big single. I doubt it is any more expensive to own and operate than a Bonanza.

The value of a big single versus a light, light twin depends more on the mission. I went with the twin for the redundancy of the systems and the fact that out here in the west there are not as many attractive places to make a forced landing. The second engine provides options unavailable in a single, especially as I fly night IFR. Plus, with turbos, the Twin Comanche will hold more of the MEAs out west on one engine.

Above and Beyond
I recently experienced a couple of very positive experiences with aviation manufacturers and wanted to pass along what happened.

I had a couple of issues with my Lightspeed Zulu headset. When I called the service department, I actually got to talk to a real human—who was also pleasant and helpful. I arranged for repairs. Lightspeed fixed some aging plastic parts and a broken battery box. Despite owning and using my headset for years, there was no charge.

I have a JPI EDM 700 that I bought new for my airplane 18 years ago. It developed a problem in the circuit for dimming the display. After talking to the company president, Mr. Polizzotto, I sent it in for repair. The problem was fixed and the software updated for no charge.
I’ll be buying JPI and Lightspeed products in the future.

Steve Reeves
Via email
The Refurb Game
I read your article on refurbishing in the December issue and disagree with a point in the sidebar. I think it badly undervalues those airplanes that have advanced avionics. A GNC530W in a Bonanza will command more than a $4000-$5000 increase over a similar Bonanza with its original Collins 251/351 package.
I think some buyers have made very low-ball buys from distressed sellers or estates, and that has become the accepted norm. However, have you noticed how few nice, clean, well-equipped 1980-1995 high-speed singles are on the market? The owners have rebelled and pulled their aircraft from the market. I have done just that. I won’t contribute to the downward frenzy to illogical pricing. Ultimately, the prospective purchaser will have to pony up the bucks to get advanced technology or enjoy their old Collins/King VORs until January 2020 and then see what happens to the cost/time equation for upgrade.