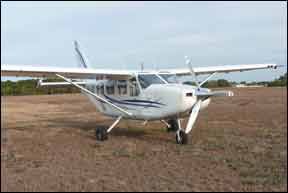 Strike Finder Sparks
Your article on lightning detectors (see Aviation Consumer, April 2012) underplays how good Insight’s Strike Finder is and how good a value it is. I cut ‘em closer than recommended, but my Strike Finder never steers me wrong.

Your article suggests that downloaded radar images can be 30 minutes old. With most storms going through a 20- to 40-minute cycles from birth to death, I consider this worthless.

I’ve been trusting my life to Strike Finders since about 1990 for nine years and then a new one in 2002 (with internal gyro stabilizing and the super-bright display) when I got my Arrow.  They never steer me wrong and I’ve never had the slightest problem with either of them.

I went with inexpensive but good shops—Avionics West in Villerica, Georgia—for the second one and never had spurious signals except rare 200 miles away at 3 o’clock and 9 o’clock in the first installation from strobes, which were irrelevant.

What we said was that NEXRAD returns can be up to 30 minutes old, but they usually arrive reliably in 5-minute cycles. A sferics device is a good companion for a datalink weather, but if you can have only one, we’ll go with datalink. It’s just more capable and flexible for all weather, not just convective conditions.

AirVan vs. Cessna 207
In your March issue, I read with interest your review of the Gippsland GA8TC and noticed that you compared it with the Cessna 206 (which is smaller) and the Cessna 208 (which is larger), yet made no mention at all of the Cessna 207 (which is just right).

I realize the 207 is no longer in production, but is still very actively flying in places like Alaska, with some planes still going strong, having over 20,000 hours. I felt your review should have included at least some mention of the sturdy and venerable 207, one of which I happen to own. Since the specs are so similar, it seems obvious that the Gippsland was designed to fit into the marketing niche vacuum created when Cessna stopped making the 207 model.

The reason for the GA8TC being slower is probably due to its boxy shape and longer wings. Thanks for having such an interesting and informative magazine.

LSA Capital Costs
I enjoyed the article comparing the cost of the two aircraft in a flight school scenario. (See Aviation Consumer, April 2012.) However, neglecting capital costs isn’t very realistic.  If in fact U.S. Aviation has a source of no-cost capital, I would like them to sign me up for a couple of million.

Using the same zero-cost capital assumption, my 80-acre tree farm is producing tremendous profits—over the next 60 years I’ll probably get $150,000 in timber off it, spending maybe $20,000 for road maintenance, spraying and taxes.  With zero capital costs, I could buy another 800 acres and retire on timber income.

In reality, I can’t imagine anything less than 4 percent loans on these aircraft, meaning the LSA costs around $3000/year in interest, compared to the 152 being around $1000.  If these planes are flown a few thousand hours a year, that isn’t all that big a number, but it still represents a whole lot more capital tied up in the LSA aircraft.

I would be interested to see the return on asset numbers on this, but without knowing hours flown per year, interest rates, and percent of aircraft financed, that’s not possible.  Would U.S. Aviation release this information? I’m not going to compete with them with airstrips on my tree farms.

We could have added the capital costs, but the focus of the article was operational costs. As you have, you can figure the capital on the back of an envelope and be close enough. Just plug in the assumptions that make sense for your situation.

I figure I’ll keep going with what I have until I decide I need a tablet. Then there will be soul searching about iPad vs. Android. With my Droid serving as a hot spot, I suppose either one could access the Internet without the need for an additional 3G/4G data fee.

I think your article should have at least mentioned MyCast and the transition with a review coming soon.

We brought things up to date in the May issue, with a review of Garmin’s new Pilot app.