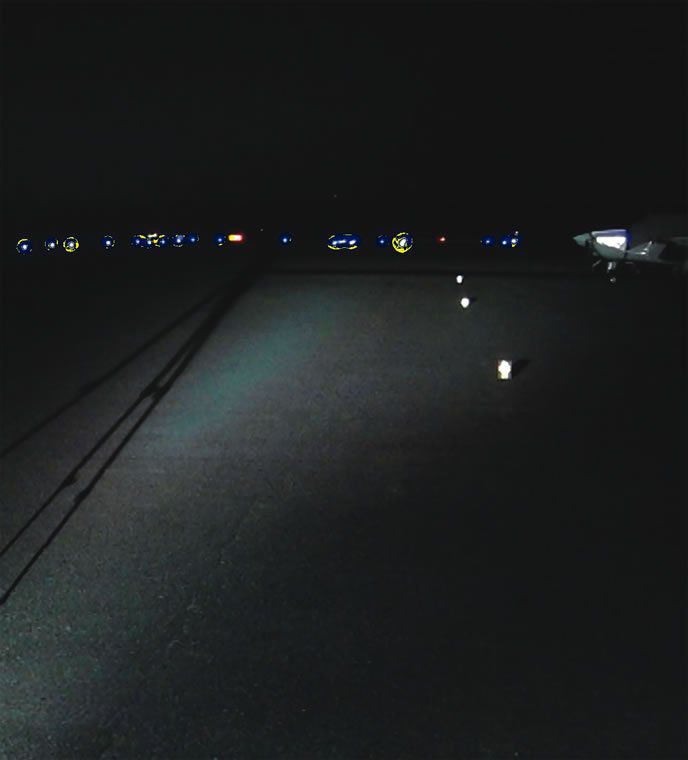 I read the HID article in your May 2015 issue and thought your readers might be interested in my real-world experience with HID lamps.

I wanted to purchase HID landing lights back in 2006 for my Mooney M20K, but there wasn’t an available STC. The lights Knots 2U offered were less expensive than the others I could find, and they were willing to work with me to get a field approval.

My shop referred to their STCs for Cessna and Piper when we sought the field approval.

The warranty was five years or 5000 hours of bulb life, whichever comes first. I keep the lights on whenever I am flying. Just beore the five years was up, one ballast failed. Knots 2U replaced it under the warranty.

About a year later, the other ballast failed, and it was also replaced at no charge, even though it was out of warranty.

I worked with my local A&P to replace that ballast and I noticed that the new ballasts were a different brand than the original ones. Perhaps they will last longer.

The unusual thing I did was replace the two landing lights (10-degree beam width)—both in the nose of the cowling—with HID taxi lights (30-degree beam width.) I wanted the wider beam because my problem with night flying was not landing, but it was finding those pesky taxiway exits from the runway.

I had the new lights adjusted as far outboard as possible. They still overlap some in the center, but they also show the edges of the runway well.

I’m an engineer and naturally tested this setup before installation. The part of the beam where the original landing lights were aimed was brighter than before, plus the side lighting is much better.

After reading many articles about LED landing lights, and Paul Bertorelli’s article on LED versus HID lights in your May 2015 issue, I decided to take the plunge and convert all the external lights on my 1980 Cessna 210 to LED.

I concluded that the Teledyne Alphabeam and the AeroLED landing lights were the best and ordered one of each to compare on a dark night. My admittedly subjective conclusion was that they are both extremely good, very bright and any differences were subtle.

The outcome of the tests in Paul’s article do not jibe with what I saw with my own eyes. I wonder if the AeroLED appeared brighter to the luxometer due to a narrower beam. I preferred the wider spread of the AlphaBeam.

I disagree with the notion that the more LEDs in a light, the brighter it is. There are many factors at work, including the driver circuits, reflectors and heat sinks, but in the end, an LED’s brightness is a function of power input and heat dissipation. I think for this application, the size of the PAR 36 receptacle limits the heat sink and the manufacturers have decided that 45 watts is about it. If you want something more than this, have an unlimited budget and want to make a statement, get an HID landing light.

In my subjective tests, the AlphaBeams were superb. I don’t know how you could evaluate the lights any differently, other than installing each light in the same airplane and doing a few night takeoffs and landings and asking pilots and passengers their opinions. There are so many variables—taxiing, seeing the runway and visibility from other airplanes. I’m very happy with my Alphabeams and they were cheaper than two Aero LEDs, plus I think the wider spread makes my plane more visible at night.

The data is the data. In three separate rounds of testing, the brightness numbers varied slightly, but the directionality was always the same and predictably repeatable. Although it’s true that more LEDs don’t necessarily equal greater brightness, that was definitely—and measurably—the case for these products. We stand by the conclusions. We’ll have a video out shortly showing these results.

I read Larry Anglisano’s Champion spark plug update in the May 2015 issue of Aviation Consumer with interest. For many years I used Champion spark plugs in my autos and in my airplanes. About 20 years ago I started getting faulty Champion plugs right out of the box, while the ones in service were failing at an unusual rate compared with ones used in earlier years. Something changed—who knows what—but they are not the same. I no longer use any Champion plugs and haven’t for years.

At several aviation events attended by Champion, I asked its representative about the problem and they’ve always denied it. Now, without announcement, last year it redesigned its aviation spark plugs, while revamping its manufacturing process. I have lost confidence in a company that won’t admit to problems, then tries to fix them without announcement.

As we reported in that follow-up article, Champion’s new aviation spark plugs represent a major design change. This includes a fired-in suppressor seal, or FISS—a design used on its automotive plug for years. We’ll keep tabs on reliability.