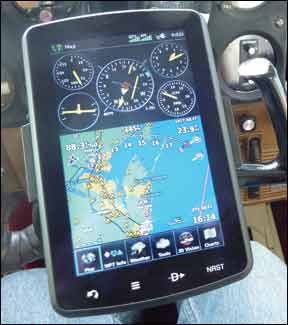 Garmin aera 796
I watched with great interest your video on the aera 796. Good looking piece of tech for the airplane, but I have a question:

The aera 796 doesn’t need GPS position to function as a chart or plate reader. However, with no position, it won’t be able to geo-reference aircraft position on the charts and plates. Nor will the 3D Vision or flight panel page function.

I just read your review on the aera 796 and you did cover it well. Being a Garmin fan, I am going to have to say this has very little in the way of it being a iPad killer as other reviews have said, but you guys did not.

CO Detector Feedback
Your February 2011 issue featured an article on the top-value CO detectors with the top choice being the BW GasAlert Extreme. Based upon your recommendation, I purchased one to use in the cockpit of my Beechcraft Bonanza.

It was everything your article claimed, for six months. At that point it needed to be recalibrated.  In my case, I either have to ship it to California or some other state for recalibration as no one does it in Arizona or I need to purchase a tank and regulator which retails for about $205 and recalibrate it myself. This brings the cost to over $450 to have a functioning detector. If recalibration expense is a factor with all CO detectors, I feel it should be mentioned in the cost.

IO-390?
I will probably be going through an engine overhaul on my PA-28R-200 in the next two years or so. I have 400 hours left before overhaul.

I am seriously considering replacing my 200-HP IO-360 with the Lycoming 210-HP IO-390. However, I have only seen a short insert in a 2008 article from Aviation Consumer about this engine.

It has been in the experimental market for a few years, and if everything went as planned, should have been certified in 2009 or 2010.

Will Aviation Consumer be doing an article on this engine soon? Do you have any information concerning this engine that you can share? Are mechanics up-to-date on the care and feeding of this engine? How is the cost? What kind of value can one expect for the old engine if purchasing this new one? You get the idea.

The IO-390 is a certified engine and available from Lycoming. Our factory engine survey on page 8 of this issue drew reports from three owners of Lycoming IO-390 engines, two in experimental aircraft and one in a Mooney. None of the owners commented one way or the other, nor did they report any particular problems with the engine. We’ll take a closer look in a future issue.

Baron Addition
In my report in your Used Aircraft Guide on the Baron (see Aviation Consumer, September 2011),  I erred in the sentence regarding takeoff distance for the B55 Colemill Baron.

I apologize for the error and would encourage my fellow Colemill Baron drivers to flight test at various loads and density altitude conditions to determine their own performance stats.