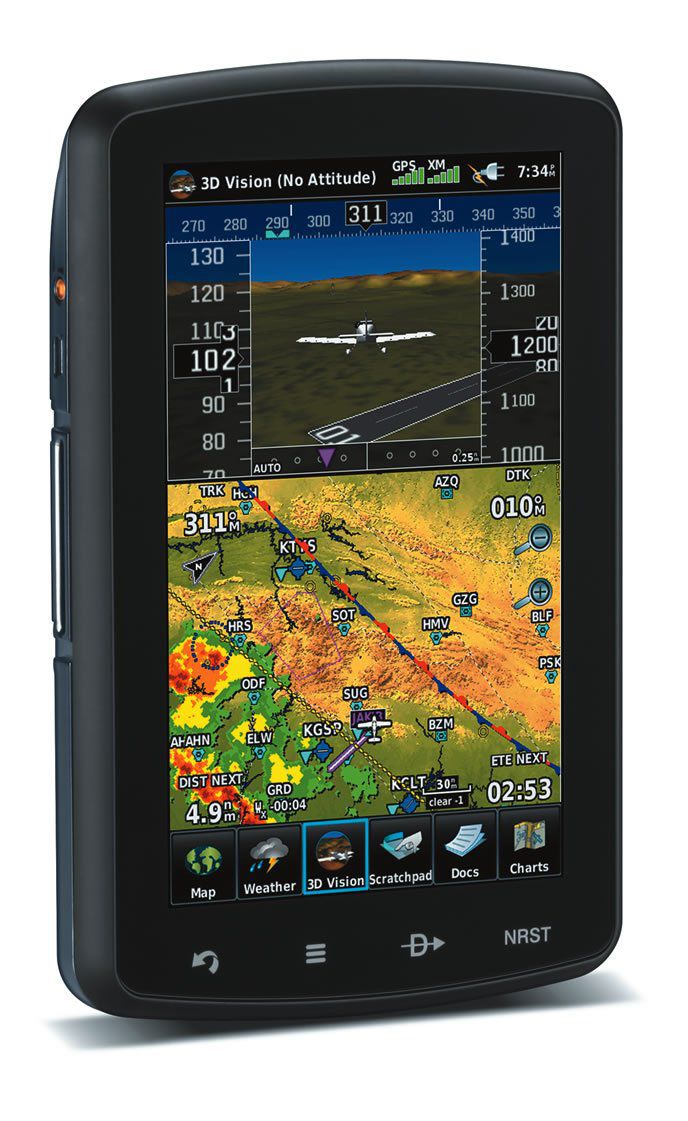 Thanks for the helpful article on the cost of navigation data subscriptions in the September 2015 issue of Aviation Consumer. One point you did not mention was the cost of data for a portable GPS.

For example, Garmin’s pricing for the Americas’ database bundle is $499.99 per year for its aera 796. This is almost as much as data for a panel-mounted unit, and much more than $149.99 for the same data for the Garmin Pilot tablet app.

I could never understand why data updates are so much more expensive for the aera 796 than they are for the Apple and Android tablets.

Garmin said the difference in pricing structure for its portable GPS databases compared to its app has much to do with the royalties it pays to third-party vendors, including Jeppesen and AOPA, to name a couple. There is also a big difference in sales volume comparing its tablet app and portable GPS products.

I’m a longtime subscriber to Aviation Consumer and a fan of what you’ve done with the magazine. I want to share with you a recent maintenance experience with my Continental engine.

At the end of June 2015 the Continental IO-360-ES from our Cirrus was sent to Pacific Continental in Pacoima, California, for overhaul. They do not do crankcase work in house, so they shipped the crankcase to Engine Components International (ECi) in San Antonio, Texas. Pacific Continental was aware that ECi, along with all other businesses associated with Danbury Aerospace, was about to be acquired by Continental Motors, but did not expect this to have any change in operations.

The case was eventually sent to DivCo in Tulsa, Oklahoma, where the work was finally completed. It appears that the consequence of the acquisition of Danbury Aerospace’s assets by Continental Motors is to eliminate competition with Continental’s own in-house maintenance and repair operations. This is bad news for aircraft operators.

Continental’s head of global marketing, Emmanuel Davidson, responds: “While we regret Mr. Freedman’s experience, there are good reasons behind our actions as we bring our new team members in San Antonio, Texas, into the Continental Motors family of businesses.

Continental Motors acquired the assets and intellectual properties of the Danbury family of businesses (commonly known as ECi) in late July of this year. We hired many of the employees that used to work for ECi and Danbury.

These operations include a manufacturing business for gasoline engines (under our traditional Continental Motors’ brand), the business for our diesel products and a full repair station providing airframe, avionics and engine maintenance/overhaul.

The assets of Danbury brought us new opportunities which will continue at the San Antonio, Texas, location, such as PMA Lycoming part manufacturing (cylinders, crankcases, crankshafts and pistons, plus manufacturing the Titan engine line for the experimental/kit market. Others include aspects of the repair station that Danbury used to operate and the Continental line of PMA parts.

We suspect that Mr. Freedman found himself caught in the period during which closing of the sale occurred and our decision to listen to the local team members on how to improve the business. Our decision to make these moves do mean that we have stopped some activities and will restart some or all as the moves are completed. We believe that this acquisition will bring new products to both the Experimental and Continental Motors’ lines and greater investment in existing product segments.

I read with anticipation your update on this year’s AirVenture at Oshkosh in which you said that Garmin announced that it will bow to market pressure and open up its architecture to third-party manufacturers. Nice to see Garmin playing nice in the sandbox and sharing with the other kids.

I decided to upgrade my Cessna 177RG, which has a GNS430W, Aspen PFD and a Garmin GDL88 ADS-B (rather than Aspen’s.) My reasoning was that because Garmin had a proprietary interface, I needed to choose between traffic, radar and text weather on the Garmin GNS430W screen or only traffic and radar on the Aspen.

I’m happy with the prospect of adding Garmin’s ADS-B traffic and weather to my Aspen PFD. Unfortunately when I emailed Aspen to ask when their equipment would interface with the GDL88 they told me my letter was the first they heard of the interface.

Aspen and Garmin said they are working on integrating the GDL88 ADS-B with the Aspen Evolution PFD and plan to have an STC in place by the end of this year, if not sooner.