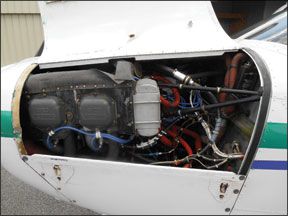 Piper Warrior
Thank you for the in-depth article on the Piper Warrior (August 2013 Aviation Consumer). I’ve owned mine for nearly 20 years and have long felt like it was the Rodney Dangerfield of airplanes. Your article did a great job of publicly destroying that image by bringing out the capabilities and flexibility of the Warrior.

I’ve flown mine all over the country, on and off of all types of airports and runway surfaces—paved, grass and dirt, and while I’m cautious about density altitude and recognize that the bird isn’t going to set any speed records, it’s reliable and I know I’ll get where I’m going.

The ability to easily open up the entire side of the cowling during preflight on my Warrior paid for itself the time I opened it and found a bird’s nest. It was tucked back where I could not have seen it in an Archer or a Skyhawk because those cowlings don’t open easily for preflight. For me, it was just a matter of removing all of the nest, a five-minute job; in another type of airplane, where I hadn’t been able to see it, there would have been a fire. Thank you again for a good article about one of the little guys in aviation.

Avidyne Indemnity
Avidyne is not the only company playing the indemnity game (August issue). A few charter operators and even a fractional program have a boilerplate that shifts the burden of lawsuits by the customer’s guest to the customer to the extent that the loss is not insured or exceeds the limits of insurance.

Such shenanigans are indicative of a company that does not buy adequate insurance. If the guest indemnity is not deleted, my clients take their business elsewhere.

Aircraft Finance
In your article on aircraft finance in the August issue, you mentioned that you had problems with the ethics of the nonprofit AOPA competing with aviation businesses. I share your concern, particularly now that it has gone into business directly against long-established aircraft finance brokers.

I’ve worked with reputable aircraft finance brokers for many years. They are in a technical business that relies a great deal on personal relationships and integrity demonstrated over time. Having AOPA step into the business will not benefit its members or the aircraft finance business.

Because of AOPA’s decision to compete directly with established aviation businesses, I cannot look to it for unbiased advice on aviation matters because it is pushing its own products. That’s simply not right, and it’s why I am not an AOPA member.

Engine Shop Survey
The grievances expressed toward The New Firewall Forward by one of the respondents to the Aviation Consumer’s engine shop survey (July 2013) were not entirely factual, and they were over two years old. Also, there were circumstances that weren’t made public by the survey.

For example, the customer who said he paid $27,000—and was promised a refund—actually only paid $19,692.15, which didn’t include cylinders. His engine received a complete bottom-end overhaul for the price he paid. The customer complained about not getting Superior cylinders. He was quoted new TCM cylinders because TCM is, historically, the only manufacturer of cylinders for the particular Continental 360-series engine on his aircraft.

This customer was accurate in his time frame statements, but some of that time was spent finding parts that he did not include when he sent his engine to us. Further, much of the downtime was the result of us waiting for FAA approval to get his specific engine added to our repair station license. The survey didn’t address the high quality of our engines or the expertise that each of our technicians put into each engine.

The New Firewall Forward is one of the survivors of the recent recession. Many notable and sizable companies in the engine overhaul business did not survive the downturn of the aviation industry. One of the common practices in this type of business was to apply current deposits to past bills. As a result, many businesses got too far behind.

The New Firewall Forward has now adopted a policy of setting aside all deposits and specifically earmarking each dollar for the depositor’s engine. This practice eliminates the possibility of getting behind and assures the customer that his or her engine will be done on time, using their dollars.

Several of the company’s managers have been replaced, and the new ones have a new set of rules to work by. The same salesman who sold the job handles each customer. All of the specific requests that have been agreed to are documented and will be enforced. The net result is the customer gets what he wants, in an agreed-to time frame, guaranteed.

We made a long list of changes in the company’s personnel, responsibilities and internal policies and procedures. We did this to assure The New Firewall Forward customers that their project will be completed on time, with the same—or better—quality that has always been present at Firewall Forward. One gentleman in the survey who complained that he had to come to our shop (due to similar FAA and economic issues) to get his engine, made positive comments on the expertise and dedication of the employees who worked on his plane.