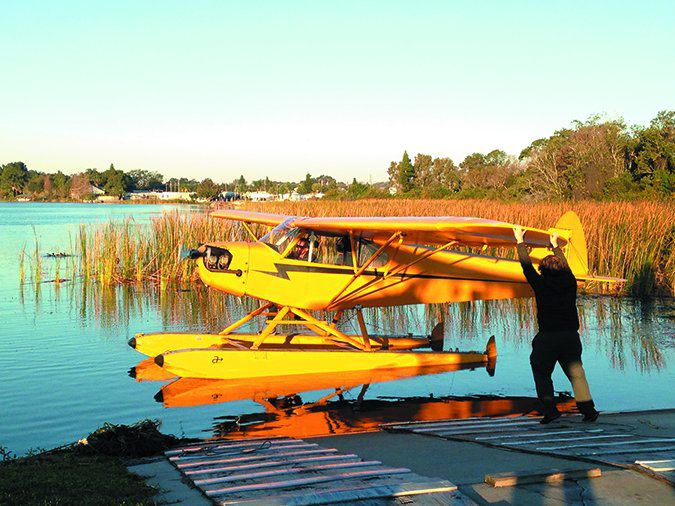 Larry Anglisano’s report on Jack Brown’s Seaplane Base (March 2016 Aviation Consumer) was spot on. I got my SES (single-engine sea) rating there in 2006 and based on the article, it appears that not much has changed since then, except for the price. It was $899 when I took it.

Larry is absolutely right in saying that if you don’t have any experience in a Piper Cub or similar tailwheel airplane, the five hours of dual instruction the school includes in the price is generally not a reality for course completion. Plus, the additional time can increase the price quickly and substantially.

For others taking the course who have time to gain additional experience, one excellent way to have fun and learn about flying the J3 Cub is to go to Preston Aviation Tailwheel School over at the terminal building at Winter Haven Airport, located next to the seaplane base. I believe Tim Preston is one of the best tailwheel instructors you will find. The school uses an award-winning Cub (plus a Stearman) for instruction.

After a few hours with Preston, you should be comfortable enough in the Cub to make the transition to Brown’s Cubs on floats with relative ease, while possibly earning a tailwheel endorsement at the same time.

Kudos to Larry and Aviation Consumer for an excellent report.

I read with interest your coverage of seaplane transition training in your last issue, since I’m planning on earning my rating to transition to the Glastar amphib I’m building.

The deal breaker for me is that Brown’s operation won’t allow you to rent one of its Cubs after you earn the rating. That’s mind-boggling to me, since the owner of the school has apparently found you proficient to exercise the privileges of your SES rating after the checkride.

As the useful follow-up sidebar you included in your article proves, finding seaplanes for solo rental isn’t easy, but they do exist. For non-owners who want to keep working on critical skills that can quickly decay if they don’t keep practicing them, seaplane rental could be the only option. Thanks for your excellent magazine.

When asked why it doesn’t rent its seaplanes for solo flying, Brown’s told us its insurance policy won’t allow it.

I received my March 2016 Aviation Consumer and went right to the article on the BendixKing KSN770, since we had seriously considered it for our Cessna 210 in December 2014.

I was surprised how gently Aviation Consumer treated a product that has been promised for years, has been offered for sale since 2014, yet has so many major shortcomings. As a lifelong King equipment user (with an all-King panel) I hoped to be purchasing the long-awaited KSN770. That didn’t happen.

In the end, I’m now a Garmin customer, having installed the GTN750 navigator. The KSN770, at about $20,000 installed, is intended for aircraft making cross-country flights. Yet it does not have integrated weather capability. This is a major capability shortcoming that was not mentioned in the sales literature, and it came out when we specifically asked the BendixKing representative. ADS-B In capability is a big deal. We love it on our GTN750.

BendixKing’s Roger Dykeman told Aviation Consumer the company plans to complete the ADS-B In interface at some point, but couldn’t say when that would be. That doesn’t sound like a commitment to the product. It’s worth noting that BendixKing’s trade-in allowances are capped.

We said in the headline that the KSN770 doesn’t have ADS-B weather or wireless capability, which for some is a tradeoff for the thousands of dollars in cost savings over Garmin and Avidyne navigators.

The KSN770 does have integrated weather capability through an optional XM Weather receiver, ship’s weather radar and Stormscope spherics receiver, although we completely agree that lack of ADS-B can be a deal breaker for many.

As for BendixKing’s commitment to the product, we’re told the KSN770 is currently in the TSO process to gain ADS-B In capability. According to BendixKing, Garmin’s GTN navigators earned the TSO before a separate TSO was required for ADS-B data display.

I wish you guys would write another report on servicing old avionics. It seems there are many in service that need repair. I have a Narco MK12D in my Comanche that I use for backup, but I can’t find a shop that has a display assembly. Any ideas?

We’ll put a report on our coverage list. As for your MK12D, your only option may be to find a used unit for parts.