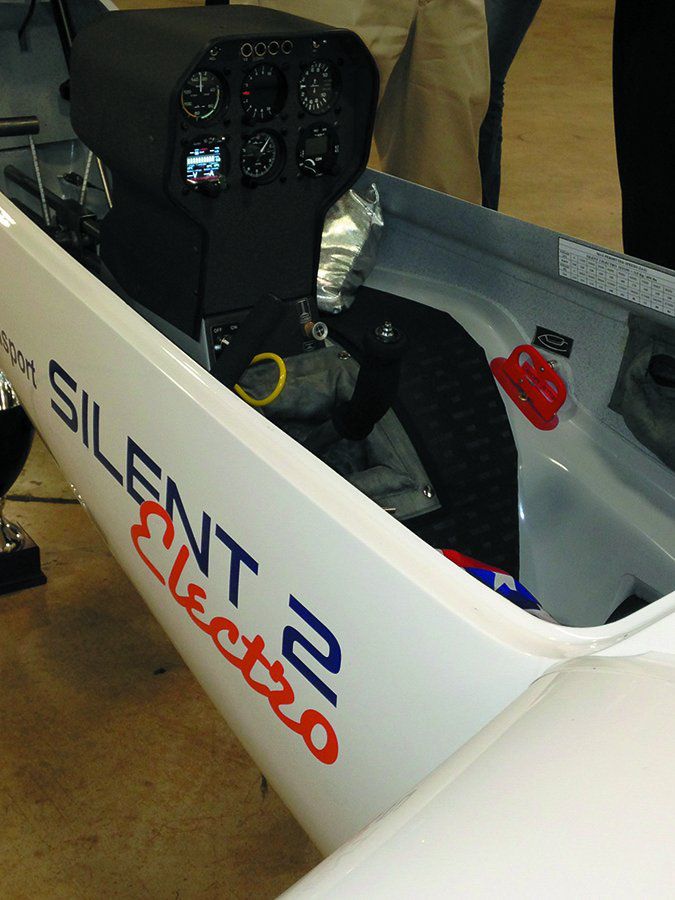 Larry Anglisano’s commentary on electric motorgliders (April 2016, Aviation Consumer) delivers a message that electric motor power is just as unattractive for gliders as it is for traditional powered airplanes. Allow me to give the other side of that coin.

The folks quoted in the commentary are accomplished touring motorglider pilots. Touring motorgliders (for sport soaring and transportation) do an admirable job for long cross-country flying missions—both in powered mode and in soaring flight—when conditions allow. Very significant here is that these aircraft use conventional small aircraft engines (often Rotax), which are proven reliable.

But auxillary-powered sailplanes have engines that are very low-volume production, have an extremely small form factor and many sub-optimal aspects when compared with a Rotax. They’re also configured for climbing and not cruising—serving to replace the tow plane—allowing the pilot to return home when losing lift forces far out on course. These sailplanes are not cruisers.

This segment is absolutely prime for electric power, which is attractive for several reasons. It eliminates the terrible reliability factor and is independent of density altitude. The mission only requires a 10- to 15-minute initial burn to climb to 3000 feet and begin the soaring day. If battery capacity is one hour, this is easily adequate to serve the mission needs for a backup to get home. If far out on course and low in altitude, the regime is to climb under power for another 10 minutes and then glide for around 30 miles (50:1 glide ratio), and then another 10-minute climb (if necessary) to get home.

Frankly, self-launch motorgliders are the ideal first target for electric power. I have 16 years of experience with my two-cycle internal combustion engine—and a ton of war stories related to maintenance and reliability. If I was buying a sailplane right now I would most certainly consider electric power. A few electric gliders have been available on the market for a few years, but they haven’t sold well. I think this is because of the steep evolution of this technology. As a result, pilots are wary of buying a glider that might be obsolete in a short time. My sense is that we are on the cusp of an inflexion point, and all of small aviation should consider targeting this rather small, but attractive niche for electric power. I urge you to avoid discouraging this natural target as a stepping stone for the coming electric revolution.

Valid points, Jim. Anglisano should have clarified the two missions (touring and aux-powered sailplanes) in the commentary. While we’re making clarifications, the Silent2 electric sailplane has a motor rated at 22.0 kW—not 220 kW as stated. If it were, that would be the equivalent to 293 HP and we would be sold on electrics for long-distance touring.

I’d like to remind Aviation Consumer readers that complete interoperability with hardware and navigation apps is not yet the norm.

I bought a new Samsung Galaxy tablet to replace my aging iPad and learned that not only is WingX several years behind for Android (compared to IOS), but it will not play with my SkyRadar ADS-B receiver. When I asked SkyRadar, they said that older SkyRadars use an ad hoc Wi-Fi mode that Android tablets don’t support.

Hilton Software’s Hilton Goldstein responds: “Android devices and the Android operating system introduce some inconsistencies between releases and hardware devices. One of our challenges is to try ensure compatibility with as many (if not all) applicable Android devices. Our WingX Pro7 for Android release added a lot of functionality, including a powerful moving map. I can tell you that while WingX Pro7 for iOS is more mature (WingX Pro7 for iOS was in fact the first major EFB app to introduce ADS-B weather and traffic), we are working on adding ADS-B in the future to WingX Pro7 for Android.”

You might want to update your ADS-B buyer’s guide. NavWorx has been offering the ADS600-B as a fully certified and mandate-compliant ADS-B In/Out solution for $1999. By the time you add all of the options you need, it comes to $2772—perhaps one of the cheapest solutions on the market.

Since we published that buyer’s guide (April 2016,Aviation Consumer), NavWorx and Garmin announced a deal that enables WAAS-equipped Garmin GNS430W/530W and GTN750/650 navigators to be used for WAAS position input for the NavWorx ADS600-B receiver.

It should be a relatively simple task, since the GPS is connected to the receiver with a common RS232 datastream.