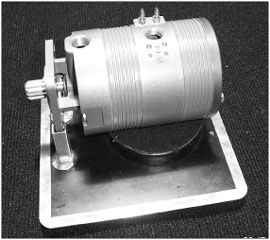 Ah, it seemed like such a good idea. Perhaps too good to last. Were referring to the clever notion that a company called Aero Advantage came up with to combine two vacuum pumps in a single unit, thus providing plenty of suction for instruments and a ready back-up should one fail.

But what has failed is the company itself, which abruptly announced in May that a spate of unexpected disintegrations of pumps on certain Lycoming engines left the company with no choice but to abandon the project and close down the operation.

As of late May, the companys Granbury, Texas office was vacant, the phones were disconnected and e-mail wasnt being answered.

Its unclear how many of the dual pumps Aero Advantage sold but we are among the companys customers, having installed one earlier this year on our Mooney for long-term editorial test. As is our policy with regard to products we retain for testing, we paid for that pump so were among perhaps hundreds of customers left in the lurch by the companys sudden demise.

What Happened?
As we reported in the December, 2003 issue of The Aviation Consumer, Aero Advantages dual-chamber pump looked like a winner to us, although it had some shortcomings, too. The pump consists of two conventional carbon vane pumps mounted in tandem, resulting in a pump noticeably longer than the typical Rapco or Sigma-Tek model.

Further, although the pump has a single shaft, testing revealed that the shaft would continue to operate the good chamber for 25 to 50 hours if one chambers vanes failed. Obviously, this made the dual-chamber design a good back-up for limp-home in the event of a pump failure and in back-up mode, it delivers full vacuum, not the partial vacuum of a engine-manifold type system.

So whats the problem? Details are sketchy but a statement on the Aero Advantage Web site in early May explained that a number of unexplained failures-just how many isnt known-had occurred in dual pumps installed on some Lycoming 300-HP O-540 series engines. Heres what the site said: Customer experience has uncovered a type of pump failure never experienced in years of field and laboratory testing of the dual-rotor vacuum pump design, including the deliberate destruction of over 300 test pumps. These failures resulted in malfunctioning of both pumping chambers simultaneously. The failures are concentrated on the 300 horsepower Lycoming IO-540 engines.

We believe that these engines generate a resonant frequency resulting in breakage of both graphite rotors. Multiple replacement pumps have failed on three different engines. At this point, we cant be certain about similar failures occurring on other engines. A failure rate of 3 percent, while seemingly small, is not acceptable for our product. Although the dual rotor pumps are performing well in the other 97 percent of installations, shipping of dual rotor pumps has been halted. The tens of thousands of dollars of orders on hand will not be filled. Aero Advantage refuses to continue marketing a product that might not perform satisfactorily for all its customers.

The site further explained that Aero Advantage lacked the resources to engineer improvements and was closing its doors.

No information on support of pumps in the field was provided so, for the moment, customers are on their own. Our attempts to contact the companys principle, David Boldenow, were unsuccessful. E-mails werent returned and the phone was disconnected.

White Knight
In his Web statement, Boldenow said several parties had expressed an interest in picking up the Aero Advantage dual-pump design but there were no specifics. As we go press with this issue, a new statement on the Web site said the principals of Aero Advantage have entered into negotiations with a party on May 10, 2004 who is interested in investing, and undertaking the task of pump modifications and resuming production.

Who that party is remains a mystery, however. We were told by one source in the pump industry that Sky-Tec, well-known for its lightweight starters, would be picking up the line. When we checked with Sky-Tecs Les Staples, we were informed that the company was indeed an investor in the dual-pump project-both Sky-Tec and Aero Advantage are in Granbury, Texas-but that it wouldnt be the company taking over. Staples told us he was certain the investors being courted would pick up the project and resume production, probably this year.

Whoever the investors are, we dont think they are among the major players in the dry vacuum pump industry. We checked with Rapco, the leading maker of new and overhauled pumps, Sigma-Tek and Aero Accessories, which makes the Tempest line of pumps. If any of these companies are interested in the dual-chamber idea, they arent saying as much.

All three told us they think the designs technical limitations are daunting and perhaps not correctable, although Sigma-Teks Jim Hearn told us a 3 percent failure rate wouldnt scare us off.

As far as we know, premature failures are confined to the Lycoming O-540 engine, a powerplant with notorious vibration and torsional issues that can be hard on accessories.

Although we were given no details, we can well imagine how resonant vibration at the end of the dual-chamber pumps longer shaft could destroy the relatively delicate carbon vanes and rotors. Sky-Tecs Staples believes this technical challenge can be overcome.

What to Do
While we await the investors who will presumably resuscitate Aero Advantage, a service difficulty report on the pumps has been filed with the FAA. We can only hope that this doesnt morph into an AD requiring removal of the pumps. If what Aero Advantage says on its Web site is accurate, the pumps should continue to provide reliable service on engines other than the specific Lycoming O-540s mentioned.

Owners who have already bought these pumps have two choices. Await further developments from Aero Advantage or accept defeat, yank the pumps and try something else. We plan to pursue the former option, having invested some $1000 in this system.

As for the future, we are reluctant to recommend this product until it has been redesigned and picked up by a company that wont fold at the first hint of difficulty. In our view, customers who spend more than $1000 for a product are owed standing support, acceptable warranties and forthcoming explanations when things dont go as planned.

Until the dual pump idea is picked up-if it is picked up-and the company that takes it over demonstrates better staying power than Aero Advantage has, we think a wait-and-see approach is the way to go for at least a year or two.

As we reported in November, 2003 issue of The Aviation Consumer and again in the January, 2004 issue, there are other more established instrument back-up strategies to pick from.