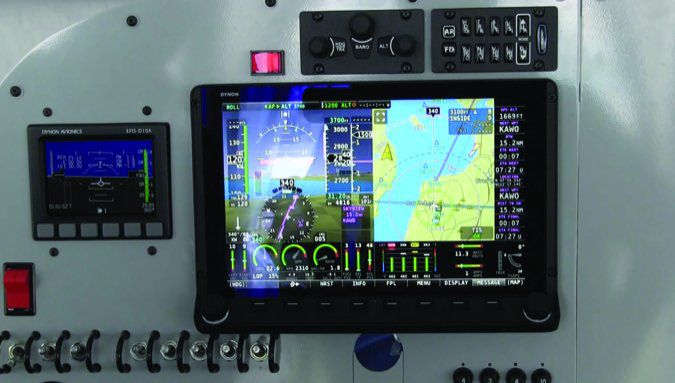 With all the new avionics we reported on over the past year, readers have asked for my market predictions for the new year. Before looking into the crystal ball for 2018, it’s worth a look at last year’s performance of the avionics sector for clues. I’m cautiously optimistic looking ahead because buyers bought lots of avionics in 2017—$1.73 billion worth during the first nine months. This is according to the Aircraft Electronics Association (AEA), which has tracked sales numbers for the business and general aviation avionics market since 2013 through an independent third-party research firm.

The numbers prove that shops really are as busy as many of them report because 57.7 percent of the sales came from the retrofit market, while forward-fit sales (equipment installed by aircraft manufacturers) was 42.3 percent. This is a 4.1-percent increase compared to the first nine months of 2016. These numbers aren’t based on the list price of equipment, but instead on net sales, and represent certified and non-certified panel-mounted avionics, portable avionics, billable equipment upgrades and also batteries, which seems an odd accessory to include in the tally. To me, batteries are gotta-have items, want them or not. And, the numbers don’t include what consumers spent on repairs/overhauls, navigation data subscriptions and extended warranty plans. If you pay for nav data, you know it’s real money. It’s so substantial that I think data subscriptions alone would boost the overall $1.73 billion figure considerably. According to the companies that separated total sales figures between North America and other international markets, 73.5 percent of sales during the first nine months of 2017 were U.S. and Canada.

The uptick in sales isn’t surprising to me because the majority of avionics shops I’ve spoken to over the past year enthusiastically report a scheduling backlog for major work. But many attest to struggling through some lean years, and some shops that were mismanaged didn’t survive. Still, with all the talk of a shrinking overall market, why the boom in avionics? For one, there is a lot to buy, including low-cost glass (that’s Dynon’s STC’d Skyview for Skyhawks in the main photo), well-equipped autopilots for under ten grand and way too many choices of ADS-B gear. The 2020 ADS-B mandate is at the two-year mark, but I know plenty of owners who still haven’t upgraded.

I asked Jessica Koss at Garmin for her take and she believes ADS-B upgrades are driving the sales boom because buyers are adding on other equipment during the install for convenience. The low-cost G5 EFIS is one popular add-on, Koss said. Over at Avidyne, CEO Dan Schwinn had similar thoughts, crediting ADS-B compliance for sparking other upgrades while the aircraft is down. Avidyne reports strong demand for its new IFD550 navigator. We’ll have a report coming up. Jessica Power at Power Aviation Strategies, a new marketing firm specializing in avionics shop branding, predicts a strengthening of the shop network.

But forget about products and more good places to have the work done. This latest boom is a trend I’ve witnessed before and I think it reflects a strong stock market. Disposable money, perhaps. As I write this, the Dow Jones sits at 23,557. On this day in November 2012, it ended at 13,104. From experience, I know a strong market drives avionics and other upgrades. In the past, when stock portfolios were healthy, buyers wrote big checks for avionics and other improvements. What comes to mind is the era when Garmin’s GNS530/430 radios were flying off the shelves faster than shops could reorder. At the time, I marveled that owners of aging entry-level piston singles were writing $50,000 checks for the latest and greatest avionics gear simply because they could, even if it meant the airplane would be upside down in value. That bubble eventually burst and a lot of those owners lost big when used aircraft demand tanked. That might happen again, but with luck, lower-priced avionics will lessen the sting.