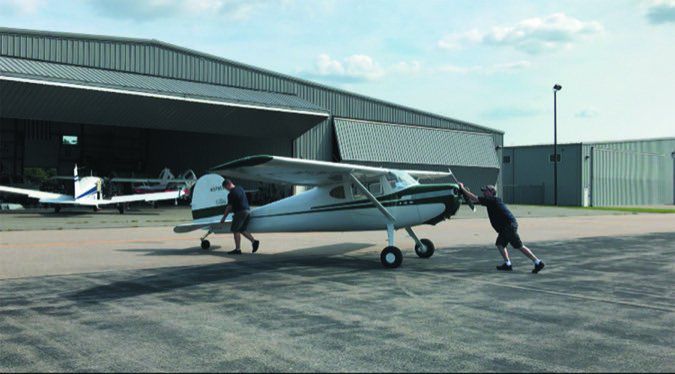 That’s a good analogy for the looming last-minute ADS-B equipage rush, less the satisfaction of a fresh espresso. Ric Peri, my go-to at the Aircraft Electronics Association for anything related to the ADS-B equipage mandate, reminded me that the last-minute long lines will be because buyers haven’t been motivated to spend money on gear that might not add functionality to the aircraft. Expecting otherwise is unrealistic. Peri’s finger has been on the ADS-B mandate pulse since day one and without exact numbers, he estimates that roughly half of the fleet is mandate compliant. If I read his body language, Peri doesn’t see a real solution for the growing install backlog as a result, even handing over some installations to A&P mechanics.

While the concept is nothing new, that’s what uAvionix is doing with its Qualified Installer Mobile Installation Network, inviting repair shops and mechanics with IA (Inspection Authorization) credentials to sign up for prioritized support, product training and discount pricing on the product. It’s similar to what Dynon is doing by adding an IA to the STC for its Certified-series Skyview integrated avionics. On the surface, it’s a logical approach to spreading the install demand. Like most major mods, ADS-B installations can be signed off by either A&P mechanics who hold a valid IA or certificated Part 145 FAA Repair Stations, which most avionics shops are.

As we’ve been reporting, not all, but many, of the uAvionix Beacon-series ADS-B installs can be accomplished in around one hour, although strobe installs will take longer. At a $110 per-hour labor rate, that’s easy math to swallow, although shops are flat-rating some installs, based on the wiring and wingtip design. For basic interfaces, the retrofit might be one of the easiest tasks on an IA’s to-do list. It might take longer to prepare the return-to-service paperwork.

uAvionix company President Christian Ramsey called it straight, saying uAvionix “recognizes the potential for supplemental capacity and income.” Simple-it sells more units, A&Ps get more work. The skyBeacon, which recently earned an FAA TSO, is priced at $1849 and is shipping from a backlogged inventory. In addition to rule-compliant ADS-B Out, the product has an LED strobe and LED navigation light. The ad propaganda says mounting the device is done in under 10 minutes, for wingtips that accommodate a drop-in-place install. After eyeballing the install data, it really is simple stuff.

For others, like a wide variety of single-engine Cessnas, uAvionix sells optional wingtip adapters. For a Skylane, it’s priced at $100. Thinking ahead, uAvionix included the optional fairing in the skyBeacon’s STC manual to avoid additional approvals. uAvionix said it will publish a directory of associated installers on its webpage.

Someone recently asked if I thought the concept of manufacturers opening up avionics installations to A&P mechanics is the new trend, but I don’t think it is for the majority of existing modern interfaces. Not unless manufacturers are willing to offer training and priority support, just as uAvionix is promising with its proposed non-avionics-shop install network. Still, if you’re contemplating having a mandate-compliant ADS-B system installed by an A&P, caveat emptor. The installation will still need to be tested and if it’s a 1090ES transponder, it will require an FAR 91.413 ATC transponder test and inspection. Don’t be surprised if the installer sends you to an avionics shop to have that accomplished because the majority of A&P/IA mechanics don’t have the necessary test equipment to do the check.

Last, AEA’s Ric Peri made a good point that without some training, not all A&Ps will be qualified to do an ADS-B install. Buyers should select them carefully.