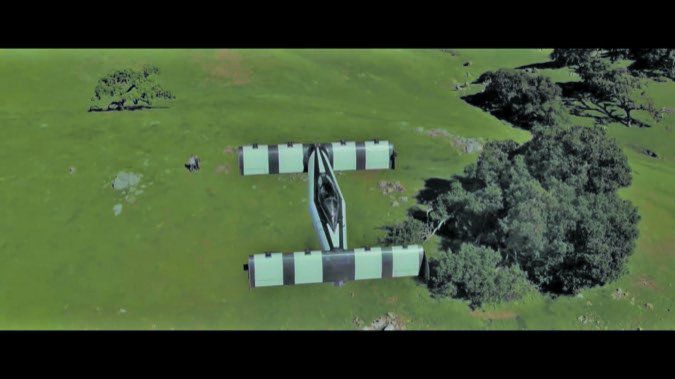 Working from our news trailer in the media ghetto at this year’s AirVenture in Oshkosh we waited—patiently—for the big product announcement that might define the show for 2018. But it just didn’t come. The weather was good, attendance was good and we were generally underwhelmed by what we saw while browsing the hangar exhibits, listening to the media briefings and walking the grounds.

Still, there were enough new product announcements worth logging in our annual AirVenture diary. Herewith is a summary, starting with everyone’s favorite—avionics.

Garmin usually comes to the show with a gadget or two and this year it brought its latest-gen aviator watch—the D2 Delta. The Delta is actually a series of watches to include the $1249 D2 Delta PX, which has a wrist-based pulse oximeter; the $899 D2 Delta S (with a lighter and smaller profile for petite wrists); and the $949 D2 Delta, which has a silver titanium bezel and a brown leather strap.

All of the watches connect to the Garmin Pilot app, the GTN750/650 panel navigator and the latest G1000 NXi for flight plan transfer when equipped with the Flight Stream 510 wireless cockpit hub. The watches have integral music storage for 500 songs, which can be wirelessly streamed to Bluetooth headsets and audio panels. There’s also Garmin Pay, a built-in wireless payment system.

Forget using the Delta PX to replace a medical-grade pulse oximeter. Garmin made it clear that the PX model, with its wrist sensor pulse oximeter function and 18 hours of battery life, isn’t a substitute for traditional pulse oximeter medical instruments, but can be used for trend monitoring and general awareness.

More significant is that Garmin’s G5 electronic flight display can be installed as a legal STC’d backup to the G500/G500 TXi flight displays. Believe it or not, previously this interface required an FAA field approval because the G500-series primary displays didn’t include the G5 in the STC. The technical interface is expanded, too, and for the better. Any adjustments made to heading bugs, altitude select, airspeed bugs and baro settings are automatically synced from the G500 TXi or G500 displays to the G5. Flight director and autopilot mode annunciations from the GFC 500 can also be viewed across all displays, including on the G5. No, the G5 isn’t approved for backup in Cirrus models. That means if you have a second-gen Avidyne Entegra or even G1000 Cirrus (or any other G1000 airplane) the G5 is off limits.

For its first time at AirVenture, German company TQ-Avionics brought what could be the lightest certified VHF comm radio on the market, the KRT2-S. It’s packaged in a 2.25-inch round chassis and has a color TFT display. The company also has the KTX2-S transponder, which is packed in a similarly tiny chassis.

TQ has roots planted deeply in commercial aviation, providing some avionics for Airbus and other airline equipment. The company was also showing a glass flight display for the experimental market. Moving forward, we think TQ-Avionics is the company to watch. It’s made tremendous progress in the past couple of years with avionics that are appropriately packaged and competitively priced for the GA market.

ForeFlight introduced an ADS-B receiver of its own called the Sentry. The $499 device was designed and built in a partnership with uAvionix and in addition to ADS-B weather and traffic, provides backup attitude for the ForeFlight app, a rechargeable 12-hour battery and—a first for portable ADS-B receivers—a carbon monoxide monitor and alarm. The device also has a high-capacity data card that supports a weather replay feature, which provides automatic storage for up to 30 minutes of FIS-B weather and data.

Appareo Systems brought its latest-gen ADS-B receiver to the show—the Stratus 3. The big news with it is its compatibility with more third-part tablet apps, including the Seattle Avionics FlyQ program using the industry-standard GDL90 protocol, although it still works with ForeFlight. It has smart Wi-Fi circuitry that now allows you to use 3G/4G LTE internet on the iPad while it’s connected to the Stratus. It also has automatic shutoff. The Stratus 3 is $699 and has the same footprint as the previous Stratus 2, so you can use the existing mounting hardware.

BendixKing had a strong showing. It was displaying the AeroVue Touch retrofit flight display and the company said certification is expected before the end of this year. It also showed the experimental XVue Touch, which has been shipping and is installed in a variety of aircraft.

The other news from the company is the AeroVue integrated flight deck for existing B200 King Airs. After years of being snagged in the certification process, it now has STC approval for installation.

The AeroVue, which trickles down from the Honeywell Apex avionics suite used in the Pilatus PC-12NG, plus has technology from the company’s business aviation applications, has three color displays (two PFDs and one MFD), including engine display and a pedestal-mounted flight management controller with CCD (cursor control device); it doesn’t have a touchscreen interface.

The system is equipped with mandate-compliant ADS-B Out, weather radar, SXM satellite weather, TAWS-B terrain alerting, active traffic alerting, plus it has the company’s AeroWave inflight cabin connectivity. We flew with the system at AirVenture in the company King Air and are preparing a full report for an upcoming issue of Aviation Consumer.

LSAs are now limited to 1320 pounds for land-based aircraft and 1430 pounds for float and flying boat designs. But the limits have been a longstanding gripe among manufacturers because they restrict the design limitations of aircraft by sacrificing durability and safety features at the expense of useful load. Many LSAs have only enough useful load for two full-sized adults and partial fuel and manufacturers have been asking for more flexibility to build more useful aircraft. Also, the weight limits exclude many legacy two-place aircraft by a few hundred pounds and owners and type groups have been lobbying to have dozens of designs included in the classification. In a news conference at AirVenture, EAA Chairman Jack Pelton said changes to LSA weight limits are about halfway through the four-year rulemaking process and are aimed at fixing what many consider the most serious problem with the aircraft classification.

“They’re addressing the weight limits of LSA,” Pelton said, adding that weight won’t be the sole criteria in establishing eligibility. He said it will be more focused on establishing the class of aircraft that should be allowed to fly under the simpler licensing and certification standards of LSA. Pelton said the new performance-based regulatory attitude of the FAA is behind its sudden flexibility on the LSA regs and he’s been assured the changes are moving through the process.

Textron Aviation proved that the Cessna Denali single-engine turboprop is getting closer to flight testing, displaying a full-scale mockup of the entire passenger cabin and cockpit. The mockup, which had a fully assembled executive interior with aft seats removed to accommodate a motorcycle, also had Garmin’s G3000 integrated avionics.

The Denali will be powered by the 1240 shaft horsepower full FADEC-controlled Catalyst engine, which was developed by GE Aviation. It will have a digitally optimized single-lever engine/propeller control and be mated with a 105-inch diameter McCauley five-blade constant-speed composite propeller, which has reversible pitch and ice protection. The GE engine will have a 4000-hour TBO and the aircraft will have a 1600 NM high-speed cruise range when loaded with one pilot and four passengers.

Textron said the Denali is projected to have cruise speeds in the 285-knot range and full-fuel payload of 1100 pounds. The Denali will have a digital pressurization system that maintains a 6130-foot cabin altitude at 31,000 feet.

Textron told us that flight testing is slated for 2019, followed by production in 2020.

On the opposite end of the spectrum was the Opener Inc. BlackFly VTOL ultralight. The carbon-fiber BlackFly is equipped with eight electric motors. Each motor weighs four pounds and generates 130 pounds of thrust. Opener reps say the company has been testing motor-rotor sets for more than three and half years, covering a distance equivalent to 20 circumnavigations of the globe. There are two batteries per each engine-rotor pod.

The BlackFly is restricted to 62 MPH in the United States. The BlackFly’s unique canted wings fore and aft provide lift in level flight, easing the burden on the lift rotors. With a 25 percent reserve, it can fly for about 25 miles before a recharge. With a regular 110-volt outlet, it can charge in seven hours, and in only one hour using a 220-volt outlet. While version three has not yet flown, version two has made more than 500 takeoffs and landings, often with worst-case-scenario engine failures programmed into the test card. Like a modern drone, the BlackFly has a “go to home” feature, auto-land and a ballistic parachute.

The company couldn’t tell us how much the BlackFly will cost when it’s available for purchase in 2019. Opener’s sales director Alan Eustace (he served as senior VP of knowledge at Google, and has held the world record for highest-altitude free-fall jump since Oct. 24, 2014) told us it will be priced “competitive with the price of an SUV.” We’ll be watching and reporting on the BlackFly project.