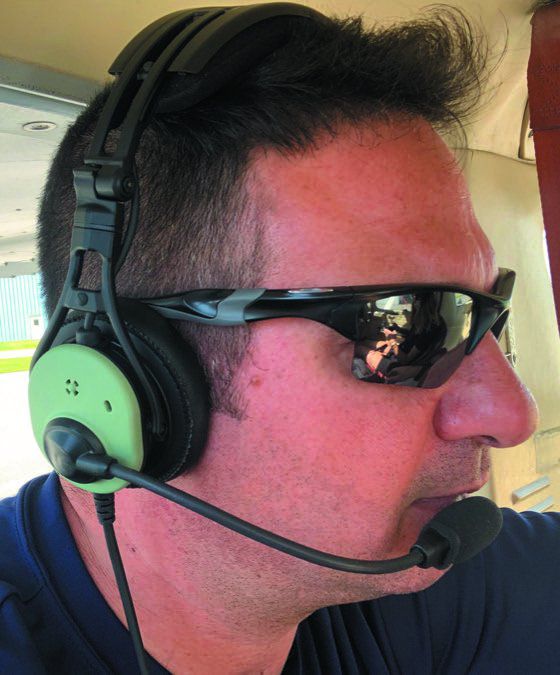 I remember the drill like it was yesterday. Self-announce the 45-degree entry to downwind by shouting into the Telex hand mic, stow the Telex mic between the knees, power back, carb heat on and work in some flaps as the cabin speaker in the old Cessna 150 screeched with garbled combined radio calls from every Unicom within a 100-mile range. Those were the bad old days of flying without headsets, of course. Then I stepped up a layer in the food chain and blew my college partying wad on a David Clark headset and never looked back. I think my first model was the company’s H10-30-you know, the set with the signature green domes, shiny mic boom and clamping pressure higher than a college-age teenager on a Friday night.

Chances are you’ve flown with a David Clark headset at least once, and you might even own a set or two or three. As my short attention span flashed back to 1986, or so, it seemed fitting to try David Clark’s latest Pro-X2 model for the field report we ran in the October 2019 Aviation Consumer. When the article (and the video chaser) hit, some wrote in saying they were happy the company was still selling headsets because like me, David Clark was the first headset they bought-and the set still works.

When the Pro-X2 came off the Aviation Consumer test bench, I brought them in none other than a rented Cessna 150-the way some buyers might use them today as I did all those years ago. I could have easily grabbed the set and jumped in a Cirrus or Pilatus to try them out, but that’s giving the supra-aural headset (which sits on top of the ear instead of totally enclosing it like a circumaural set) a free pass. Nope. The way to evaluate these things is in a stark, well-worn trainer with inch-wide gaps in the door seals, plugged into a battery-powered portable intercom and keying up a Cessna RT328 navcomm via a coil-corded push-to-talk switch. Watch the video and you’ll see what they’re made of and some first impressions. Kudos to Clark for getting the second-gen version of these things right, if you can accept some compromise in noise-canceling performance for serious comfort.

But the real story here is David Clark’s near 40-year survival in a competitive aviation headset market long dominated by Bose, and Lightspeed, too. There are plenty of other good sets worth considering, of course, but I’m not sure any of them deserve the tip of the editorial hat quite like Clark does. Without argument, the David Clark brand loyalty was well earned and I’m afraid that the loyal grey-bearded David Clark customer base is thinning out with the pilot population. And it was David Clark that impressed that dying demographic with exceptional customer service and a product that took a serious beating. I proved it by not being gentle.

My old Clarks followed me from that old Cessna 150 into a step-up Mooney, they survived aerobatics 101 in a Mudry Cap 10B, they looked good on my youthful head as I got a taste of the corporate world in a Cessna Crusader and the set even survived a hard smack against a Cherokee’s hat rack when they departed my wife Ericka’s head in vicious turbulence one frigid morning cruising through the New York TCA. Impressed my bride was not.

I remember doing what a lot of pilots flying in the Northeast did when they needed their David Clark headset fixed: Fly into Worcester Regional airport in Massachusetts and borrow a crew car to make tracks to where Clark still lives today on Franklin Street in Worcester. I did that twice, I think. Once for a new set of dome pads and another for a microphone swap. Both were no-charge repairs, presumably a way for David Clark to spread the good word across a small industry. It’s a similar story I hear to this day from other owners. Just like bad service, favorable experiences are lasting.

But David Clark knows darned well the demographics are changed for good, even though its products might be the top sellers in the budget headset market. Mark Estabrook, David Clark’s VP of business development and an aircraft owner, recognizes young pilots as core customers and ones who are likely to shop the mid-priced headset market for their first one.

“The word that really hasn’t gotten out to the younger pilot demographic is that it’s more about hearing protection than comfort,” Estabrook told me. He’s done extensive research on hearing loss and reiterates that even turbine cockpits require good protection. Just because there isn’t the brain-rattling noise and vibration from piston engines doesn’t mean these cockpits are quiet. The same can be said for gliders. Worth mentioning is that the Pro-X2 was actually targeted to the airline crowd, a market that’s partly long served by headset manufacturer Telex with the Airman series.

One current model from Telex is the Airman 8. It’s priced at around $430. Like the Pro-X2, it has ANR circuitry, an FAA TSO (a requirement for airline ops) and is a supra-aural design. But David Clark doesn’t see the set even remotely being a competing headset. I’ve ordered one to see how it performs and will put together a field report. I have an age-old Telex Airman 750 in the bottom of my flight bag and it’s stood the test of time, but offers little if any noise protection.

I asked John Zimmerman at Sporty’s for his take on where Clark fits in today’s competitive market. Zimmerman said the David Clark classic H10-13S is still a Sporty’s best seller for being rugged, reliable and an overall good value. “A lot of loyal David Clark customers step into the circumaural model ONE-X and pass along the older set for passengers,” Zimmerman told me. He also said that while David Clark sets are popular purchases for flight schools, so is the Bose A20. A relatively new player in the aviation headset market is Faro, which offers a variety of designs at various price points. There’s also Sigtronics, ASA and some others that we’ll cover in a future budget headset roundup. Some have noise-canceling circuitry and some are passive. And then there are in-ear models, including the Clarity Aloft that we covered in this issue of Aviation Consumer.

I’ll call it straight-I’m a happy Bose A20 owner. Nope, not parting with them. Indeed they are flagship priced. The A20 with Bluetooth wireless as standard is $1095. Still, in my estimation David Clark might be overshadowed in the current market but it’s clear that the company is sticking to its roots by catering to the utilitarian buyer with affordable and well-made models, and with healthy customer service tacked on. For the upscale buyer on a budget, modern sets like the surpra-aural Pro-X2 and quieter ONE-X easily fill the gaps in the mid-priced ANR market. While plenty of other headset makers have failed, what a success story David Clark is.