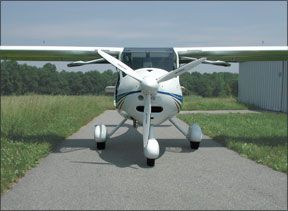 The Middle Manager and the LSA

Sometimes it seems like success in this industry is about finding the niche market within the niche market. Or perhaps its about creating niche markets where they didnt even exist. Heres one Im coming to believe exists, but I dont see anyone aggressively hunting: The LSA for serious transportation.

The idea practically runs afoul of the whole point of light sport, which is primarily recreational flying, but this idea makes sense down in the trenches. Im seeing it with my local flight club that owns a 30-year-old Cessna 172 thats in need of some significant refurbishment. Putting a pencil to the numbers, we realized we could dump a bunch of bucks in the Cessna, buy a late-model steam-gauge Cessna to replace it, or buy a new LSA. We looked hard at what the plane was used for and found it rarely had more than two people aboard and was used for training, local breakfast flights, and short-haul visits for family or business.

That third category turned out to be a primary factor on what kind of an LSA could replace the Cessna. The LSA would have to be both light-IFR capable and have a flexible baggage space. (An instrument-rated pilot can fly an LSA IFR if it meets the IFR standards and such operations are approved by the manufacturer. The standards for LSAs in IFR are just being finalized.)

Those two requirements nixed a surprising number of LSAs. In fact, those requirements plus a few other minor issues have the contenders down to about two: the Flight Design CT-LS and the Tecnam Eaglet.

Thats too bad because this kind of aircraft just makes sense. Burning 4.5 gallons per hour at getting 105 knots is over 23 miles per gallon. Such mileage would earn third place on our economy fly-off on page 24. That could be gallons of auto gas with the Rotax engine, too. It could have a ballistic recovery parachute, datalink weather and great short-field capability in the mix. Frankly, Id feel more comfortable in the clouds in a new LSA than in our Cessna given its aging electronics and other systems. Most of our pilots arent proficient enough to regularly fly an ILS to minimums anyway, so were talking light IFR here. The speed is about the same as the Cessna, so trips of 300 miles are practical. Longer trips would require patience, but the payoff is worth it for the cost savings.

Bill Herp of Linear Air told us that they are seeing former Lear and Citation charter business going in the Eclipse, even when the Eclipse trip costs an extra hour or more due to a fuel stop. Executives are taking the hit on time and comfort because the final bill is nearly 40 percent less. Similar logic will find its way to the single-engine piston part of the ramp. Id argue it has already.

Weve said before in these pages that an aircraft targeting the efficiency-travel market is needed and should appear in a few years. Im thinking its already here in the form of some LSAs. It wouldnt be the only efficiency-travel contender (Were watching Tecnams Rotax-powered twin with interest and wondering what engine will fill the void left by Theilert.), but its one thats available right now.

Its just going to take someone realizing theyre sitting on a nice little niche.

What a Garmin Can Do

In our May 2008 issue, we looked Anywhere Maps latest offering and compared it to the Garmin GPSMAP 496. We ended up shortchanging the capabilities of the Garmin a bit. For the record, the 496 can connect to the Zaon traffic system with the correct cable and is compatible with the Zaon XRX. It also can show vectors to final for an approach, although it doesnt contain full instrument approaches.

Weve dealt sternly with the editor who was supposed to do the fact-checking on this. He promises to use his mousing hand to better check the manufacturers web sites and get all the facts, once his thumbs heal.