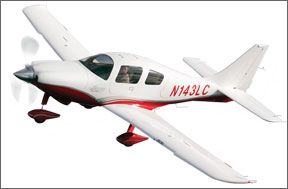 Ill concede that selling airplanes costing more than a half million bucks isnt exactly a picnic in the current market. Theres plenty of wealth out there to support such purchases, but the competition is fierce, especially between Cirrus, Columbia and Mooney, all of whom ply the high-performance single market with impressive

airplanes that really are the best the industry has thus far produced.

Perhaps because the airplanes are so evenly matched-or maybe its just tradition-the sales claims tend toward the hyperbolic, a notion were examining on page 4 of this issue. One for instance: On its Web site, Columbia gives 235 knots as the maximum cruising speed for the 400, compared to 220 knots for the Mooney Acclaim. Yet Mooney says the Acclaims “normal” cruising speed is 237 knots. Neither company offers detail on how these numbers were derived. As our report indicates, the Mooney outran and outdistanced the Columbia in our flight trials. Columbia wants a rematch and agrees to a wing-to-wing flyoff.

Does any of this really matter? Evidently, it does. Several buyers we spoke to-Columbia and Mooney drivers-told us they pay attention to these claims and use them as a measure of the companies honesty. But a larger issue consumes every buyer weve interviewed: the companys financial health. “No question, its a concern,” said Columbia owner A.J. Stuper, whom we flew with for the comparison article on page 4, and who ruled out a new Mooney partially for this reason.

The companies most readers ask about-Columbia, Mooney and Cirrus-in that order, Id guess, are privately held and can do as they please with regard to revealing anything useful about the companys financial health. The last honest answer I can recall on this topic came from Paul Costanzo, then-CEO of Symphony Aircraft, which had just emerged from bankruptcy. When I asked him what assurance a buyer might have that Symphony would be around to support these airplanes, he conceded it was a fair question. He also conceded having no ready answer. Symphony is now in its second bankruptcy and predicting yet another rise from the ashes in 2008.

As the oldest of the companies under consideration here, Mooney has been through its share of receivership and reorganization. Both Columbia and Cirrus have experienced financing problems, Columbia more recently than Cirrus. Of the three companies, I see Mooney most at risk because its sales volume is low compared to the others. Mooney believes it can be profitable at under 200 airplanes a year and if that is indeed true, its prospects may be stronger than they appear at a glance. As weve reported, even in a world dominated by glossy high-tech airplanes, the Mooney product line is as good as anything flying. Mooneys challenge is to convince buyers of that.

Columbia has had an up-and-down relationship with its financing, it seems, most of which is offshore money from Asia. Unknown is how the current volatility in world money markets will affect further inflow of capital. The subprime mortgage crisis and soft housing economy is having wider psychological impact than many thought it would. Cirrus continues to be the strongest player in this group, at least sales wise, rivaling Cessnas numbers. On the other hand, its taking on a jet project, even a modest one of which can evolve into a black, bottomless money pit. In my view, this is both an opportunity and a big risk for Cirrus.

Theres more right about these airplanes than wrong. But in the end, with the exception of Beech and Cessna, buying a new airplane is still a crap shoot. I dont see any short term market conditions that will change that, no matter how many sales managers say it isnt so.