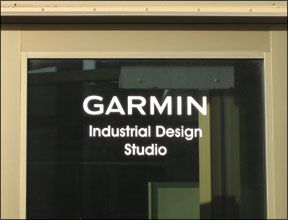 Those of you keeping score at home might have noticed this is the second sequential issue with a Garmin product in the lead story slot. We generally dont like to do that, but Garmins new aera line of portables was the big news that needed to come first. I, half jokingly, said to Editor Paul Bertorelli that we were going to start getting letters addressed to The Garmin

Consumer. He, only half-jokingly, quipped back, “Yeah, but theyre the only ones innovating.”

That statement is both true and false, and quite telling in both ways. Garmins aera isnt even the second touchscreen portable GPS on the scene. Its more like the fourth, behind Anywhere Maps ATC, and Honeywells AV8TOR and AV8TOR Ace. And if you count Tablet-PC solutions for cockpit GPS navigators, the aera just entered a crowded room.

And yet, its going to clear that room. Well place our bets now that the aera will outsell all the competition. We wouldnt be surprised if it outsold all the competition combined. The success will be partly because more people trust the big name they know. But it will also win the feature battle because, as we see it, Garmin leveraged its size and experience to hit more high notes than the competition. The AV8TOR Ace has approach plates and scanned charts, and the aera does not. The Anywhere Map ATC is similar in size and bests the Area on price. But the aera has, in our view, a better user interface and automotive mode (leveraged from Garmins Nuvi line), just about the right size and weight (again, leveraged from the Nuvi), the smallest and best XM WX solution (inherited from the 396/496) and the slickest yoke mount and connection system (developed directly in response to shortcomings with the x96 line).

Size can matter even more on radical innovations. We talked with Garmin about the infrared touchscreen technology for their G3000 flight deck thats in the works. They tried to find a system that was up to the task and couldnt. So they built their own. No small company could do that. Not quickly and efficiently, anyway. Tour the Garmin headquarters and youll see they do most everything in house: design, prototyping, testing, distribution, support, marketing, commercials … everything but building whats allowed to be built overseas (panel-mount cockpit avionics must be made in the U.S.).

Case study two in this issue is the Cessna Skycatcher. Its arriving on the scene at the same time some other LSA companies are releasing third-generation aircraft. And its likely to step right into market dominance. Thatll be partly because its Cessna and people know and trust the name. But part of the reason people trust the name is because Cessna knows how to build airplanes. Does the Skycatcher sport some obvious aerodynamic tweaks and clean ups? Yep. Do these changes fix the issues with the prototype Skycatchers? Almost certainly. Again, the balance of features will probably prevail: a solid feel, a roomy cabin, Garmin avionics that make a natural progression up the line into other cockpits. For any doubters, I have one word: Mustang.

Case study three is Tecnams new twin. Tecnam isnt a big company, but its building on decades of design history. Its also hitting a soft spot where there is essentially no competition, and trying a mix of known technologies to make something new. That second point is key. By combining the known into the new, Tecnam mimics the power of being an industry giant without having to be massive itself. Thats probably a smart strategy in any industry, but in a niche thats as small and yet as technology-driven as aviation, that may be the only strategy if youre not already one of the few big dogs. And even then, if a big player decides to enter the same sub-niche youre in, look out.

Well keep looking for the upstarts with a bright new idea thats still off the radar-somewhere the next Gary and Min are working in a basement. Until then, expect to see more big names in our pages even though they dont by ads. Theyre here because theyre big and nimble. -Jeff Van West