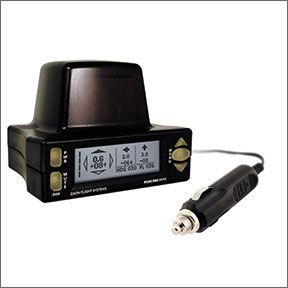 An acquaintance recently mentioned that she was considering going back to school for an advanced degree in business, but that she didn’t want to take a required marketing class. She said that, to her, marketing was teaching people how to lie. Her remark caused me to recall some of the less-than-scrupulous techniques used to sell aviation products and how buyers have been burned. I’ve been thinking about all of this as I consider a developing concern with the marketing of the fine Zaon portable collision system.

At the truly ugly end of the spectrum, I’ve written about the whoppers that are regularly told by sellers of used airplanes—the ratio of sleaze to truth one runs across when in the market for a gently used airplane can be depressing. Ever since the Montgolfiers’ balloons, the three basic rules of buying a used aircraft remain invariable—never, ever buy unseen; have your maintenance technician do a careful pre-purchase examination and be willing to walk away.

When it comes to new airplanes and products, I expect a high standard of truth and disclosure—after all, we’re talking products where a defect or failure to disclose can be fatal. Yet, even in a business as mature and highly regulated as is general aviation, the truth isn’t always told. That keeps this magazine busy.

In a competitive market, the pressure to over claim or simply not fully disclose information can be overwhelming. For example, few pilots know that the cruise performance section of a POH is not FAA-approved as are some other sections. Plus, prior to 1976—back in the days of the Owner’s Manual—nothing in the book was FAA-approved. It is up to the manufacturer to decide what to put in for cruise speeds. For a time in the 1960s and 1970s, there were a few manufacturers that were putting out cruise numbers that ranged from optimistic to poor fiction.

Exposure of the practice in this magazine in the 1970s was, in my opinion, one of the reasons most cleaned up their act. It’s one reason Aviation Consumer is careful to check performance numbers when reviewing an airplane.

It seems to work—I’ve been reviewing airplanes for this magazine for more than 15 years. My experience is that the published numbers are usually accurate to within one or two percent.

A major part of my job is to expose foolish claims and call out companies that cross ethical lines in advertising. As we go to press, I’m concerned that some of the very reputable, major aviation retailers may be doing just that.

Recently, I have received word from readers that Zaon, maker of portable collision avoidance products that have received good reviews in this magazine, has closed its doors. Larry Anglisano, our avionics guru, and I have been trying to find out if Zaon is out of business. All of our efforts to reach Zaon have failed

I hope whatever is going on with Zaon is just temporary.

If Zaon is gone, it means a buyer is out of luck if she or he needs warranty or customer support. However, in my perusal of retailers that sell the Zaon XRX, I’ve noticed that every one has marked down the price at least 30 percent—yet none of them have mentioned that there is currently no customer or warranty support.

While a prospective buyer may decide that it’s worth the crapshoot of buying a unit that costs more than $1000 and will have no warranty or customer support because the price has been so heavily discounted, she or he should know a substantial bet is being made. It’s too early to tell if Zaon is gone, but anyone selling its products should be disclosing the highly increased risk of buying. —Rick Durden