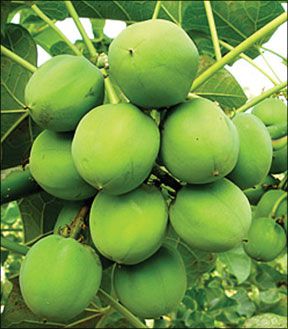 SHOULD GOVERNMENT PRIME THE FUEL PUMP?

“Governments view of the economy,” wrote the oft-missed Ronald Reagan, “could be summed up in a few short phrases: If it moves, tax it. If it keeps moving, regulate it. And if it stops moving, subsidize it.” The last nugget of that quote,

government subsidies, accurately encapsulates the alternative fuel industry and especially ethanol. Yet it was Reagan, that stalwart of small government and free enterprise, who signed bills extending loan guarantees for the then-nascent ethanol industry. What does this have to do with aviation? We may be about to do it again in the name of preventing aviation from fouling the air with carbon dioxide and turning the planet into a hot house that will melt the polar icecaps.

A little history: The ethanol industry traces its roots to the Nixon administration, whose agriculture department pushed for more corn production and propped up the inevitable price collapses with government subsidies. When technology emerged to convert corn into high-fructose sugar and, eventually, ethanol, the farm lobby struck gold. It engineered Congressional loan guarantees, price subsidies and even tariffs to protect the industry against cheaper foreign competition. The ostensible cover for politicians voting for these programs was that ethanol would help the U.S. achieve energy independence which was then as it is now, preposterous. (Recall that in 1982, the Arab oil embargo was still fresh in the memory of many, as was the second oil supply shock of 1979.)

Yet the subsidies remain. Although voters are wising up-there was a bipartisan effort to kill the subsidies and tariffs in late 2010-ethanol industry tax support was extended for at least another year as part of the presidents tax deal. But theres growing market rejection of ethanol and it may yet be forced to stand on its own economically.

Meanwhile, aviation is leading the charge for the next round of potential juicy subsidies: so-called advanced biofuels. These include a range of technologies including cellulosic (rather than distilled corn) ethanol, hydro-treated renewable jet fuel from various feedstocks and Fischer-Tropsch-derived synthetic kerosenes. This time, the fear factor cudgel is climate change. These fuels are seen as greener, emitting less carbon dioxide than traditional petroleum-derived fuel. As an added pot sweetener, the military is solidly behind these programs, both because of climate change considerations and strategic supply concerns. Military testing has lent early credibility that the ethanol industry never enjoyed. Moreover, theres a lot of government money circulating to support this development and despite budget cutbacks, more is likely coming.

None of this means that advanced biofuels will prove remotely economically sustainable unless the price of oil hits some unknown tipping point. (It could.) Similar rosy predictions were promised for ethanol and 30 years later, theyve failed to materialize. The danger is that we evolve into a fuel economy with continuing subsidies for ethanol and more and larger ones for advanced biofuels, hoping against hope that they too will eventually turn the economic corner as ethanol never did.

So as an aviator, you definitely have a dog in this fight, even if you fly a piston airplane. Swift Fuels is the highest visibility player in the piston aviation biofuels game and what happens on the larger stage will affect its fortunes. Thus far, the technology isnt evolved-or at least proven-to the point that it can demonstrate its economic viability. Or fail to. But that day is coming.

Meanwhile, do you think the government has a role? I actually think that it does. Well-structured and intelligent government grants can serve to prime the pump in ways that private enterprise cant (or wont) do on its own. Want an example? On the world market, the U.S. ranks 16th in internet access penetration behind many countries in which government-enterprise partnerships have accelerated the development of this vital utility. Driven purely by profit goals for the next quarter, private enterprise hasnt delivered because so few companies are willing to invest for the long haul.

Unfortunately, as Ronald Reagan might have said, well-structured and intelligent dont belong in the same sentence as government. So the challenge for us is not to figure out if Jatropha can be made into a workable fuel-we already know that it can-but to let free market forces decide if we want to pay what it really costs.