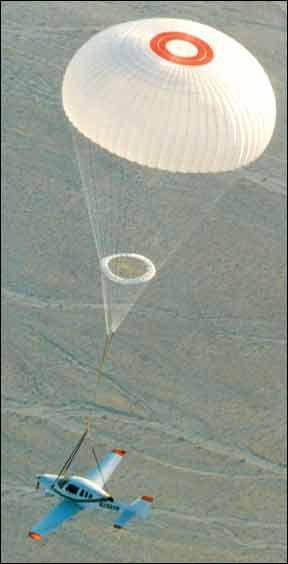 A Close Look at Cirrus
When Alan Klapmeier was in his stride at Cirrus five years ago, he liked to say that one thing he hoped to accomplish at Cirrus was to prove that you don’t need special DNA to fly an airplane. That’s probably true as far as it goes, but the other shoe to be dropped is this: You might need some special DNA to survive flying an airplane.

That’s one of several conclusions I came to after poring over more than 500 accident reports for this month’s article on SR20 and SR22 safety. With its 26G seats, crashworthy cabin space and especially the CAPS BRS parachute, Cirrus didn’t necessarily promise the SR20/22 would be one the safest airplanes ever. But the fact that buyers would readily conclude this for themselves has been instrumental in the Cirrus success story, because of the parachute’s “spouse factor.” So with all this going for it, why don’t the Cirrus airplanes have the best safety record ever? The record shows they are just average and the fatal accident rate is a little worse than average.

My theory to explain this relates partially to Klapmeier’s DNA comment. As an instructor, I have seen a few—very few—people who just don’t have the talent or ability to fly an airplane. I have seen many more who can fly, don’t necessarily do it in a relaxed or skillful way, but definitely do not handle novel situations or emergencies well. Under duress, a kind of paralysis sets in, making the kind of deliberate, focused thinking necessary to resolve an emergency unlikely. And that’s the DNA part. Some can do it, some can’t. If this is true, then putting a big red handle in the airplane that you can pull to get out of trouble won’t help everyone because the soon-to-be victim in the left seat is incapable of analyzing his situation well enough to act. The parachute might just as well not be there.

So can pilots who don’t have the steely-eyed DNA trait be trained to overcome this shortcoming and to decide and act? Cirrus owner Rick Beach, who has studied Cirrus accidents extensively for the Cirrus Owner and Pilots Association, gave a terrific talk on the subject at COPA’s convention last summer. The evidence that pilots do become overwhelmed and fail to pull is from experiences in a full-motion simulator where that very thing has happened.

Beach concludes that an emphasis on better decision making with regard to CAPS would almost certainly have turned some of those 83 Cirrus fatal accidents into BRS saves. His view is to teach pilots to think of CAPS not as the last resort, but to consider it early on in an emergency response. That doesn’t mean you’d pull the handle immediately in every possible abnormal, but you would place that possibility higher in your list of potential responses.

An example? In an engine failure, most of us would respond traditionally: Establish best glide, find a field and set up for the landing. Given the success of CAPS outcomes, the more rational response is to simply deploy CAPS, if you’re within its operating envelope. CAPS has yielded some wild touchdowns, but everyone has survived optimal deployments with acceptably low injury rates.

But considering the training load necessary to keep up with a complex airplane like the Cirrus, is adding more fine-point decison making about CAPS doable? Beach thinks it is, but he’s also a realist. Two things must be taught: the ability to maintain awareness of the situation and the ability to act. Beach figures COPA members, who have a far better safety record than Cirrus owners at large, are relatively proficient at this. But when I asked about Cirrus owners in general, Beach figured only about a quarter of them could focus and function well enough to pull the handle. That’s another way of saying CAPS training has a long way to go. It’s not there yet. —Paul Bertorelli