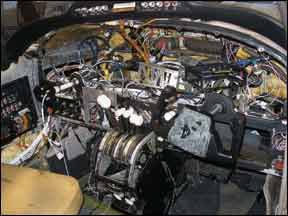 The letters in this months issue illustrate the dilemma Garmin finds itself in. I dont know if the company sees this from the inside, but its noticeable from where I sit. Specifically, the new GTN series they launched this spring is striking some buyers as not that great, which is something we never heard about the GNS430 and GNS530

when they were introduced.

Whats the problem here? I dont think its all price, because these products cost a little more to install than did their predecessors a decade ago. Adjusted for inflation, theyre close. I think its perceived value, or lack of it. For the money, say some readers, these boxes just dont do enough more than the current generation of mapcomms do.

My colleague Jeff Van West and I were discussing this the other day and the first question that arose was, “Well, what else do you want these things to do?” If youre actually going to fly the airplane, you have to have some kind of interface with the equipment­-you have to at least tell it what you want it to do. Isnt this part of the challenge and joy of flying? I always think about this when I see an ad for one of those luxury cars that will parallel park itself. Scuse me, Im no Luddite, but when I get to the point when Im satisfied with my car parking itself, somebody please take my keys.

There has always been a class of pilot/buyer to whom flying is just a means to an end-a way to get there efficiently and fast. Some small percentage of those owners would, if they could, have an airplane that they could program from a home computer, then just start the engine and sit there while the airplane did the rest. That percentage is probably larger now, but I doubt if its large enough to constitute a meaningful market.

What I think Garmin has discovered is a sea change. A decade ago, buyers were willing to be shocked and awed by every new GPS that hit the market, they had the money and they would spend it. Now, theyre more jaded, have higher expectations and if they have the money, theyre damn picky about how they spend it. Im not suggesting the GTN series is or will be a flop. But clearly, the reaction isnt what weve seen before.

This has interesting and unknown implications for the longevity and value of the legacy fleet and for the whole of GA. Many owners feel the grind of market forces chipping away at their expensive investments. A flat economy is one, uncertainty about fuel-prices and availability-is another. The aging of the pilot population probably has an effect, too, and more older pilots are selling out with fewer new ones standing in line to buy their airplanes.

With the GTNs, Garmin has set the clock ticking on the remaining life of the GNS navigators, of which there are thousands in the market. If owners dont see the value of upgrading, at some point, the sunset for those products will be in view. Whats that going to do to legacy fleet value? Its almost certain to have an impact of some kind.

Whether were looking at the frayed edge of accelerating depreciation or an opportunity that may hinge on how creative avionics dealers are in generous trade-ins and sales efforts for the GTNs. Ive already heard from two dealers complaining that Garmin cut their margin on the boxes, an effective price increase that just gets passed to the customer, further depressing sales.

I suspect that they also dont yet have a sense of used values for the GNSs and are wary of making a $3000 mistake on a trade-in. From the dealers Ive talked to, this is a ticklish place to be and if would-be buyers sense it, its no surprise that many of them are sitting on the sidelines. -Paul Bertorelli