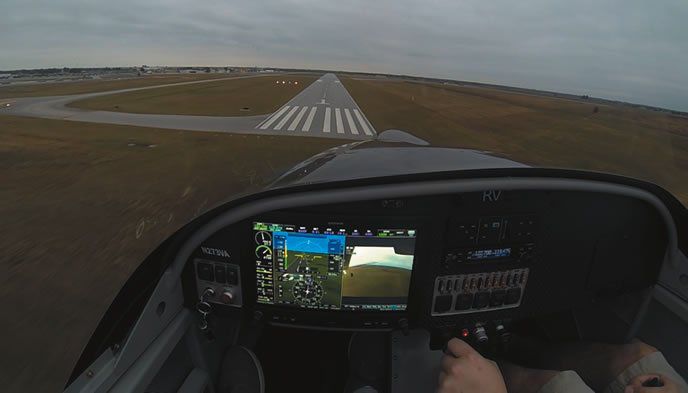 That was proven at this year’s National Training Aircraft Symposium held at Embry-Riddle Aeronautical University in Daytona Beach, Florida. The annual event gathered alphabet group leaders, aircraft and avionics manufacturers, and educators from many major aviation colleges and universities. The major focus at this year’s NTAS event was addressing the challenges of equipping the training fleet for the 2020 ADS-B mandate. But it was also an opportunity for a sales pitch.

Reps from Textron (with its combined Cessna and Beechcraft line), Cirrus, Diamond and Piper all presented their lineup of piston single- and twin-engine trainers—all of which come standard with ADS-B Out solutions. But also present was Van’s Aircraft, with the RV-12 factory-built S-LSA, plus Tecnam Aircraft, which offers several LSA models. But despite a well-presented and convincing overview from Van’s Aircraft’s Wally Anderson and Tecnam’s Shannon Yeager, it was obvious that training fleet operators had little interest in acquiring LSA models no matter the cost, build quality, avionics and utility.

Anderson noted that the RV-12 has an integrated Garmin VIRB action camera, which can be a useful tool as primary students try to master landings. Moreover, he made the point that inflight footage could be an effective means for promoting the university and flight program, given the students’ use of social media.

According to Anderson, Rotax-powered trainers are simple to operate since they don’t have a mixture control. He also noted that Van’s has an above-average safety record in the experimental aircraft market, is on par with the safety record of certified models and that priority support effort will be given to flight training organizations when it comes to parts supply and maintenance.

When compared to a Cessna 152, the modern glass cockpit-equipped RV-12 looks better on paper. For the student looking for a modern design, the RV-12 might have more ramp appeal. It can cruise at 132 MPH, compared to 123 MPH for the 152. It climbs at 900 FPM, compared to 715 FPM, and has a 560-pound useful load, compared to 489 pounds in the Cessna trainer. But the body language in the room was telling—no matter how good the RV-12 is, it’s still an LSA—with a perceived fragile design that has mostly defined the LSA market. In the hands of ham-fisted students, earlier LSA models haven’t fared well. That’s a reputation that will be hard to outgrow, even though the RV-12 has been successful in training environments and has benign handling characteristics.

When Tecnam’s Shannon Yeager bluntly asked educators if they would consider adding Tecnam or Van’s models to its training fleet, he heard crickets. There’s more to it than a cost savings, although the additional costs of more expensive trainers is easily passed along to the student to maintain commonality across the fleet. While that does little to reduce student debt, for training fleet operators, it’s as much about durability, serviceability and familiarity as it is image.

“For us, availability and maintainability is huge. We beat the hell out of our training airplanes. When we bring them in for service, there generally isn’t anything we can’t fix. If I bring in a separate LSA fleet for specific and limited training conditions (i.e., day VMC), it complicates how we dispatch the overall fleet. We see it as a risk,” said one operator of a 100-plus aircraft fleet.

That risk is partly due to the unknown of how a particular model will hold up in a rigorous collegiate training environment, although there are examples that some LSAs might successfully handle the role as a primary trainer. Tecnam’s Yeager pointed out that some Tecnam models suitable for primary training have a 17-knot crosswind component, something that can’t be said for other trainers.

I later asked several university department heads what it might take to increase their confidence in a modern LSA training fleet. Most needed proof that the aircraft would match the reliability, serviceability and durability of their existing fleet, but just aren’t willing to make the investment to find out.