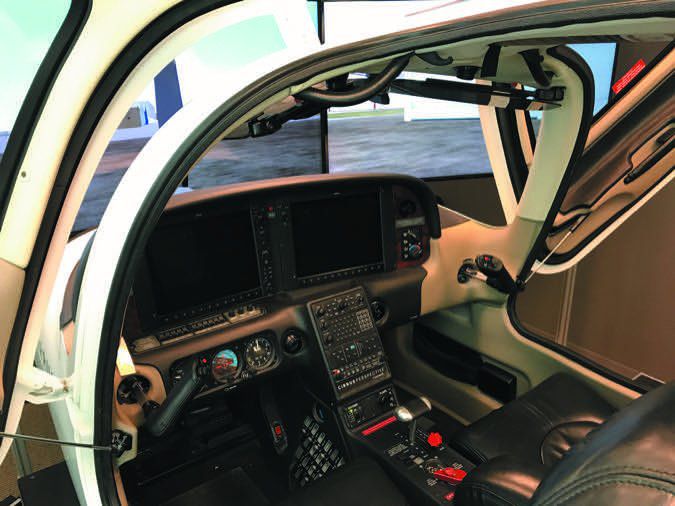 In the early 2000s Cirrus learned that equipping an airplane with a parachute and gee-whiz avionics doesn’t necessarily make it safe. As was proven more recently, favorable accident stats come from focused training. But as one Cirrus sales pro put it, it’s the Wild West when it comes to the market of used SR20s and SR22s because some buyers either get the wrong training or in some cases, no transition training at all. A get-in-and-go approach doesn’t work well in a Cirrus.

While no fault of the company, it’s an ugly day for the Cirrus brand when the new owner of a used SR22 makes the evening news after balling one up, as was the case not far from my home field this past spring. The second-gen SR22 wasn’t in the owner’s hands for more than a couple of weeks before it ended up in a fireball on the other side of the airport fence after several unstable attempts at landing in benign visual conditions. Ivy McIver at Cirrus told me these kinds of mishaps are why the company decided to offer complimentary transition training to Cirrus buyers new to the aircraft—no matter its age or where it was sourced.

The program is called Cirrus Embark and it’s an add-on to the company’s existing Cirrus Approach training program. Part of the goal is to address the operational differences in stepping up to a Cirrus from other aircraft models. What’s bold about the Embark program—aside from Cirrus eating the cost—is that the invitation is open to new owners of any Cirrus (including all partners in a shared ownership arrangement) no matter where they bought the aircraft. It could be one sourced from a used aircraft dealer or from an individual.

To qualify for the program, owners must have at least a private pilot certificate and must enroll in the program within 30 days of purchasing the aircraft, plus the training must be completed within 60 days of program enrollment. The aircraft must also be in airworthy condition and the training must be accomplished in the customer’s own Cirrus. The program includes one-on-one Cirrus transition training with an authorized Cirrus training provider, which is tailored to the pilot’s previous experience. So if you are stepping out of a Cherokee, for example, the Embark training will focus partly on the differences in the two airplanes.

By now Cirrus knows just what it takes to transition pilots to the SR22 and entry-level SR20. The Cirrus Transition training course focuses on mastering aircraft control, engine management, integrated avionics and emergency situations. Completing the course generally satisfies many insurance company requirements and covers the initial checkout procedure for pilots new to the Cirrus.

Once enrolled in the program, a Cirrus flight training advisor contacts the customer to discuss specific training needs and connects them with a Cirrus standardized instructor pilot (CSIP) or Cirrus training center (CTC). Up to three days of training is included, plus the program also includes a one-year membership to COPA, the Cirrus owner/pilot association. The Embark program will cost Cirrus some money, but maybe not as much as the lawsuits that might come from existing airplanes getting into the hands of poorly trained new owners.

Speaking of unfortunate wrecks, I recently sat down with Icon Aircraft’s CEO, Kirk Hawkins, who told me the NTSB is close to releasing its final report on the crash of the company’s A5 LSA. Last May the crash killed Icon’s chief engineer, Jon Karkow, and senior engineer Cagri Sever. The investigation moved along much quicker than others because all Icons are equipped with a flight data recorder that logs a trail of data points, ranging from aircraft configuration to position and altitude for all stages of each flight. While some have objected to this equipage requirement, it has utility. Based on the data logged from the crash, Hawkins suggested the A5 itself will be cleared as the cause, but I think it will be a reminder that the joy of water flying comes with higher risks.