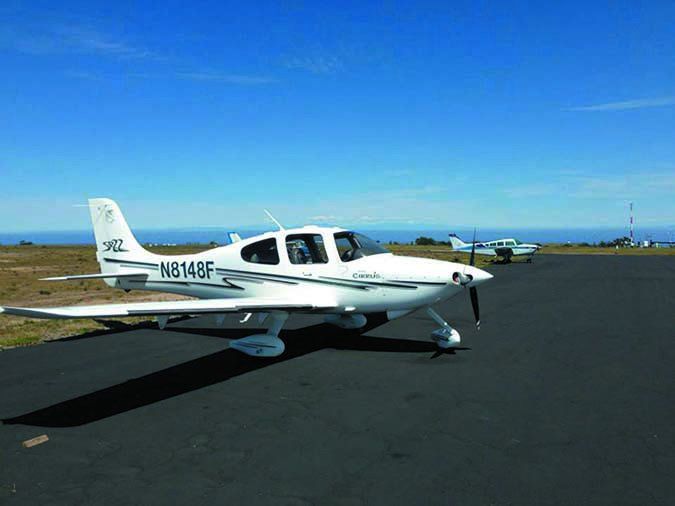 I have to think there would be more flying activity if non-owners had access to nicer aircraft. A friend who tried to get motivated to get back into flying after a 20-something-year hiatus ended up throwing his budgeted rental money to a new motorcycle because he couldn’t find a flight school rental that he felt was worth $150 per hour. “These aircraft are rough around the edges,” he told me. I guess it ain’t easy climbing out of a new Lexus and plopping your Dockers on a ripped Cherokee seat. But what about owners who keep decent aircraft parked because they can’t afford to fly them? The management at California-based Plus One Flyers—the oldest and largest flying club in the country—believes it has found the ultimate solution to both problems. It has nothing to do with making a profit, but more about sustaining aircraft ownership. Plus One’s president Tom Reid calls it the magical triangle that’ll work for any flying club.

The triangle consists of aircraft owners, flight instructors and rental pilots—nearly 1600 total—who are all members of the decades-old club that operates at four California airports. Instead of buying aircraft, the club leases its aircraft from member owners. It’s a diverse fleet: from Bonanzas and Cirruses to Citabrias and Senecas. The aircraft owners remain independent in the sense that they are free to remove the aircraft from the club at any time, plus the owner manages, maintains and sets the rental rate (which includes the fuel) of their own aircraft.

The other leg of the triangle is that club members have access to over 100 independent flight instructors who are required to be dues-paying club members. Plus One makes it clear that it isn’t a flight school and it doesn’t operate to make a profit (it’s organized as a 501(c)(7) mutual benefit corporation). Plus One charges every new member a $99 initiation fee, plus a $31 monthly fee (waived for aircraft owners) for access to any aircraft in the club. The club is managed by board-appointed officers and 15 member-elected volunteer board directors. Two-thirds of the elected directors are aircraft owners and there are over 70 aircraft in the club. The club maintains a strict code of conduct and requires members to attend regular safety meetings. Plus One provides a broad set of uniform managed services, including web scheduling, automated rental payment billing and collections, monthly reporting and a commercial insurance policy, which covers each member as a named insured pilot. There’s also an insurance deductible plan, which is a budget set aside to help pay for things above and beyond the normal wear and tear of use. If a member pilot breaks something, the plane’s owner can get it replaced at the club’s expense.

The club pays the aircraft owners each month, based on the airplane’s rental hours. While there is no management fee, the club takes 3 percent of the rental charge that is used to pay credit card servicing fees. The club found that appropriately priced aircraft that fly an average of 45 hours per month tend to return 100 percent of the operating cost to the owner. Of course, if an owner prices the airplane too high or doesn’t keep up with improvements (including aesthetics), it won’t rent. A huge flying club by any standard, Plus One discovered that a roughly 1:20 aircraft/active member ratio works well. There’s competition among aircraft owners, which keeps rental prices in check. Got a hangar the renter can park in while out flying? Your airplane may have an advantage compared to another owner’s plane that’s parked outside.

Reid—who put his new Cirrus (and a 182) in the club several years ago—admits that a flying club leaseback isn’t for every aircraft owner. You’ll have to accept that the airplane will get used, perhaps not as gently as most owners would like. But in Reid’s case, the rental income paid for a new engine, maintenance and it helped pay back the loan early. Reid—a finance guy—says he would personally counsel anyone interested in starting a similar model. Plus One Flyers is at www.plusoneflyers.org. We’ll look at the hard economics of a flight club versus flight school leaseback arrangement in an upcoming article.