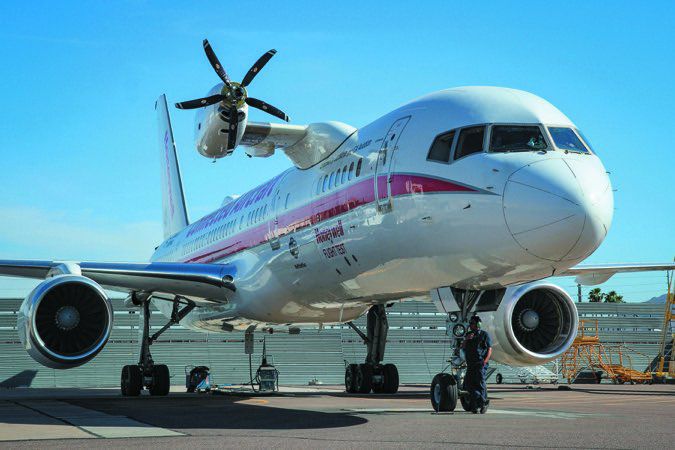 I always think of AirVenture as the last chance, final frontier when it comes to product marketing and this year my eyes were laser focused on Honeywell and its BendixKing division. Once the king of all avionics, BendixKing has been, as we say around the office, the lost ball in tall grass, with a history of unveiling prototypes of fresh products that ultimately end up stalled in a long certification process. The KI300 retrofit EFIS display unveiled several years ago, which is the proposed replacement for the ancient KI256 mechanical flight director, is only one example.

With little if any fanfare, BendixKing showed up at Sun n’ Fun this past spring with the clean-sheet-design XVue Touch retrofit flight display, plus a certified version called the AeroVue Touch. We actually missed reporting on these products at Sun n’ Fun because there were no press announcements that we saw.

But it was a different BendixKing that showed up at this year’s AirVenture. The company put on an impressive media event, which included one-on-one time with the AeroVue Touch project manager Karan Shrivastava—a guy who knows the product inside out—and who knows how to tell the media and prospective buyers all about it. If you didn’t see the system at AirVenture, it’s legit. The 4K graphics quality of the AeroVue Touch display is impressive and the feature set is shallow, but logical and complete. It’s also one of the first systems to use the Seattle Avionics Slingshot wireless nav data update technology. The built-in Slingshot tech curtails the database and chart update process by streaming the data into the display directly from a tablet computer. Look for a video tour on the Aviation Consumer YouTube channel and on our Facebook page. The company also showed up at AirVenture with STC approval for the multi-screen AeroVue integrated flight deck for the Beech B200 King Air, which I got to fly with in Honeywell’s King Air test bed at the show.

As you can imagine, the AirVenture skies aren’t the best place for demo flights, especially when looking at new avionics where your eyes are inside the airplane. But BendixKing, through its demo pilot Dan Johnson, did a good job staging (from a busy Basler Flight Service at Oshkosh) multiple IFR flights to a less congested Stevens Point Airport in Wisconsin in the King Air so a few of us in the press could see the system in action. The system, which trickles down from the Honeywell Apex suite used in the Pilatus PC12NG, was fully functional and did everything BendixKing said it’s supposed to.

But the real attention getter was Honeywell’s Boeing 757 test bed parked front and center in Boeing Plaza. As you see in the main photo above, it currently flies around a turboprop engine, and what you don’t see, a bunch of new avionics that Honeywell is developing. I talked with Joe Duval, Honeywell’s chief pilot, who said that Honeywell has no fewer than 15 R&D test aircraft, including the modified 757. This Boeing is the only aircraft in the Honeywell test fleet that has engine testing capability (for turboprop or turbofan engines). It underwent three years’ worth of modifications to accommodate the third engine pod to support a variety of engines, and has an internal floor-to-ceiling fuselage frame to strengthen the airframe and support the extra load. The flying think tank is equipped with multiple workstations and dozens of computer networks. It’s something to see and Honeywell was showing it off to a long line of showgoers.

I think Honeywell has the right idea by trickling down existing avionics technology from its business and transport jet market to GA applications. At the press briefing, the company said there are other projects forthcoming and it plans on expanding the King Air AeroVue STC to other applications, while an STC for the AeroVue Touch is imminent by the end of 2018. We’ll see.