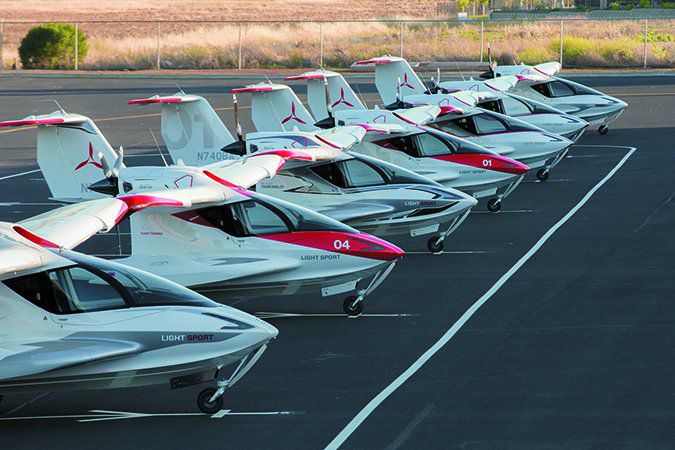 Unless you own a seaplane, the buzzkill after earning the seaplane rating comes when you try to rent one, or at least it was for me. With the ink still wet on the certificate and my chest puffed with confidence, I was ready to ditch the shirt and go splashing in the central Florida lakes, but couldn’t go solo because Brown’s Seaplane Base in Winterhaven, Florida, doesn’t rent its training fleet. I totally get it; Brown’s fleet of J3 floatplanes are too valuable to day-to-day cash flow to risk getting crunched and grounded, plus the insurance is off-the-charts expensive. If Michigan is a destination, Northwoods Aviation in Cadillac might let you rent its SuperCub on floats (skis, in the winter) after 10 hours of type experience and a signoff. Bring your own seaplane insurance—it isn’t included.

Faced with such dilemmas, the attention getter was Icon Aircraft’s recent announcement that it will rent a growing fleet (16 currently) of A5 S-LSA amphibs at Icon flight centers in Tampa, Florida, Vacaville, California, and soon a location in Texas.

Consider that less than a year ago, Icon announced delivery/production delays and production-worker layoffs shortly after the A5 earned certification. But making the aircraft accessible to delivery position holders, potential buyers and just about anyone else who wants to fly them seems a good test of the waters, while maintaining exposure. Recall Icon’s early vision of capturing a new market segment—particularly non-pilots who are active in power and other adventure sports. Icon’s spinoff business is a lot of things. It’s a dues-collecting flying club, a place to get a seaplane rating and rent one of the most modern and controversial seaplanes at market. It’s also a means for deposit-paying A5 future owners to get flying hands on the investment money.

Can’t afford to buy an A5? You can still experience the aircraft by biting off as much as you can afford. You can earn the LSA seaplane rating, complete a checkout for rental or simply fly with an instructor. Icon isn’t apologetic for the cost structure. The SFI (sport flying introduction) includes one 1.5-hour flight for $595. The ISS (initial sport solo) is $300 for the airplane, $95 per hour for the instructor, $400 for ground school and $299 for books and materials. Icon estimates a beginner pilot could require 10 hours of dual instruction before soloing.

For as action-packed and glamorous as flying an A5 seaplane may seem to aviation outsiders, insiders understand the risk—seaplane flying is edgy stuff. Since Icon president Kirk Hawkins and several other staff members are former military pilots, the company takes a military-type approach to training. Hawkins faces the risk reality head-on. He learned a lot by taking some of the better training that’s offered in other high-risk activities. This includes the Keith Code California Superbike school, Skip Barber racing school and aerobatic courses taught by winning air racers, to name a few. Can Icon make a successful business case for offering up the A5 in a training and rental environment? I believe it already has.

Hawkins made it clear that while its main focus is producing and selling aircraft, Icon recognizes the normal recreational consumer behavior of trying before buying. He’s also well aware of the high dropout rate in the dismal training market and says he knows how to fix it. According to him, “The consumer has never really been given an appropriate offering around aviation that is safe, easy, fun and relatively affordable. The Icon flight center is our thesis.”