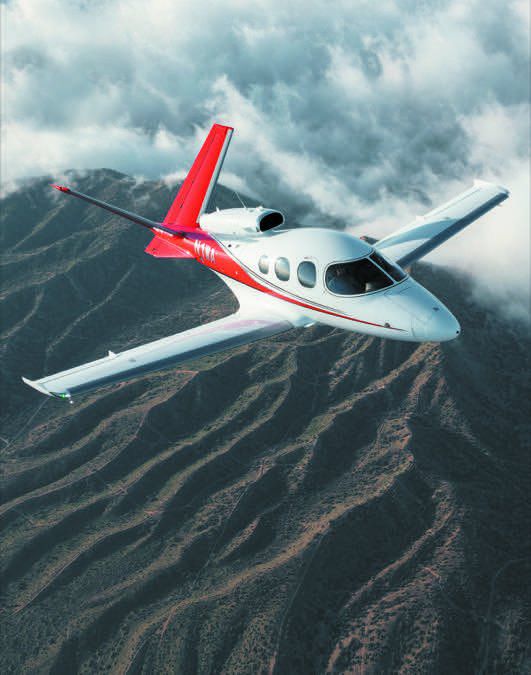 Kudos to your coverage of the Cirrus Vision Jet in the October 2017 issue of Aviation Consumer. Out of all the magazines that covered it, I thought you guys were the most thorough.

One thing you didn’t mention was the cost for insurance. I’m a 3000-hour piston pilot currently flying a pressurized Baron and my insurance agent wasn’t sure I could get coverage without doing the Cirrus training. Is it a prerequisite, as far as you know?

Thanks for your hard work and for delivering a useful publication month after month.

We appreciate your words, Ramone. As we mentioned in the article, you’ll need a type rating to fly the SF50 Vision Jet and for now the only place to earn it is at Cirrus.

As for insurance, as long as you have the SF50 type rating and have a current policy with your Baron, our sources tell us you’d have no problem getting coverage. Still, we couldn’t guess at what price.

My guess is that many pilots like me are over 40 years of age (I’m 62) and may not be completely familiar with newer wireless Bluetooth technology and its limitations.

After a radio failure on a recent flight, I tried to pair my newer Bose A20 Bluetooth headset with my new Samsung Galaxy S8 smartphone I bought to replace my aging iPhone 4, which would connect to my A20. The local ATC tower has a recorded phone line where they can issue control instructions in a pinch.

However, my phone did not recognize the Bose A20 headset as an available device or add it to the Bluetooth list—at a time when I needed it the most.

I called Bose and learned that the Bluetooth module fills up with only a few device connections and can’t recognize a new device until you clear out the old device signatures. This clearing process is buried deep in the A20 owner’s manual, but I think it’s poorly explained. There is no reference to filling up the Bluetooth pairing queue—which is the reason for the clearing process in the first place.

To clear the queue, you simultaneously hold the Bluetooth button and the minus volume control for 7 seconds. After doing that, my Samsung smartphone paired flawlessly.

I thought a note in Aviation Consumer may help some other pilots in the future when pairing a Bose and perhaps even other Bluetooth headsets.

After reading the landing gear mishap article in the October 2017 Aviation Consumer I was disappointed in your lack of understanding of the Piper Comanche landing gear system. Since the Comanche was the only Piper model used for comparison in your article, I assume that is what you were referring to when you wrote that “airplanes that use electric/hydraulic systems seem to be the most susceptible to gear extension failures. That would be Cessna and Piper and larger twins.”

Please be advised that the Piper Comanche landing gear uses an electric motor driving cables to retract and extend the landing gear. No hydraulic fluid is involved, except for the brakes.

I did enjoy the article and thought it was very informative. I have flown for the U.S. Air Force as well as the airlines and have never made fun of anyone who had the misfortune to land sans wheels. I still fly my 1961 Comanche and a 1944 SNJ, and I’ll be 80 years of age next year. When I retire from flying I hope to be able to say that I always landed on the wheels. Keep the shiny side up.

We know enough about that old Comanche’s landing gear system to suggest following the maintenance manual to the letter. While it isn’t a complicated system, it’s a source of trouble when neglected or maintained by techs who aren’t familiar with the problem areas. For starters, this includes replacing the bungees on a regular basis and ensuring that every bushing in the system has no play. As for those cables, there should be a slight amount of pressure on the over-center arms that hold the gear in the full down-and-locked position. This prevents the arms from moving up and out of the downlock position. If not, it’s a $60K slide waiting to happen.

You guys should do a story on shop labor rates. I recently got some avionics quotes and it was difficult to figure out what was being charged. Turns out it was around $90 per hour.

You didn’t say which region you’re shopping, but $90 per hour for specialty work like avionics seems a bit low. For typical pistons and light turbines, $100 to as much as $150 per hour seems to be the current typical labor rate. Flat-rate package pricing is actually in your favor as long as you have a written contract.